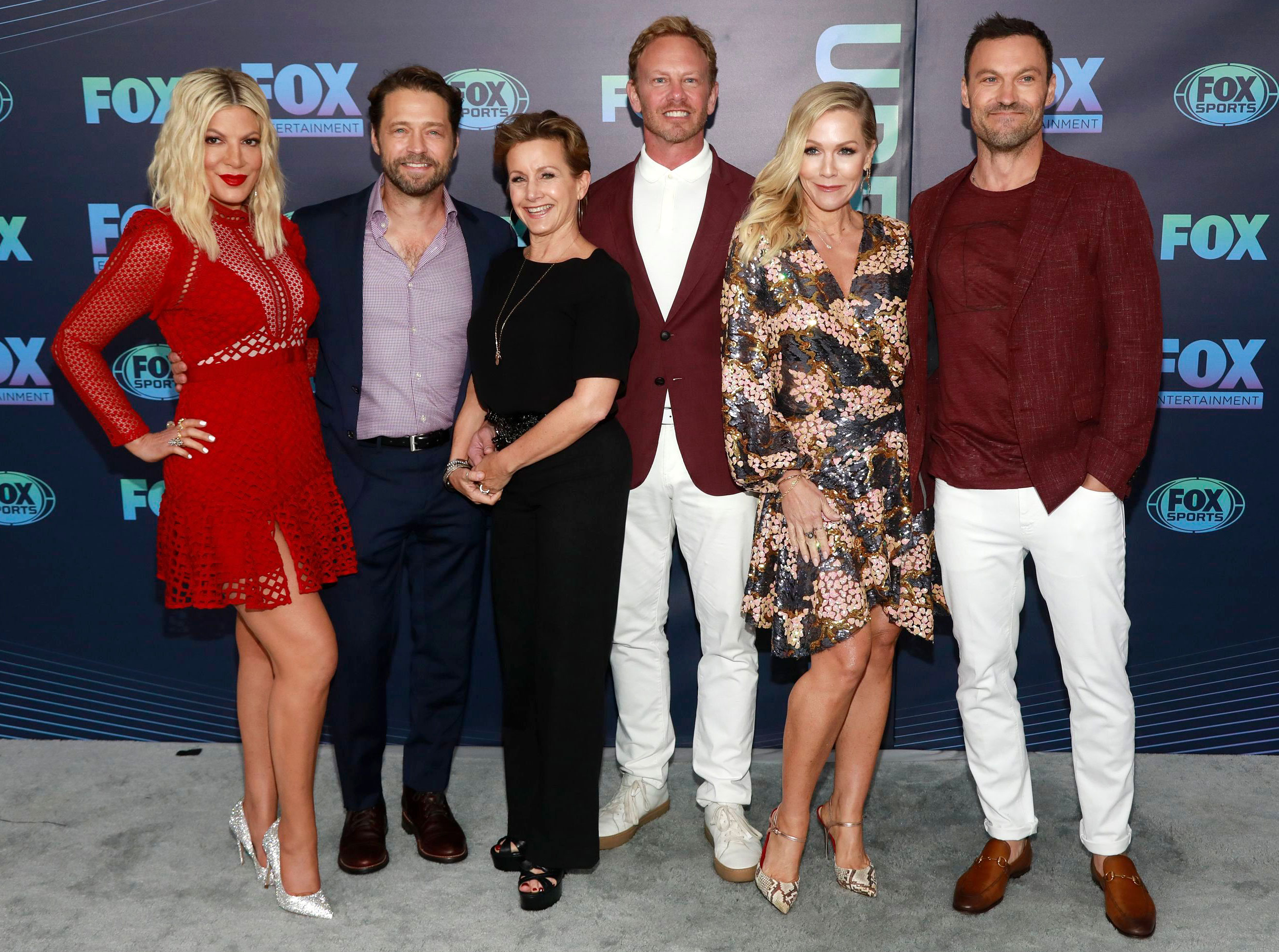 This feels familiar. BH90210 will not move forward with a second season after reviving Beverly Hills, 90210 with a portion of the original cast.

“We are so proud to have reunited in a very special summer event one of the network’s legacy series and casts with 90210 fans across the country,” FOX said in a statement to Us Weekly on Thursday, November 7. “Profound thanks to and respect for Brian [Austin Green], Gabrielle [Carteris], Ian [Ziering], Jason [Priestley], Jennie [Garth], Shannen [Doherty] and Tori [Spelling], who, along with the entire crew and everyone at FOX and CBS Television Studios, poured their hearts and souls into this truly inventive and nostalgic revival.”

Green, 46, sparked speculation that the series was ending when a fan asked about a potential season 2 via Instagram on Wednesday. “No more,” the actor replied. “Sorry.”

The Desperate Housewives alum also shared a photo of the Peach Pit set, writing: “What a fun trip back. Thanks to the fans.”

BH90210 premiered on FOX in August and aired six episodes before concluding in September. Spelling, Garth, Ziering, Doherty, Priestley and Carteris played exaggerated versions of themselves rather than the fictional characters they portrayed during the original show’s run from 1990 to 2000.

Luke Perry was not attached to the revival before his death in March at age 52 after suffering a stroke.

Doherty, 48, admitted to Us in August that she was reluctant to look ahead to season 2. “I think we should just focus on the six because — no projecting into the future,” she said. “Right now, it’s this very awesome miniseries special event that’s very cool, and I personally love that because I think the audience gets in, they get that flavor of all of us, what they wanted to see us doing, they get some nostalgia in there for summer. It’s the perfect summer thing.”

Spelling, for her part, had a different idea in mind. “We would love to continue to work together,” she teased at the TV Critics Association’s summer press tour. “It’s been such an amazing experience. I liken it to high school when you think, ‘Oh, you never get a chance to do a do-over,’ and there are things that you know now that you didn’t know then that you would’ve done differently and we get that opportunity.”

She added: “We have so many stories to tell that this could keep going season after season, so we hope it does.”

Related posts:
11/08/2019 Entertainment Comments Off on Not Again! 'BH90210' Canceled After 1 Season
Recent Posts
We and our partners use cookies on this site to improve our service, perform analytics, personalize advertising, measure advertising performance, and remember website preferences.Ok