It seems everyone has an opinion on new moms, and surprise, surprise: Meghan Markle was mom-shamed for how she held baby Archie just yesterday. The Duchess of Sussex and her son joined Kate Middleton and her kids at a charity polo match on Wednesday, July 10, to cheer on Prince Harry and Prince William.  After photos of the royal occasion were released, commenters started to scrutinize how the Duchess of Sussex held her 2-month-old baby.

Markle was photographed in a number of candid moments with Middleton at the King Power Royal Charity Polo Day as they played with their children. Some of the photos included moments of Duchess of Sussex adjusting the position of baby Archie in her arms. It’s a normal thing for a mom to do, but some took it as a sign that the new mom didn’t know how to hold her son. (Cue the eye rolls.) 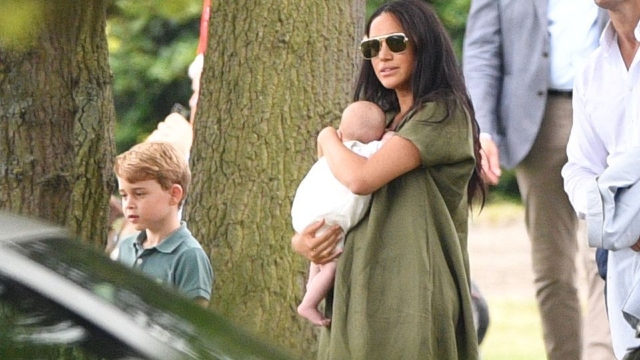 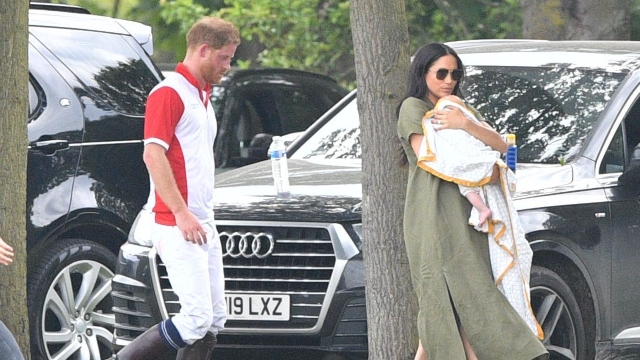 Critics pounced on Markle to accuse her of not knowing how to hold her son. Many of the comments were downright unwarranted. One person wrote, “Meghan looks like she’s about to drop him.” With another adding, “She is also not able to hold the baby.” Other comments were downright cruel, with one person writing, “You can tell she doesn’t even take care of her own kid. What kind of mother holds their baby like that.” Suffice it to say, the mom-shamers were out in full force.

But the Duchess of Sussex had a number of fans come to her defense. “She’s still new to it and we’ve all held our babies awkwardly,” one person wrote back to the haters. Another defender wrote, “She’s a brand new mother. Stop the damn mom shaming! Jesus!” Finally, one fsn put the argument to rest with the perfect summation of Markle’s body language, saying, “There are moms out there who didn’t know how to pick [up] their baby for months either, it’s a process so give her a break.”

To add to the defensive force, maternity expert, Lisa Clegg told The Sun about her professional opinion. “I personally don’t see any issues with the way Meghan is holding baby Archie,” Clegg said. “To me, her body language looks like she’s holding him in a very protective way, by supporting his bottom and the top of his back, so she’s ready to catch that inevitable head flip they sometimes do, until they learn better head and neck control.” Markle may be a royal now, but she’s also a new mother and is still learning the cues and tricks of motherhood. It’s great to see other mothers and maternal figures coming to her defense and setting the record straight that mom-shamers will not be tolerated.