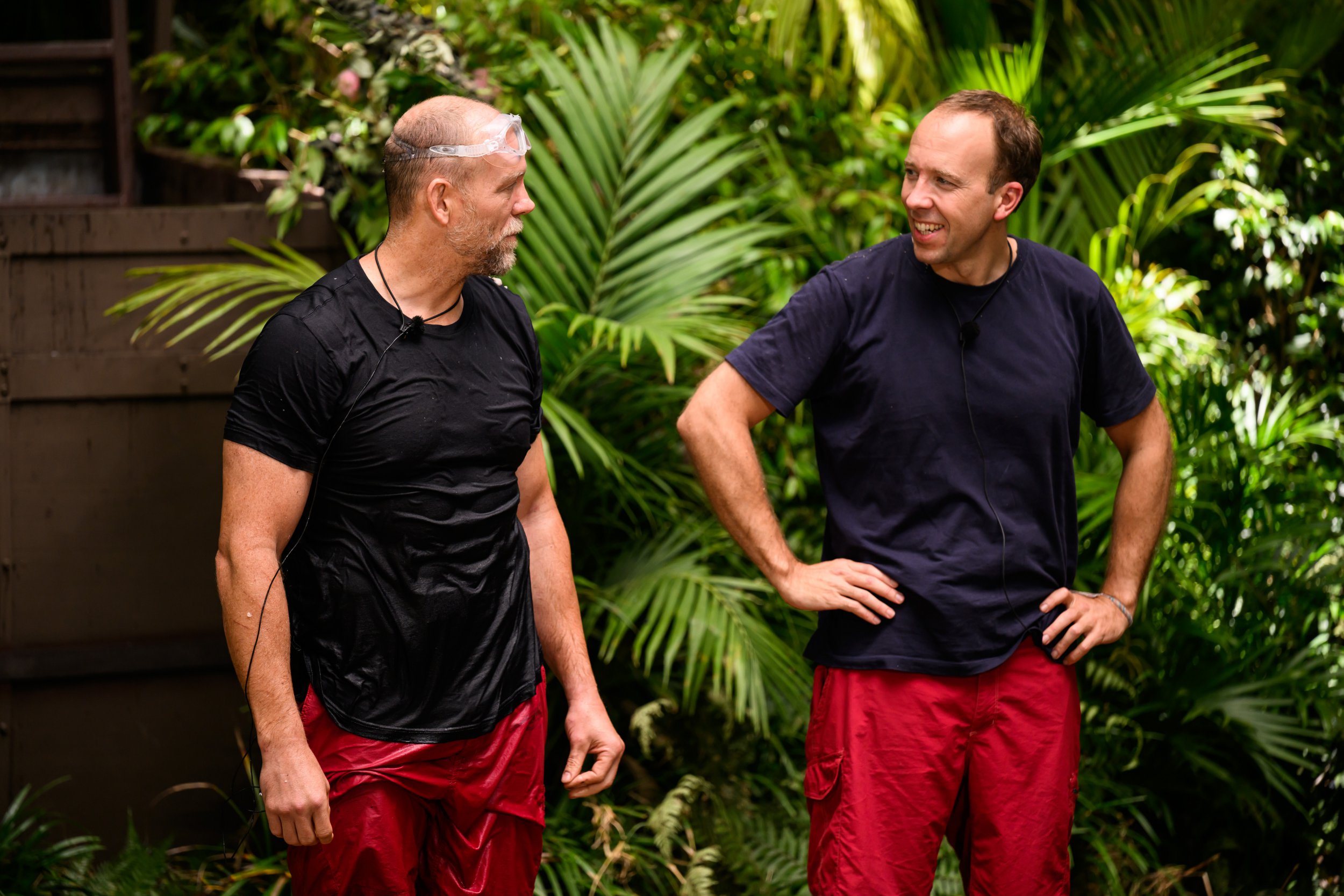 Matt Hancock has denied any accusations of Mike Tindall bullying him while they were both on I’m A Celebrity… Get Me Out of Here!

The former health secretary sent shockwaves through the nation and sparked a lot of backlash for his stint on the show, despite making it to the final, which Mike, making history as the camp’s first ever royal, narrowly missed out on.

During their time in the camp together, viewers noticed a bit of tension between the two and on his final day in the jungle, Mike told the camera that he thought Hancock was sneakily trying to garner more votes.

Mike ended up turning Hancock’s jumper over so his voting details weren’t visible and in the Celebrity Cyclone sparked viewer backlash for jumping onto the politician.

However, Hancock’s seen it as a ‘badge of honour’.

He said: ‘When he [Mike] landed on me on the Cyclone I took that as a badge of honour. He is a former England captain. He has won the world cup. That wasn’t him being tough on me. That was just larking about’.

He added to Mail Online that he didn’t ‘feel bullied in the jungle’.

The politician faced several grillings in the jungle, from the likes of Charlene White who questioned his ‘lockdown mistakes’ to Boy George, who certainly didn’t hold back any hard feelings.

Hancock continued to the publication: ‘I felt people asked the questions respectfully. They challenged me directly and I respect that. It was a lot more collegiate than it looked on TV.’

After Hancock left the camp to chat to Ant and Dec, they asked him directly why he decided to take part in the ITV programme.

Reiterating what he’d said in the jungle about wanting to seem ‘human’ as a politician, he responded: ‘Well I just wanted – well I said this in there. But I just wanted to show what I’m just like as a person.

‘Lots of people come to me with preconceived ideas for obvious reasons and I just wanted to be myself. But I also actually strongly believe that for politicians as a whole.

‘We don’t come across as human enough and this is probably the most extreme way of just showing who you are. I’m the guy who throws myself into things.’

I’m A Celebrity… Get Me Out of Here! is available to watch on ITV Hub.