Quentin Tarantino’s ninth movie, “Once Upon a Time in Hollywood” (opening in theaters Friday), is unlike most of the acclaimed director’s work. There are no chapters, it sticks to one timeline (for the most part), and Samuel L. Jackson doesn’t show up.

But one thing in the movie that’s a connective tissue to all his work is Tarantino’s obsession with all things Hollywood. Whether it’s movies, TV, or music, it’s that drive to celebrate these things that makes his storytelling so unique and motivates us to continue to go see his films.

Much has been made about the fact that “Once Upon a Time in Hollywood” is centered around the murder of the actress Sharon Tate at the hands of the Manson family in the summer of 1969. And though that infamous moment in history is certainly one part of the movie, the film’s heart and soul is the relationship between the TV star Rick Dalton (Leonardo DiCaprio) and his stuntman, Cliff Booth (Brad Pitt), as they navigate their crumbling careers.

When we meet the two in the movie, Dalton’s days of being a star have faded, as his popular TV Western show, “Bounty Law,” is done, and he’s been relegated to getting paychecks by doing guest spots as the bad guy (or “heel”) on other shows. Every once in a while, Dalton is able to get Booth some work doing stunts on a show, but for the most part, he’s become Dalton’s gofer. And to rub salt in the wounds, Dalton’s agent (played by Al Pacino) is trying to convince him to do movies in Italy. 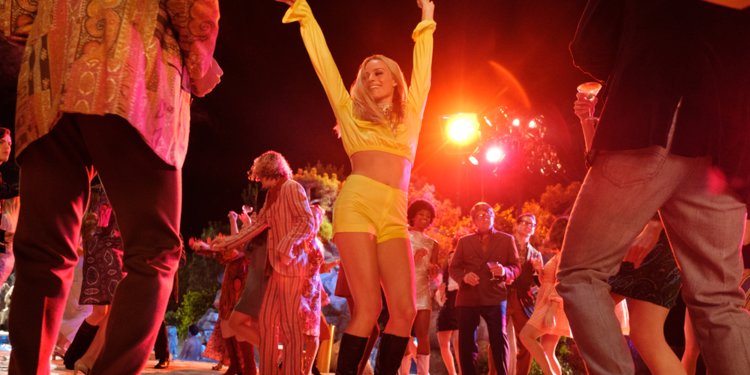 Margot Robbie as Sharon Tate in “Once Upon a Time in Hollywood.”SonyThe pair are juxtaposed with Sharon Tate (played by Margot Robbie). A rising star, she’s married to the in-demand filmmaker Roman Polanski and stars in the hit movie “The Wrecking Crew.” Tate and Dalton are neighbors in the Hollywood Hills, but in a town where top billing is everything, Tate’s house is built above Dalton’s. So, though the end of Tate’s driveway lines up with Dalton’s house, it’s a steep incline to her home. That’s just one example Tarantino uses to show Tate’s star is shining bright as Dalton’s is fading. The latter is always the more fascinating, and that’s what Tarantino homes in on.

It’s rare that Tarantino is so laser-focused on a character. Whether it’s something with the character, or how DiCaprio plays him, much of the movie is Tarantino delving into the complexities (often darkly comedic) of Dalton.

It gives DiCaprio the chance to do work that is some of his best ever.

Like in “Django Unchained,” DiCaprio revels in Tarantino’s world. The way he moves, the way he talks (he gives Dalton a slight stutter when he’s not on camera acting), is all done in a way that makes you think DiCaprio wouldn’t want to do anything else in the world than be in these scenes right now. 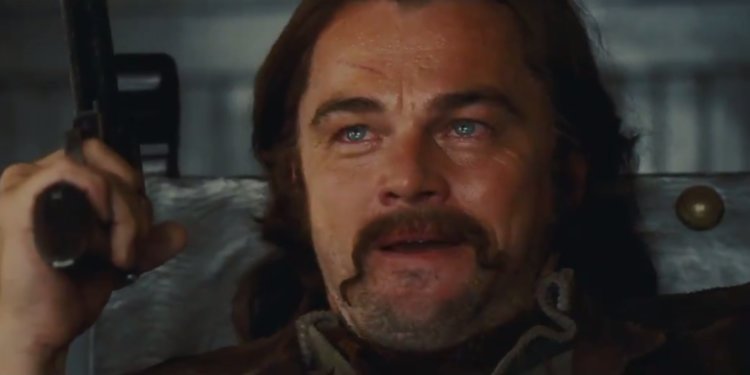 Leonardo DiCaprio proves he’s one of his generation’s greatest actors in “Once Upon a Time in Hollywood.”SonyOne of the moments in the movie that shows off DiCaprio’s acting greatness is a scene when Dalton messes up a scene for a TV Western he’s doing a guest spot for. We cut to Dalton back in his trailer, where he completely loses it. He trashes the trailer, looks in the mirror, and talks down to himself. It’s a mixture of self-motivation and self-psychoanalysis done all in one take. We come back to Dalton on set for a new scene and watch as he dominates it. DiCaprio shows a wave of emotions in this sequence of the movie that is incredible to witness. And it’s thanks to Tarantino giving the scenes a length that really makes you feel what Dalton is going through.

Read more: Quentin Tarantino’s “Once Upon a Time… in Hollywood” has added an end credit scene since its premiere

“Once Upon a Time in Hollywood” runs almost three hours, and a big reason is Tarantino really wants you to get sucked into these characters. By the end, you feel the bond Dalton and Booth have.

The long running time also gives others in the movie time to shine, both in front of and behind the camera. Pitt has his moments, especially in the ending (Robbie is very much a wallflower in the movie). The cinematographer Robert Richardson once again does an incredible job bringing Tarantino’s vision to the screen. Damian Lewis (of “Billions” fame) gives an incredible impression of Steve McQueen. And the production design by Barbara Ling is top-notch.

This movie marks Tarantino’s first time working with a big Hollywood studio. All his previous movies were released by the Harvey Weinstein-owned Miramax or The Weinstein Co. After the numerous allegations of sexual misconduct against Weinstein, Sony bought “Once Upon a Time in Hollywood.”

“Quentin was an ambition of mine because he was one of the few great living directors that I hadn’t yet worked with,” Tom Rothman, the chairman of Sony Pictures Entertainment’s Motion Picture Group,told Business Insider.

And he certainly jumped on the right Tarantino project.

In a year when we’ve been given mostly safe movies that don’t have any substance or take any chances, “Once Upon a Time” finally gives us something that has meat on the bone.