Larry Lamb has opened up about his troubled upbringing and how it affected his own experiences with relationships as an adult.

Airing ahead of International Men’s Day and in support of Loose Women’s Stand By Your Men campaign, the special episode aimed to encourage men to talk about their mental health and other issues they face.

Larry, 75, did exactly that, as the panel discussed comments made by The Repair Shop’s Jay Blades.

Presenter Jay recently spoke about his own childhood and his belief that people have to be taught how to love if they’ve not experienced it or seen it growing up.

Agreeing, Gavin and Stacey star Larry began: ‘My parents met and I was born nine months later. It was literally like that. And they realised they didn’t like each other and that grew into hatred, and they spent nine years torturing each other, torturing me and my brother and sister.’ 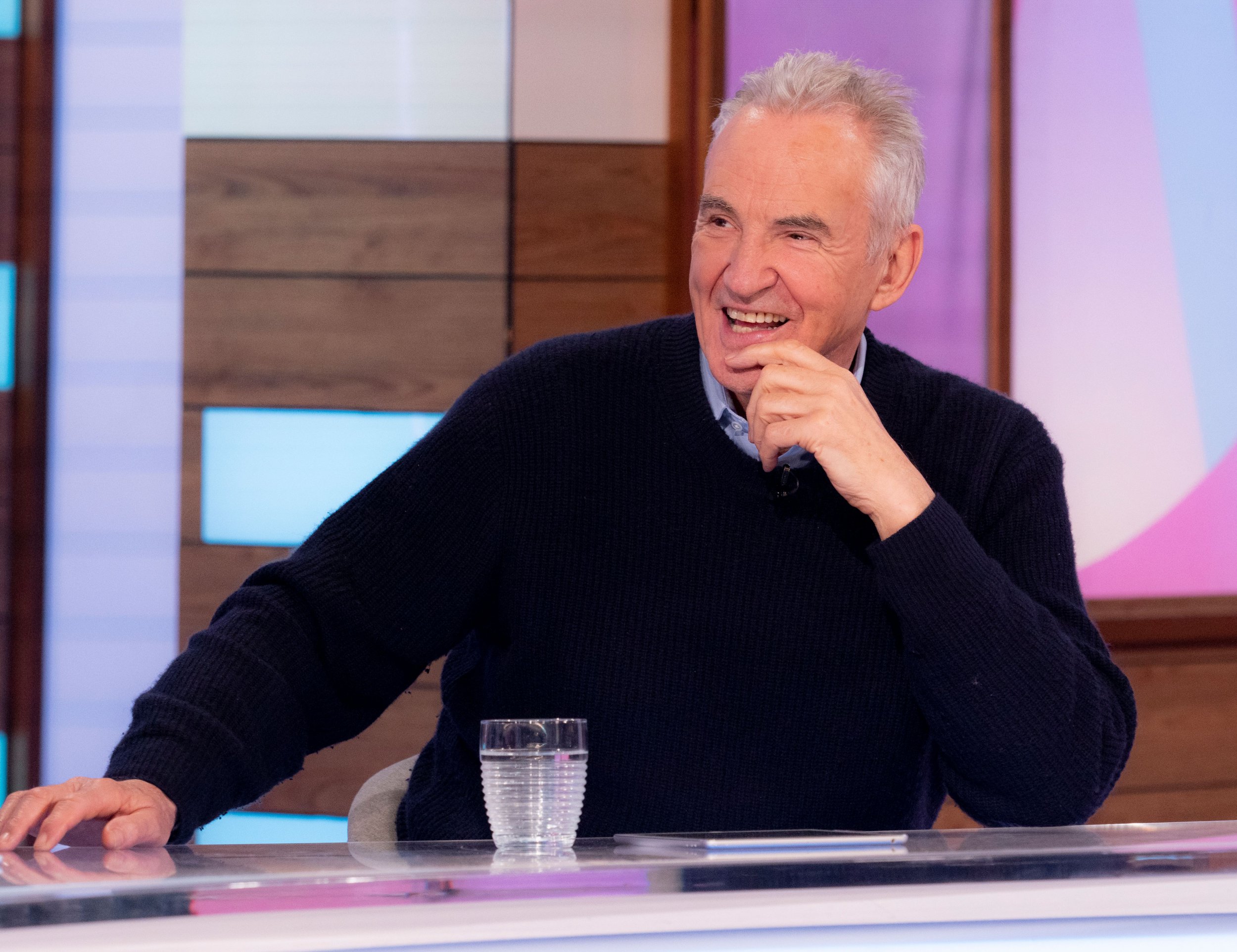 He continued: ‘There was never any essence of real love, as it were, around. It was all at a price and corrupted.

‘It led to me having this constant search to find somebody to love, but it was distorted, completely. When I listen to you guys [talk about relationships] on how you prepare everything and have thought it all out… I just became so cynical.’

Larry – full name Lawrence Douglas Lamb – was born in Edmonton, Middlesex, to Jessie White and Ronald Douglas Lamb, and was the eldest of four children.

He’s previously mentioned his turbulent childhood, as he was verbally abused by his father and often had to keep his parents from fighting.

When quizzed by Vernon on whether it’s had an impact on his own romances, Larry admitted: ‘Of course. Over the years, of course it does affect you as a person.

‘I’ve spent years and years trying to sort myself out, as it were. But, it’s hopeless. If you don’t see it happen. If you don’t experience [love], you’re not gonna reproduce it. It’s a learned thing.

‘You’ve gotta experience love between those two people. If I run into people who have a very solid connection, nine times out of 10, it goes back straight back to the base they were brought up on.’

After the TV star opened up on his past, viewers took to Twitter to praise the show, as one wrote: ‘Men talking openly about men’s issues is the way forward.’

‘#LooseMen should be a weekly thing to normalise men talking about things such as mental health’, wrote another.