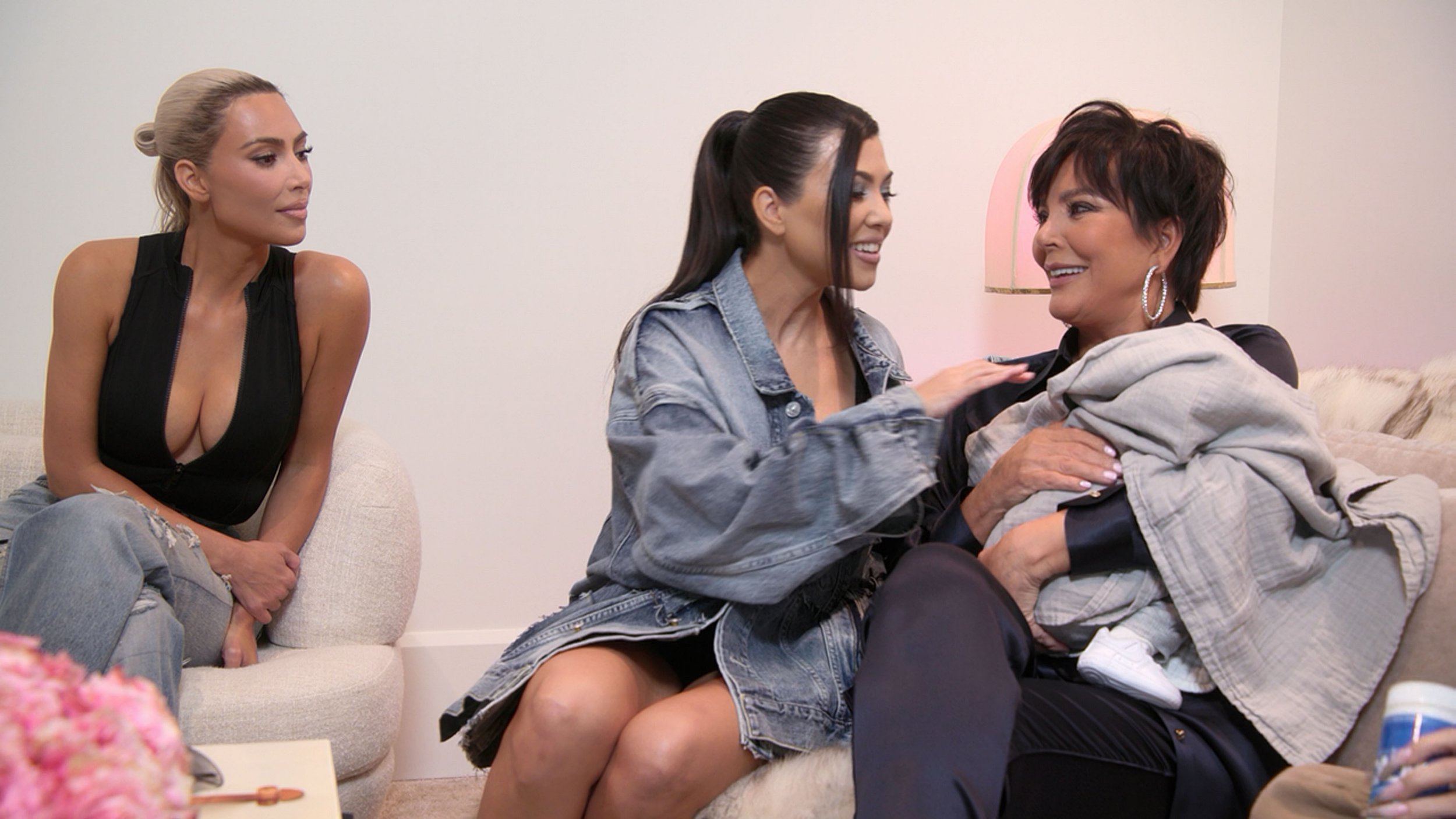 A broody Kourtney Kardashian has shared that she wishes she could breastfeed her nephew, Khloe’s newborn baby.

In the season finale of series two, Kourtney, Kim and Kris Jenner met Khloe’s son for the first time, who she welcomed via surrogacy in July.

Meeting her nephew for the first time, she says: ‘When they open their mouths and just the way they smell…’

As Khloe chuckled, Kourtney added: ‘I wish I could breastfeed you.’

Khloe, 39, and Tristan, 31, had confirmed they were expecting a baby in July with a representative telling Metro.co.uk: ‘We can confirm True will have a sibling who was conceived in November.

‘Khloe is incredibly grateful to the extraordinary surrogate for such a beautiful blessing.

The series has been following Kourtney’s fertility struggles with husband Travis Barker.

The 43-year-old married the Blink-182 drummer, 46, earlier this year, and they’ve since been open about trying for a baby, having gone to doctors who have told her to drink sperm and even steam her vagina with roses.

After eight months of IVF the couple have decided to put the fertility treatment on pause to try and get pregnant naturally.

Kourtney revealed on The Kardashians: ‘After eight months of our IVF journey, we took a break and wanted to try things naturally.

‘The doctors had told us that we still have some really good-looking follicles and that it was the best they’ve seen.’

Kim also spoke out about the couple’s attempts to expand their family, revealing on The Ellen DeGeneres Show earlier in the year: ‘[Kourtney and Travis] want to see what life would be like with a baby.

‘You’ll see their journey [on the show], and I think when you find love that you can’t live without – and there’s still a chance, she’s in her early 40s – I think they definitely want to see what life would be like with a baby.’

Kim also joked: ‘I think people will want to see how cute they are, and how much they make out,’ after the pair became known for their PDA sessions.

The Kardashians is available to watch on Disney Plus.