No one said it would be easy. Kim Kardashian got real on Twitter while she watched the Khloé Kardashian, Tristan Thompson and Jordyn Woods cheating scandal play out on the Sunday, June 23, episode of Keeping Up With the Kardashians.

“As uncomfortable as reliving this all over again is, we have been so open with everything in our lives from giving birth, marriages, divorces, the good times and the bad,” the KKW Beauty founder, 38, wrote. “And unfortunately this is the truth of what we went through and I wish it could have aired sooner.” 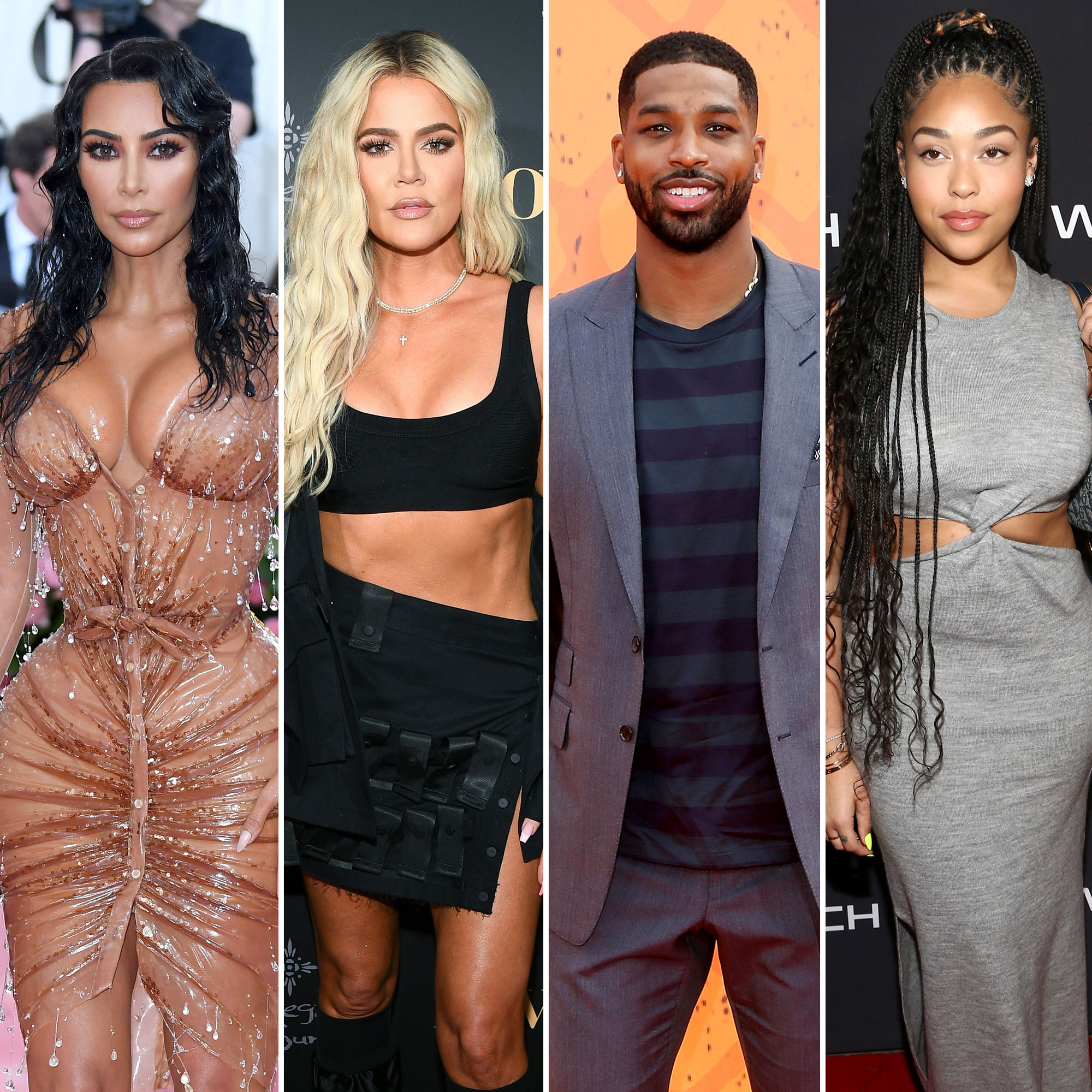 The show saw the drama that unfolded after Kim’s close pal Larsa Pippen called her to share the story that the athlete, 28, was caught “making out” with the model, 21, at a house party in Los Angeles in February. The Selfish author quickly got Khloé and sisters Kourtney Kardashian and Kylie Jenner on the phone to break the news.

The scandal led the Good American cofounder, 34, to call it quits on her relationship with Thompson. The breakup came nearly 10 months after the NBA star first made headlines for being unfaithful to Khloé with multiple women while she was pregnant with their now-14-month-old daughter, True.

In the Sunday night episode of the hit reality show, Khloé revealed that Thompson implied he was suicidal after she found out about his infidelity with Woods.

“It was disgusting. I was just hoping for a better outcome. I was hoping for better for my daughter and myself,” Khloé told Scott Disick. “He was like, ‘I can’t stop thinking about you and what a mess I’ve caused.’ He’s doing this to get a reaction out of me. … Oh, so I’m just allowed to say I wanna kill myself at any time?”

And that wasn’t it. The episode also showed Khloé face a pregnancy scare prior to the scandal when she admitted to suffering from nausea and increased migraines.

“Obviously you can’t plan everything, but I just don’t know if the time is [right],” she said after a home pregnancy test came back negative. “There’s a lot going on right now. I don’t know if I could have handled it if it did say positive at the moment. I’m happy that I’m not pregnant because I didn’t want to be, but with that being said, now I’m like, ‘Why the f—k am I nauseous all the time?’ I almost wish I was so I could say that’s why I’m nauseous.”

Keeping Up With the Kardashians airs on E! Sundays at 9 p.m. ET.