Lawyers for Jussie Smollett asked a Chicago court on Friday to reconsider a decision to appoint a special prosecutor to re-examine the case against the actor, who was accused of staging a hate crime before prosecutors abruptly dropped the charges.

If a judge asks for a special prosecutor again, the court filing said, that investigator should not have the power to prosecute Mr. Smollett, whose felony disorderly conduct charges were dropped by the Cook County State’s Attorney’s Office in March.

Judge Toomin’s decision to appoint a special prosecutor was based on his conclusion that State’s Attorney Kim Foxx, who should have been in charge of prosecuting Mr. Smollett, failed to properly recuse herself from the case.

Ms. Foxx appointed her deputy to handle the case in February because she had had contact with representatives of Mr. Smollett when the police considered him to be a victim rather than a suspect. Ms. Foxx denied having a conflict of interest but said she wanted to avoid the appearance of one.

In a sharply critical ruling, Judge Toomin wrote that if Ms. Foxx wanted to formally recuse herself, she should have asked for a special prosecutor rather than keep the case inside her office.

“This case has been a travesty of justice and an unprecedented deprivation of Mr. Smollett’s constitutional rights, including the presumption of innocence and right to a fair trial,” Mr. Smollett’s lawyers wrote in the court filing.

A representative from Judge Toomin’s office said that it had not yet heard about the court filings and could not immediately comment. Although he ordered almost a month ago that a special prosecutor be appointed, he has not yet named anyone to fill that role.

His ruling was a response to a petition from a retired judge, Sheila O’Brien, who has said that she wants to get the “whole truth” of what happened in the case.

Ms. O’Brien said in a statement on Friday that Mr. Smollett’s filings were “short on substance but big on flash and delay.”

It has been more than five months since Mr. Smollett, an actor on the Fox television show “Empire” who is black and gay, reported to police that two men had attacked him near his apartment in downtown Chicago. Mr. Smollett said that they shouted racist and homophobic epithets at him, poured bleach on him and placed a noose around his neck. Two acquaintances of Mr. Smollett’s, Abimbola Osundairo and Olabinjo Osundairo, later told police that Mr. Smollett paid them $3,500 to orchestrate the attack.

The police department said it had used security camera footage, text message communications and GPS location data to establish that the attack was a hoax. Mr. Smollett maintains his innocence, and his lawyers say that any contact he had with the brothers had to do with a fitness regimen they were putting him through.

The State’s Attorney’s Office dropped the charges after Mr. Smollett agreed to do some community service and to forfeit the $10,000 bond paid for his release from jail. The decision prompted outrage from the police superintendent and Rahm Emanuel, the mayor at the time, who contended that the outcome was too lenient given the many hours of detective work expended on the case. 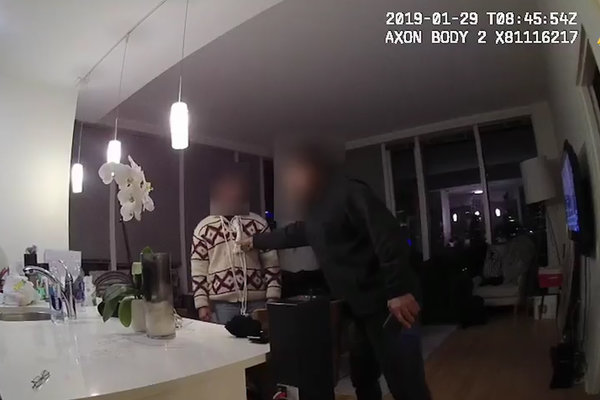 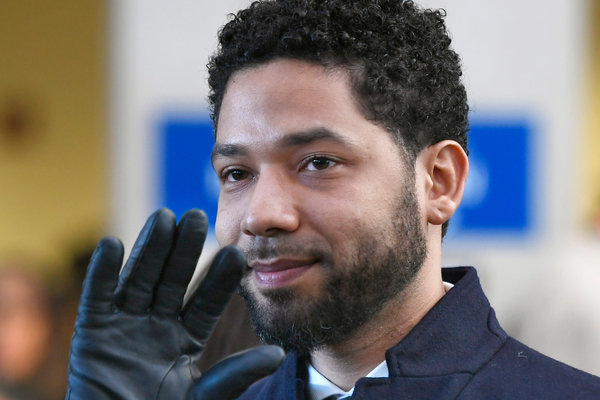 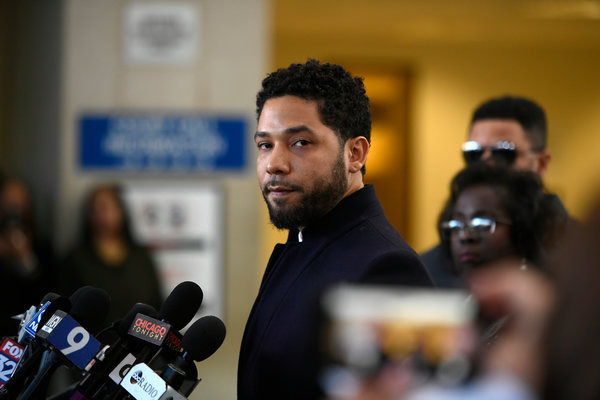