Arizona has allowed its museums to remain open despite a deadly outbreak, while in cities and states with far fewer cases, the doors have been closed. 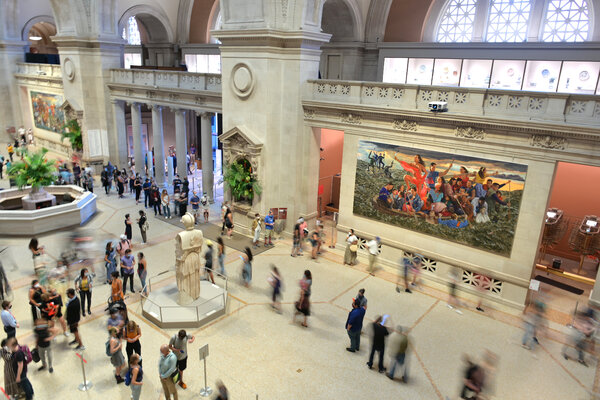 CHICAGO — On a recent afternoon outside the Art Institute of Chicago, there was no trace of the line that typically snakes down the museum’s granite steps and along Michigan Avenue as visitors wait to enter the grand home of Edward Hopper’s “Nighthawks” and Grant Wood’s “American Gothic.” Every so often a passer-by paused on the desolate sidewalk to take a selfie with one of the bronze lions guarding the museum, but there was no reason to go further: The doors were locked.

In New York, a strikingly different tableau was playing out on Fifth Avenue outside the Metropolitan Museum of Art. One of the front doors was propped open to welcome a steady stream of visitors; teenagers sat in chatty clusters on the front steps; couples and families paused for temperature checks before entering the bustling lobby.

The contrasting scenes illustrate the diverging approaches that cities, states and individual institutions have taken toward museumgoing at this stage of the pandemic. Museums in New York City, which is now reporting a higher positivity rate than Chicago, have been allowed to operate without interruption at reduced capacities since they reopened in August — while Chicago’s museums were forced into hibernation for two months starting in mid-November, only recently getting the green light to reopen.

Museums are open in Phoenix, where, per capita, the average number of new cases in the surrounding county over the last week has been more than twice as high as in Washington, where the museums of the Smithsonian Institution remain closed.

In Paris, the Louvre is closed, while in Madrid, the Prado is open. 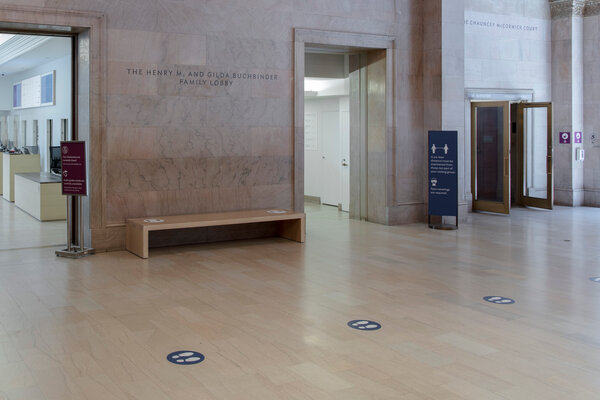 The trend in the United States in recent weeks has tilted toward reopening. State and local officials have allowed museums in Boston, Chicago, Minneapolis, Philadelphia, Seattle and other cities to reopen again in some capacity, citing falling cases in their areas. The Art Institute of Chicago plans to reopen Feb. 11: officials are getting ready to remove the protective paper covering some of their Monets, calling furloughed employees back to work, and turning back on the lights that were extinguished to preserve the artwork.

But even as the number of new coronavirus cases declines nationwide, troubling signs remain: new cases and deaths remain at high levels, the vaccine rollout has been slower than expected, and new, more transmissible variants are beginning to turn up.

The inconsistent approaches to museum policy mirror the confusing, sometimes seemingly contradictory sets of rules broadly governing public gathering places as officials struggle to contain the coronavirus. Why can you film a television show in Los Angeles but not eat inside at a restaurant there? Why are gyms allowed to open in New York City, but not public middle schools or high schools? Among museum leaders like Timothy Rub, the director of the Philadelphia Museum of Art, which reopened in January after it was closed by the city starting in mid-November, the inevitable question has often been: “Why here and not there?”

“The decision making has been really erratic,” said Laura Lott, president of the American Alliance of Museums. “There are 50-plus sets of different rules and thousands of museums making different decisions.”

Epidemiologists do not have a simple answer as to whether museums should be open — and whether people should visit them — at this stage of the pandemic. They point to a variety of factors to take into consideration, from the level of community spread in the surrounding area to the quality of air circulation and filtration in the building to how well a museum is able to enforce mask rules and social-distancing restrictions.

Some experts said in interviews that they believed that museums could remain open safely if they successfully keep people apart from one another, control air filtration and ventilation and require everyone to wear masks, while others said that in a moment of national crisis, when many offices and schools remain closed, people should not be congregating indoors for what is essentially an optional recreational activity, not essential work.

“Many people don’t have a choice,” said Anne Rimoin, an epidemiologist at the University of California, Los Angeles. “It’s incumbent upon those of us who do have choices to do everything we can to stop the spread of this virus.”

Navigating the pandemic and shifting government responses has not been easy for museums. Some spent tens of thousands of dollars to try to make sure they could reopen safely in the fall for an art-starved public — only to be ordered to close again several weeks later as the outbreak worsened.

“We were among the safest public spaces in Boston,” said Matthew Teitelbaum, director of the Museum of Fine Arts, Boston, which was shut down by the city in December and is slated to reopen on Wednesday. “But on the other hand, we had rising cases and very few levers our elected officials could pull to get it under control.”

In Portland, Ore., though, state rules that indoor facilities 500 square feet or larger only allow four separate groups of up to six visitors effectively make it impossible for some museums to operate. A similar situation exists in Milwaukee, where officials from the Milwaukee Art Museum have been making appeals to the city to increase its capacity, which is currently limited to 10 people. And in California, state and county restrictions have prevented the Los Angeles County Museum of Art from opening its indoor galleries at all during the pandemic.

New York, once the center of the pandemic, succeeded in taming the virus in the late spring and summer, and the state allowed the city’s museums to reopen in late August. Its numbers continued to look good into the fall, when other cities began ordering their museums to close again.

Now New York City is averaging more than 5,400 new cases a day — more than it did most of last spring, when there was far less testing and there were far more deaths. In-person classes in public middle schools and high schools have been suspended again, but Gov. Andrew M. Cuomo, a Democrat, allowed the city’s museums to remain open even as he banned indoor dining in its restaurants from mid-December through Valentine’s Day.

Beth Garvey, a special counsel to Governor Cuomo, said that the state had seen no evidence that museums were contributing significantly to the spread of the virus, and noted that museums in New York City have been required to operate at no more than 25 percent of their capacity. The likeliest scenario under which the city’s museums would be ordered closed again, Ms. Garvey said, would be if its health care system were to become overwhelmed again, as it was last spring.

So, many city museums remain open, and the Met has plowed forward with its exhibition plans, including the Costume Institute’s current show, “About Time: Fashion and Duration.” The in-demand exhibition lives in a fairly tight gallery space, requiring the museum to offer only 80 tickets per hour and to carefully mete out how many people are allowed inside at once. (The museum decided not to have an ad campaign for the exhibition, because it does not want to attract more visitors).

A recent visit to it showed that even with the precautions, there were occasional moments of unwanted crowding: If one visitor decided to spend a few extra minutes admiring, say, a 1920s Chanel evening dress, the procession of visitors started to get backed up, pushing people closer together than the museum’s rules allow.

The Met’s chief executive, Daniel Weiss, said that he was confident it was a safe experience, especially because of the strict limitations on visitors. He said that the museum had invested heavily in improving the quality of its airflow and filtration and that it consults with epidemiologists, who are not on site but offer advice remotely.

“If we felt it wasn’t safe, we wouldn’t be open,” Mr. Weiss said. “We are not making money by doing this; we are losing money.”

Economic considerations can play a role in whether museums remain open or shut down. Even as private museums in Washington reopen, the Smithsonian Institution, which, since it is federally controlled, was not subject to the city’s shutdown orders, remains shuttered after closing in mid-November. Its decision was made simpler by the fact that the Smithsonian gets a majority of its funding from the federal government — admission to the museums is free — so it did not need to factor lost ticket revenues into its decision, said Doug Hall, the coordinating officer for the Smithsonian’s Covid-19 response team.

In Arizona, where Gov. Doug Ducey, a Republican, has not ordered museums to close despite a recent surge in cases, museum directors have had to grapple with competing needs.

So far, the museum has remained open.

“I just really hesitate to lay off people again who have already been laid off once,” Mr. Rodgers said. “I don’t have the perfect answer.”

02/02/2021 Entertainment Comments Off on Is Seeing That Renoir Essential? In the Pandemic, Cities Differ
Recent Posts