Lauren Patten spent the first two months of 2020 fulfilling her lifelong dream of originating a role on Broadway.

The 28-year-old actor was a standout in “Jagged Little Pill,” which reimagined Alanis Morissette’s smash 1995 album as a 21st-century parable about mental health, sexuality, racism and addiction. As the character of Jo, Patten’s full-throttle rendition of “You Oughta Know” was the musical’s most buzzed-about moment. That performance landed her atop many critics’ lists of anticipated Tony Award contenders — a nomination she secured in the fall.

Patten’s Broadway stint, however, came to a sudden and unexpected halt in March of last year when the COVID-19 pandemic shuttered theaters and other performance venues in New York and around the world.

“The initial plan was for it to be a month shutdown, and that felt impossible,” she told HuffPost in an interview. “Now, of course, I look back and laugh at the notion of it being a month, but at that time, it felt like eternity. All of us had put in so much work to get the show to Broadway. We had four months, and then it was gone.” 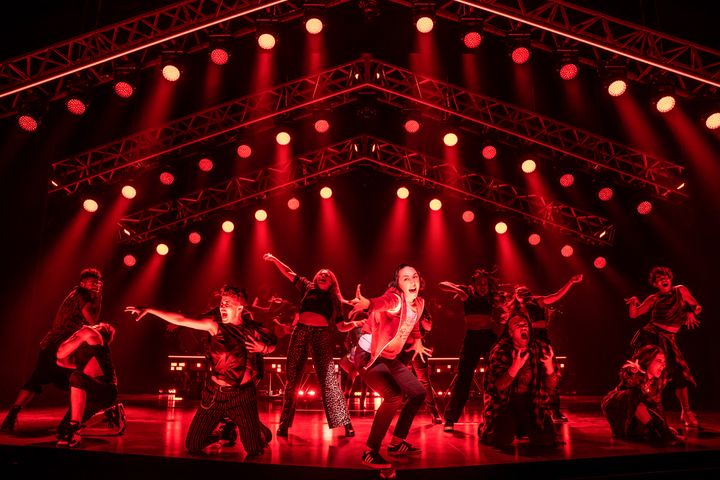 New York’s theater industry remains at a standstill more than a year later, while Broadway has lost an estimated $35 million in gross revenue each week of its closure. Still, Patten has good reason to feel optimistic.

She’s kept busy with a recurring role on the CBS crime drama “Blue Bloods,” starring Tom Selleck and Donnie Wahlberg. Last month, the “Jagged Little Pill” cast recording won a Grammy for best musical theater album. And on Friday, she’ll make her much-anticipated return to the stage as part of TodayTix’s rooftop concert series. The acoustic performance will be held with social distancing measures in place on the roof of Showfields shopping center in Manhattan.

“Nothing will make you more grateful for a job than the [pandemic] experience,” she said. “I’m grateful I have people I can still do my job with and that it hasn’t been too isolating. I’m lucky my family is healthy. So those are kind of the most important things.”

Growing up in Downers Grove, Illinois, Patten was drawn to the performing arts early on, and by age 4, had begun appearing in commercials and community theater productions. In 2016, she made her Broadway debut in “Fun Home,” playing the college-age version of artist Alison Bechdel, who wrote the 2006 graphic memoir on which the musical was based. 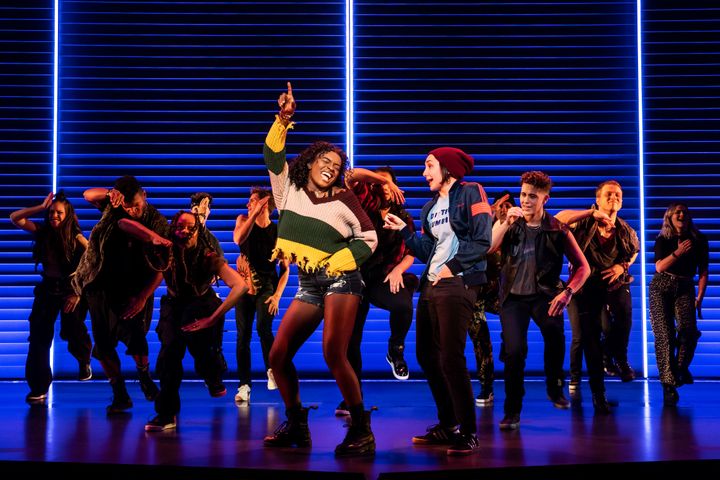 “Fun Home” won five Tony Awards and made Broadway history as the first musical to feature a lesbian protagonist. About a year after appearing in the show, Patten herself came out as bisexual and queer.

Though the actor “never felt like I had to make some kind of big announcement to the world,” she nonetheless drew on her personal experience when creating the character of Jo in “Jagged Little Pill.” Written by Oscar winner Diablo Cody, the musical follows a suburban Connecticut family whose seemingly privileged, picture-perfect lives begin to unravel after a local teen is sexually assaulted at a party.

Jo, whom Patten describes as “the main conduit for Diablo’s very particular humor,” is in a relationship with a young Black woman, Frankie (played by Celia Rose Gooding). “You Oughta Know” comes as Jo ends the relationship upon learning Frankie is in love with a male student.

“Obviously, we knew it was going to be a big moment in the show for the character,” she said of her performance. “Once the song starts, it’s all there in the writing and the feel of the music. I don’t have to work myself up into some kind of state. It’s just enormously fun.” 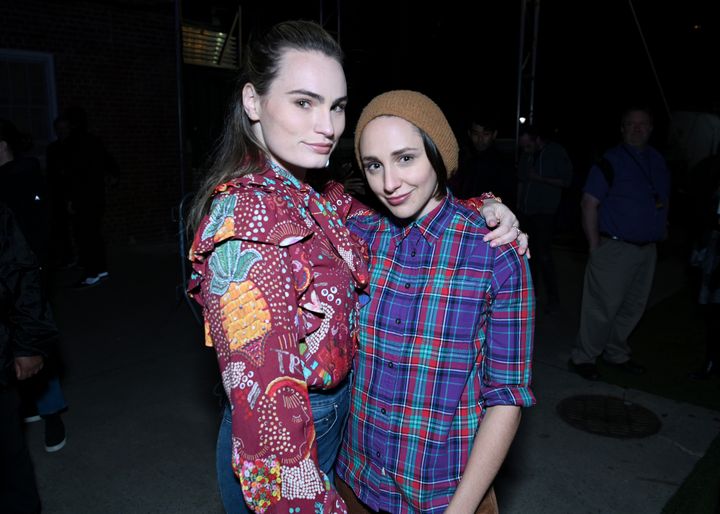 In spite of mixed reviews, “Jagged Little Pill” is nominated for 15 Tony Awards ﻿and has been praised as a modern exploration of controversial issues not commonly associated with musical theater.

For Patten, the show carries an even deeper resonance. “I hadn’t seen a character with so much going on who was also on a journey of, ‘How do I fit into this world as a queer person?’ That, to me, is so fascinating,” she explained. “It’s a central part of the queer experience I hadn’t seen yet on stage. I want to see more of that in queer storytelling, the self-discovery part of it.”

Like the rest of Broadway, “Jagged Little Pill” has not set a reopening date. Still, there have been some reassuring signs of life on the New York theater circuit, and Patten believes audiences will be eager to embrace the show’s themes in the post-pandemic future.