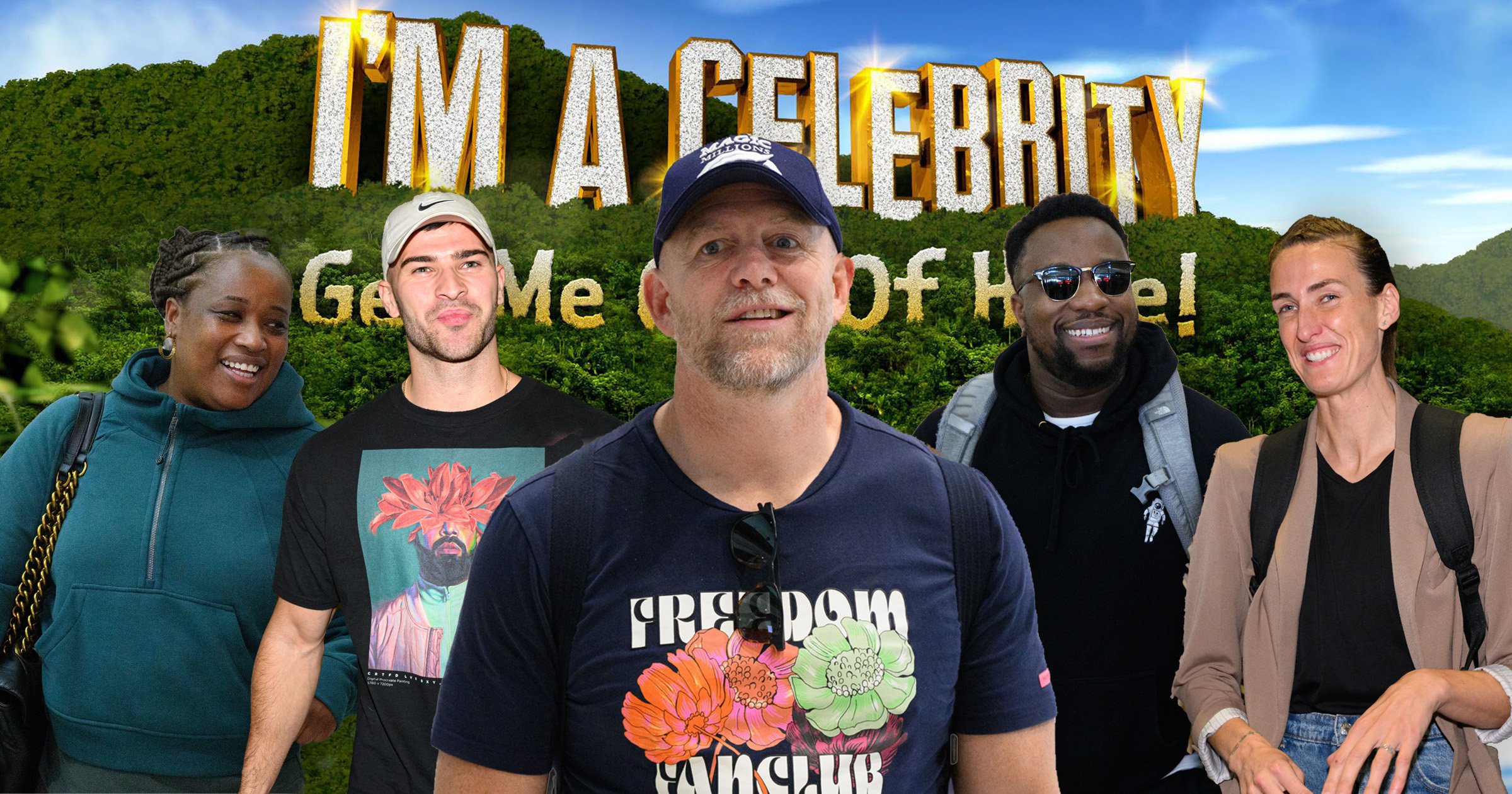 There isn’t long to go until I’m A Celebrity… Get Me Out Of Here! returns for its 2022 series, and all eyes are on the celebrities touching down in Australia for the show’s long-awaited return to the jungle.

Over the past few weeks, a variety of famous faces have been rumoured to have joined the line-up, including England football star Jill Scott, Loose Women’s Charlene White and royal family member Mike Tindall, the last of whom is the latest to be spotted at the airport in Brisbane.

As the cast continue arriving in the land Down Under, the full list appears to have been cemented before the programme blasts back onto our screens on Sunday November 6, with Ant McPartlin and Declan Donnelly as the annual hosts.

Last year, Emmerdale star Danny Miller was crowned the King of the Castle at Gwrych Castle in Wales, the second year in a row that the show had been filmed in Wales.

So who will take the title as the new King or Queen of the Jungle this year? Here’s the full line-up, as it’s understood to be mapped out so far.

Mike Tindall, who’s married to the late Queen Elizabeth II’s granddaughter Zara Phillips, is going to be the first royal ever to enter the jungle on the reality show.

The former rugby union player, who has been photographed at the airport in Brisbane, was part of the England team which won the 2003 World Cup.

Following the reports that Boy George had joined the cast of I’m A Celebrity, it was claimed that he’d received the biggest paycheck in the show’s history.

‘It’s been a long time since we had a huge global star film the show and he will no doubt draw viewers.’

Radio and TV presenter Chris Moyles was recently spotted touching down at Brisbane airport, smiling while wearing a pair of shades and a black cap.

It’s been reported that he’ll send ‘secret messages’ by using bracelets, signalling when he wants to quit the show by wearing the one that reads ‘get me out’.

Olivia Attwood is set to make history as the first Love Island star to ever take part on the programme, as she swaps the villa for the Bushtucker trials.

She recently revealed she was up for hopping in the shower in the camp, teasing that she could have her very own Myleene Klass moment.

Babatunde Aleshe has been a massive hit on Celebrity Gogglebox, on which he stars with his friend, comedian Mo Gilligan.

An I’m A Celebrity insider said that the show’s bosses are ‘really excited to have Babatunde in the mix’, after he became a ‘firm favourite’ on the Channel 4 programme.

From athletic acclaim to the jungle, former professional footballer Jill Scott will undoubtedly have high expectations placed on her when it comes to the physical Bushtucker Trials.

The Lioness announced her retirement from football shortly after the England women’s team won the Euros in spectacular form earlier this year.

A few days ago, A Place In The Sun presenter Scarlette Douglas was tipped as the latest celebrity to be joining the camp.

‘Scarlette has what it takes to become a big household name like Stacey Solomon and Joel Dommett after her time in the jungle,’ an insider said.

‘She has proved to be a hit amongst viewers following the success of her property shows and there is no doubt that she will be inundated with offers for more telly gigs.’

Just a few years after courting controversy on Strictly Come Dancing over his kiss with his professional dancer partner Katya Jones, Seann Walsh is diving back into the public eye on I’m A Celeb.

The comedinan, who’s expecting his first child with girlfriend Grace Adderley, was described as an ‘incredible signing’ by an insider, as they added: ‘Life in the jungle is boring and those long hours around the campfire would be the perfect time for Seann to get talking.’

Loose Women star Charlene White is used to staying cool, calm and collected on the news… but how will she fare in the jungle?

A source described the ITV News anchor as a ‘great signing’, adding: ‘She’s got some strong opinions, but is really personable and will be good value around the Aussie campfire.’

This Morning star Alison Hammond recently admitted she ‘didn’t know’ Charlene would be entering the jungle, but thinks she’ll be ‘amazing’.

Hollyoaks star Owen Warner was grinning from ear to ear after arriving in Australia, admitting that he’s ‘scared of all sorts of things to be fair’.

The Romeo Nightingale actor added: ‘Snakes aren’t a bit of me, I don’t know why I have come to Australia! Snakes and spiders everywhere here.’

He added that while his mum will miss him in the jungle, he’s ‘single and ready’ for the show and confessed he’s ‘always looking for romance’.

Sue Cleaver got straight into the spirit of the jungle with her airport gear, pairing a leapard print T-shirt with a matching cap.

The Coronation Street star, who plays Eileen Grimshaw in the ITV soap, recently announced the arrival of her grandson, celebrating his arrival by writing: ‘Grandchild No 4’.