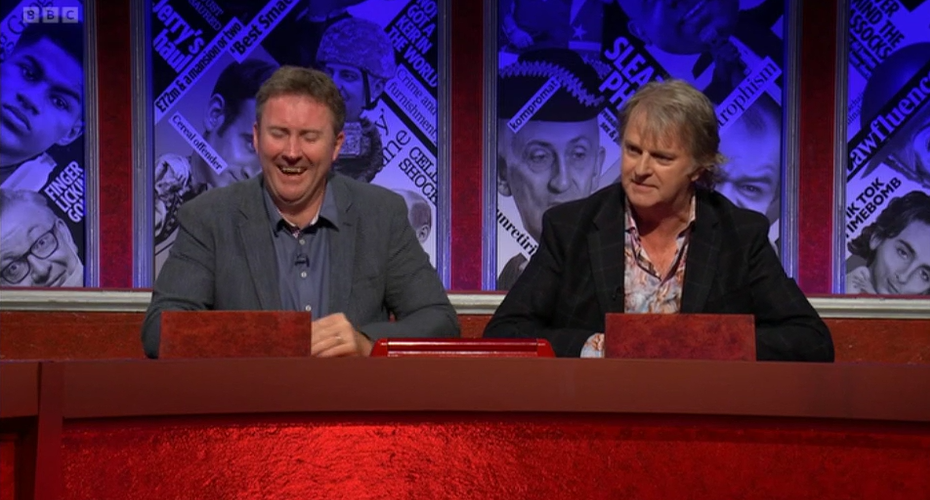 Have I Got News For You has sparked criticism for not changing the structure of the show to be inclusive of blind comedian Jamie MacDonald.

The BBC panel show is revered for poking fun at the top news stories of the week, which after the resignation of Liz Truss meant there was plenty to work with on Thursday’s episode.

However the biggest talking point for viewers was not the subjects discussed on the show, but how the panel went about it.

Scottish comedian Jamie was a guest panelist on Thursday’s episode, however the show carried on with its usual picture and video rounds, where panelists are asked to either name people or describe what is happening in the clip.

At one point the panelists were distracted by a noise in the studio that sounded like ‘a bag of Malteasers’ being rustled, with Jamie himself quipping: ‘Finally, an audio round,’ to peals of laughter.

Host Steph McGovern also pointed out the issue, as, introducing another picture round, she said: ‘Sorry Jamie,’ to laughter from the panel and audience.

Throughout the picture rounds, Jamie repeatedly guessed Vladimir Putin as the answer in a joking manner as he was unable to see the visuals, with many watching from home growing frustrated by the lack of accessibility.

‘The BBC are showing us all how to make zero accommodations for the visually impaired on #HIGNFY right now. Cringeworthy,’ one viewer said.

‘Am I missing something?,’ another asked. ‘Why’ve they not changed the format to make it inclusive for the guest panelist who is blind?’

Another agreed: ‘You’d think #HIGNFY would make it accessible for its blind panelist to participate properly.’

One said it was ‘brilliant’ that the show is ‘normalising diversity,’ but said it was ‘absolutely shocking that they keep the format visually dominant with a blind man on the show.’

Metro.co.uk has contacted Have I Got News For You and reps for Jamie for comment.

Have I Got News For You airs Fridays from 9pm on BBC One.