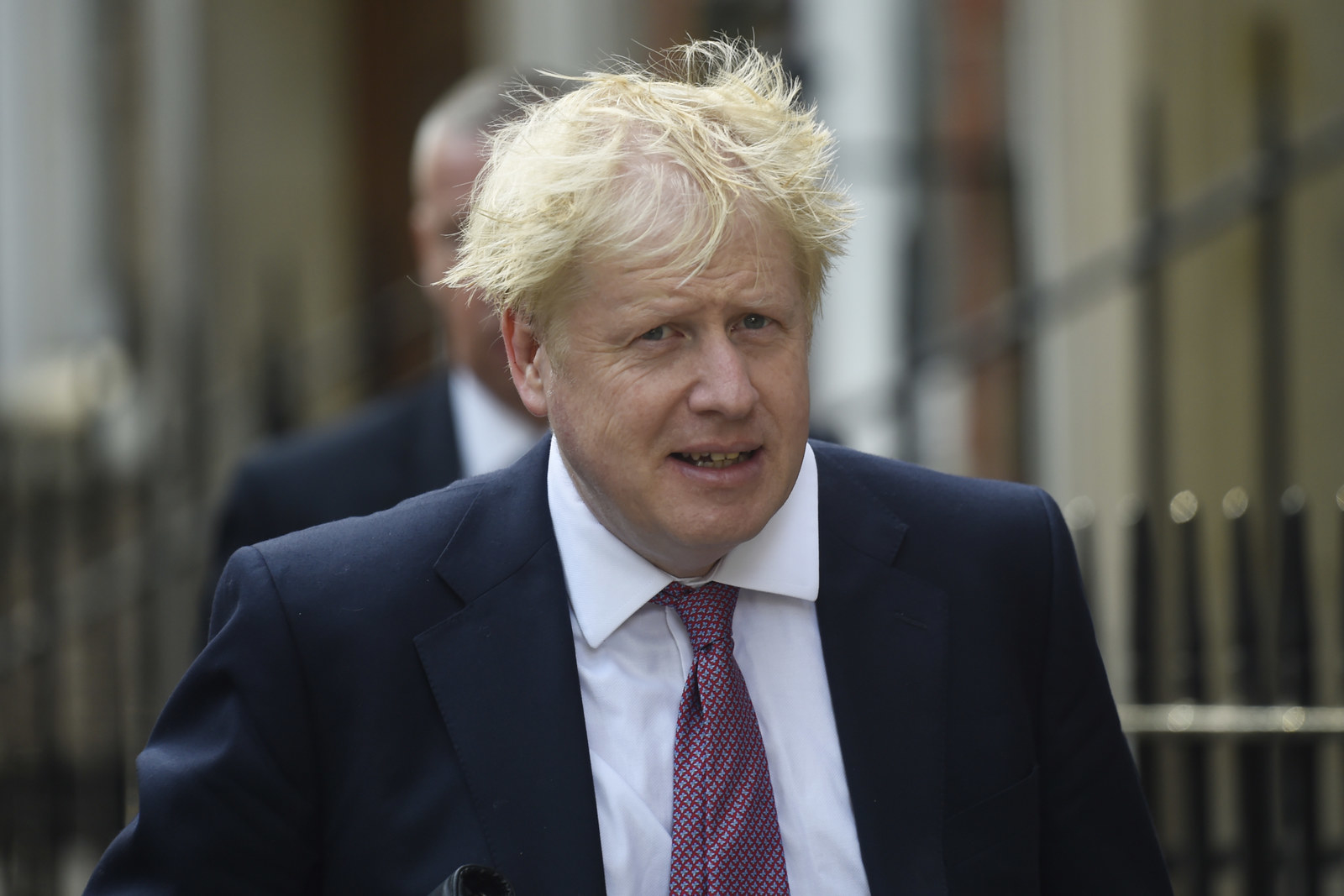 On Monday, in what’s expected to be his final weekly column for the Telegraph newspaper, Johnson jumped on the 50th anniversary of the first moon landing and compared the Apollo 11 programme to Brexit. Yes really.

“If they could use hand-knitted computer code to make a frictionless re-entry to Earth’s atmosphere in 1969, we can solve the problem of frictionless trade at the Northern Irish border,” wrote Johnson, who is widely expected to be announced as the new leader of the Conservative party on Tuesday and take over as prime minister from Theresa May.

He went on: “There is no task so simple that government cannot overcomplicate if it doesn’t want to do it. And there are few tasks so complex that humanity cannot solve if we have a real sense of mission to pull them off. It is time this country recovered some its can-do spirit.”

Now, people have noticed that there are a number of factual issues with this statement.

Some people have also picked up on the term “hand-knitted” to describe the Apollo 11 code.

Here’s a picture of that “hand-knitted” code in full. 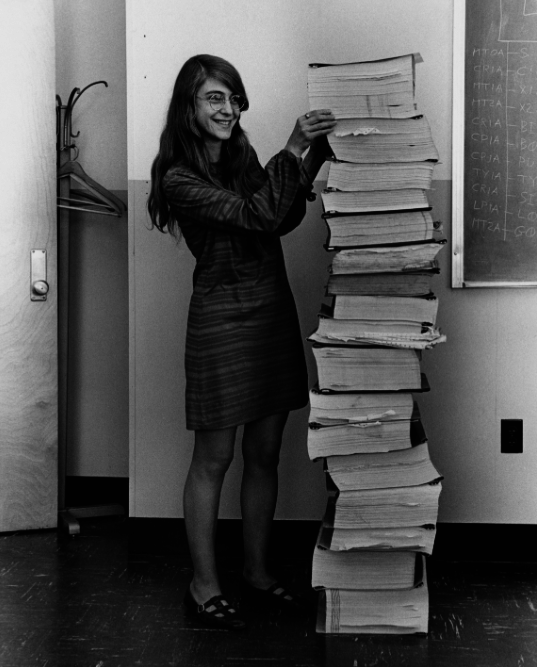 The woman standing next to it is computer science pioneer, Margaret Hamilton. As the director of the software engineering division at the MIT Instrumentation Laboratory, she led the team which developed the code for the mission’s onboard flight systems.

If you like, you can view the actual code, in its entirety, here.

Hamilton, now 83, gave an interview to MIT News on the 40th anniversary of the moon landing: “I thought of all the years of preparing for this day and how fortunate I was to work with and share this experience with the many talented and dedicated people who made this possible. There was no second chance. We knew that. We took our work seriously, many of us beginning this journey while still in our 20s. Coming up with solutions and new ideas was an adventure,” she said.

She also described in that interview how her software prevented a disaster on the mission after the computer processor overloaded. “It quickly became clear that the software was not only informing everyone that there was a hardware-related problem, but that the software was compensating for it. With only minutes to spare, the decision was made to go for the landing. The rest is history,” she said.

It’s hard to square this triumph of cutting edge mathematics and computer science with Johnson’s description of the code as “hand-knitted”. So was he just using sexist language? Well, not necessarily.

Believe it or not, as a result of lack of memory in the computer, software at the time was stored in copper wire “ropes”, which were not “hand-knitted” as such, but were physically woven through and around cores to represent the 1s and 0s of computer code. You can see Hamilton describe how it worked in the video below.

But even allowing for that, Johnson’s specific choice of words does echo the sexism Hamilton and the many other women involved in the space programme experienced at the time. As you can hear in the video above, it was known as “LOL Memory” — not short for “laugh out loud”, but “Little Old Lady”, named after the women in the factory who did the weaving.

In 2016, Hamilton was honoured with a presidential medal of freedom by Barack Obama, where she was described as the woman whose work “set the foundation for modern, ultra-reliable software design and engineering.” On Thursday, the software giant Google unveiled a giant tribute to Hamilton to mark the 50th anniversary of the mission: more than 100,000 mirrors were placed in the Mojave desert in California. They reflected the light of the moon to reveal her face.

Alan White is a news editor for BuzzFeed News and is based in London.