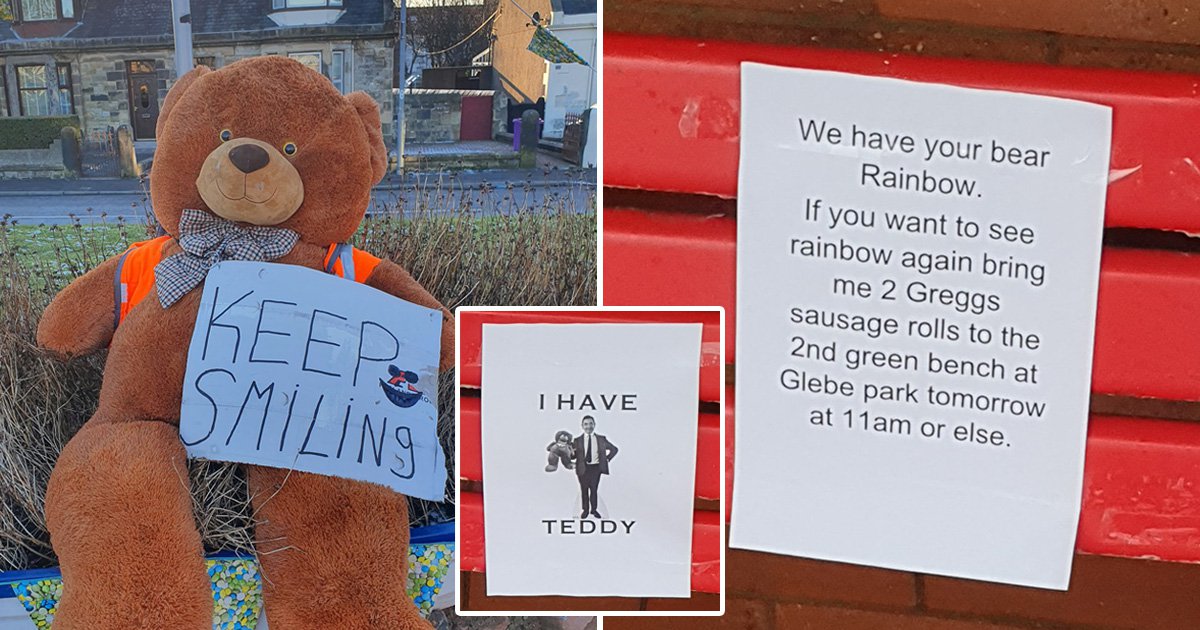 A manhunt is underway after a morale-boosting teddy bear was stolen.

The thieves have also left a sinister note, demanding food from Greggs ‘or else’.

The bear, which was known for holding a sign saying ‘keep smiling’ was last seen outside Metro Nightclub in Ardrossan, Ayrshire, on Friday evening, at around 6.30pm.

The ransom note, which was been posted repeatedly across the town, said: ‘We have your bear Rainbow. If you want to see Rainbow again bring me two Greggs sausage rolls to the second green bench at Glebe Park tomorrow at 11am or else.’

However, the people of Ardrossan do not negotiate with terrorists or hostage-takers and have refused to bend to the demands of the tednapper.

In any case, the nearest branch of Greggs is currently closed due to the pandemic.

Speaking of their sadness at Rainbow’s disappearance, one resident said: ‘It was fun and seemed to lift community spirit.’

The town was given false hope over the weekend when a bear was spotted outside a care home.

However, that was found to be another toy called Stormzy, and not Rainbow, so the hunt continues.

For more stories like this, check our news page.