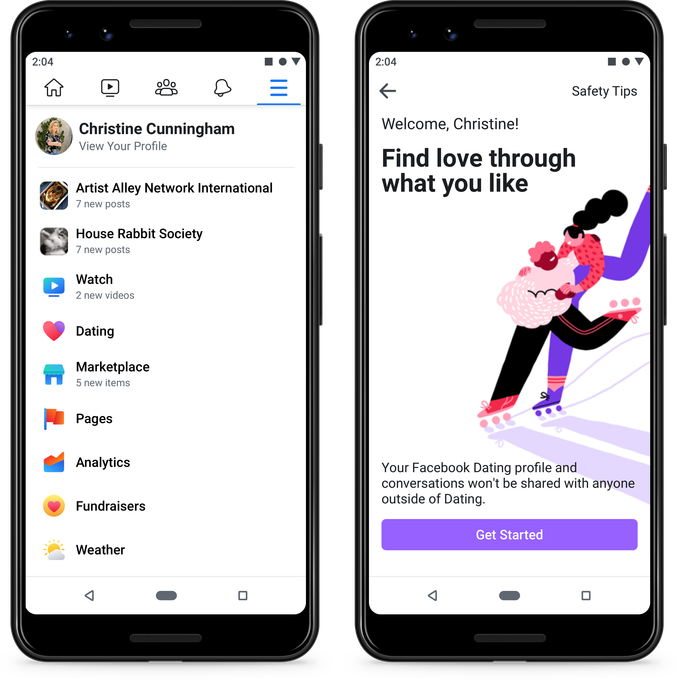 Facebook on Thursday announced the US debut of its dating service, which had previously only been available in Colombia. Facebook Dating is now available to users who are 18 and older and it will not match you with your pre-existing Facebook friends.

Facebook Dating requires opting into the service and it isn’t really part of your Facebook profile. You must create a separate Dating profile which is then linked to your Facebook and Instagram profiles. You fill out the profile, as you would on services like Ok Cupid or Bumble, and it will start matching you with people who have similar interests. 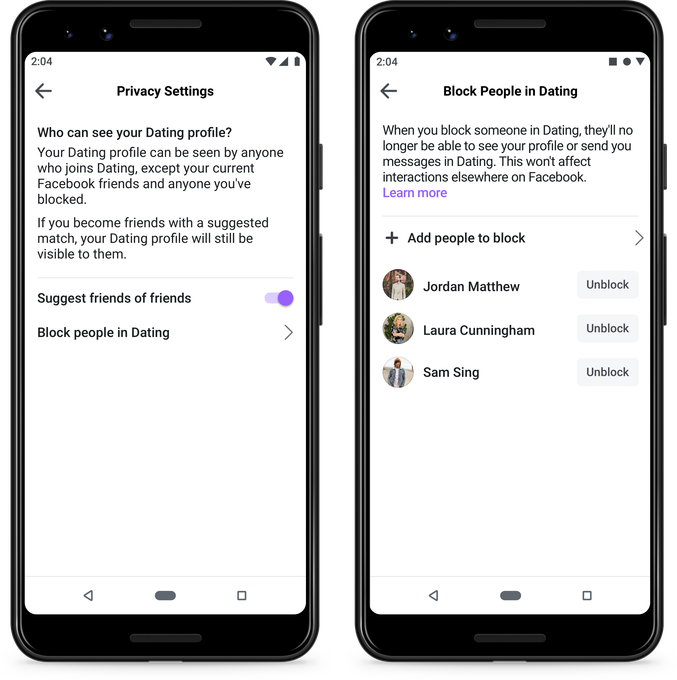 Facebook Dating also integrates with Groups and Events that you are part of. Product manager Nathan Sharp at a launch event Thursday described Facebook Events as “missed connections”. The dating app will also allow you to share your live location.

Obviously, there are a bevy of security concerns with something like this. According to Facebook’s release announcement, you can delete your dating profile at any time and will allow you to toggle what details it displays, including hometown, religion, occupation, and gender.

“We’re committed to protecting people’s privacy within Facebook Dating so that we can create a place where people feel comfortable looking for a date and starting meaningful relationships,” Erin Egan, VP and Chief Privacy Officer said in a blog post Thursday.

While Facebook Dating won’t match you with your Facebook friends — which means you won’t accidentally see your uncle on there — it does have a feature called Secret Crush that will let you flirt with people you already know. Secret Crush lets you choose up to nine friends to label as a crush. If one of those nine friends adds you, as well, it notifies you.

Related posts:
09/05/2019 Entertainment Comments Off on Facebook's Dating App Is Launching In The US. Here's How It Works.
Recent Posts
We and our partners use cookies on this site to improve our service, perform analytics, personalize advertising, measure advertising performance, and remember website preferences.Ok