There wasn’t a new Elizabeth Warren in Miami for the first debate. That was the point. 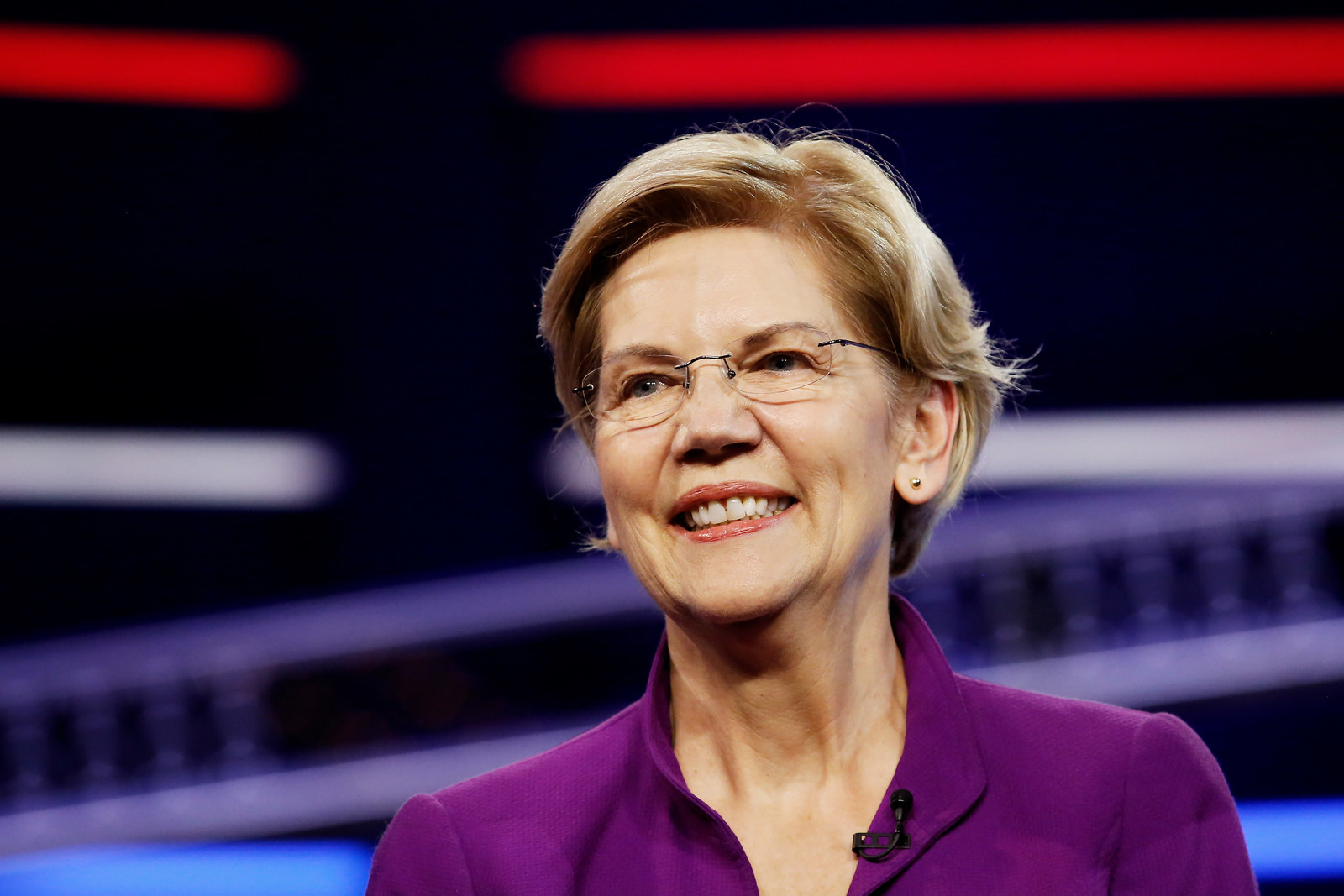 MIAMI — She didn’t get the most speaking time. (That was Cory Booker, who topped the list with 11 minutes.) She didn’t pick fights with other candidates or engage in lengthy back-and-forths. (That was Bill de Blasio, who interrupted almost everyone.)

As her colleagues fought for an audience, she waited quietly at the center of the stage, fading to the background at points during Wednesday’s two-hour Democratic debate, including one lengthy block where the Massachusetts senator didn’t say a word.

But when it was her turn to speak, Elizabeth Warren showed the same command that, on the trail, can arrest a crowd into attentive silence or elicit cheers across the room.

The Democratic debate here in Miami, split into two back-to-back events on Wednesday and Thursday each featuring 10 candidates, offered Warren, who has risen in the polls over the last month, her biggest and earliest opportunity to play the role of frontrunner.

Warren, 70, seized on some moments to stand apart — there was an emotional recounting of the kids who ask her about gun violence in their schools, a forceful defense of her position on Medicare for All at a time some campaigns believed she would back away from it — but she hardly dominated the debate stage.

Her most important points, familiar to reporters but not the voters who have yet to see her on the trail, may have been the most basic: the opening and closing statements.

In her campaign for “big structural change,” Warren has become best known for her many policy proposals. Her page on the website Medium is a rolling list of detailed plans — to end private prisons, to break up big tech, to create green manufacturing jobs, to end the opioid crisis, kill the electoral college, and reduce corporate influence at the Pentagon — all of it packaged neatly in a slogan, seen on t-shirts and bumper stickers and heard from the candidate on the trail: “I’ve Got A Plan For That.” On Wednesday, ahead of her appearance on stage, a truck rented by the campaign circled the debate site on Biscayne Boulevard with billboards that read, “Warren Has a Plan For That.”

While the mantra bolsters some of Warren’s most widely known credentials — that she’s a policy nerd, bankruptcy expert, Harvard Law professor, a serious thinker who knows how to navigate the hard-and-fast business of governing — it can also obscure the more personal story driving her presidential bid.

On the trail, Warren presents less as a wonk than as the young daughter who saw her parents fall from Oklahoma’s middle-class, as a one-time single mother who struggled to make ends meet, and a lawyer who spent her career trying to study the problems behind a government that, as she sees it, is poisoned by corruption and no longer caters to families like the one she grew up in.

For Warren, then, the debate began and ended with those twin elements — her case for “structural change” and the personal story behind it.

“When you’ve got a government, when you have an economy that does great for those with money and isn’t doing great for everyone else, that is corruption, pure and simple,” she said on stage when asked if her ideas might be too risky for a stable economy. “We need to call it out. We need to attack it head on.”

She closed talking about growing up in Oklahoma, in a family that could not afford to send her to college but for the chance she got with government help. “And I promise you this,” she said, delivering the night’s final closing statement. “I will fight for you as hard as I fight for my own family.”

After the debate, Warren waded into the auditorium at the Ziff Ballet Opera House where reporters waited for candidates and their surrogates. “Do you think you broke through tonight?” one asked.

Warren usually speaks with confidence about her ability to command attention in a crowded field. At an Iowa gathering of 21 candidates earlier this month, a reporter asked if she found it challenging to stand out. “No,” she replied flatly. On Wednesday night, her answer was different.

“I’m like anyone. I am delighted to have a chance to be out and talk to millions of people about what I see as wrong and what we can do about it. I wish I had had more chances to talk about universal childcare and about student loan debt and about making real investments in our historically black colleges and universities and minority-serving institutions. There are a lot of things that Americans connect with — that touch their lives every single day — and I didn’t get a chance to talk about them,” she said.

“But we’re gonna have another debate.”

Because of the record number of campaigns in the primary — there are 24 as of this week with the latest entry, former Pennsylvania congressman Joe Sestak — party officials split the first debate into two consecutive nights, with candidates randomly divided into sets of 10.

Warren happened to share the stage with candidates all polling below her own campaign. On Thursday night, Joe Biden and Bernie Sanders will debate side by side, along with two other top-tier candidates: South Bend Mayor Pete Buttigieg and California Sen. Kamala Harris.

Warren often tells her story in a tight stump speech — usually no longer than 15 minutes — and she has a practiced habit of bringing every question, from voters or reporters, back to the rationale for her candidacy.

On Wednesday evening — with nine rivals positioned to her left and right, and rules limiting each candidate to 1-minute answers and 30-second rebuttals — Warren brought some of the same discipline to the first round of this year’s Democratic debates.

“People are expecting someone to do something different in debates and have a break-out moment,” said one senior Warren adviser. “If we were able to get our stump to the debate stage that will be the win.”

Warren, who’s promised to abstain from high-dollar fundraising and call-time with donors, has likely spent more time on the campaign trail than any other top-tier rival since her early launch on New Year’s Eve.

Even on Wednesday, hours before the start of the debate, Warren made the 1-hour trek to a migrant children’s detention center in Homestead, Florida, to protest the Trump administration’s immigration policy. (Other candidates, including Beto O’Rourke and Kamala Harris, said they’ll visit the facility on Thursday and Friday. Amy Klobuchar and Bernie Sanders’s wife, Jane Sanders, also made the visit on Wednesday.)

In six months, Warren has held some 100 town hall events, answered more than 460 questions from voters in the audience, and held more than 72 availabilities with members of the press. That’s according to metrics her aides track daily in an internal spreadsheet — all of it proof, as they describe it, that as a matter of strategy, Warren’s top priority in the race has been to “demonstrate substance” again and again.

“I had a chance to talk with people about the things I’ve been fighting for for pretty much all my life,” Warren said after the debate on Wednesday. “And I got to do it on a lot bigger stage to a lot more people than I’ve really ever had a chance to do that before. For me, this really is about what I’ve been working on pretty much forever.”

About how working people “just keep workin’ harder and harder and find the road steeper and rockier,” she said.

More on the debate