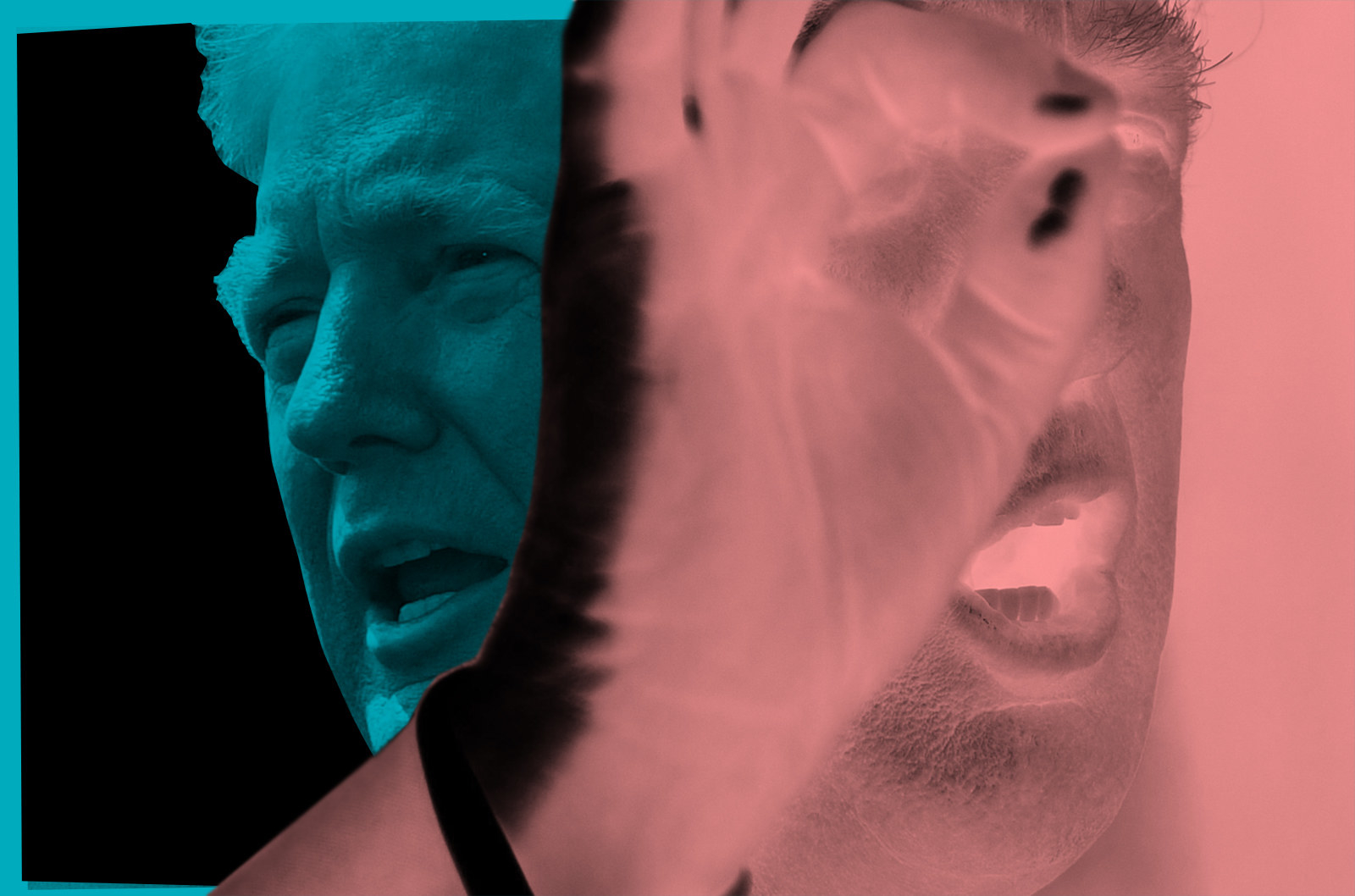 For a people steeped in a history of ethnic cleansing, it’s never a good feeling when “Jews” is trending online.

It activates some sort of primal fear, one that says, Don’t look at us, we’re just living our lives, quietly, and would like to continue to do so. Attention to Jews, as a group, has rarely led to anything good.

It will be an anxiety-laden year and a half. President Donald Trump has made a focus on Jews central to his reelection campaign (which began, in some ways, the day he took office, and has now ramped up for real). Last week, he urged Israel to bar Reps. Rashida Tlaib and Ilhan Omar from visiting the country because, he said, “They hate Israel & all Jewish people.” This week, he accused Jews who voted Democrat of a “total lack of knowledge or great disloyalty,” playing to the anti-Semitic dual loyalty trope that both Tlaib and Omar have also deployed. The president’s allies tried to spin his statement as harmless (the Republican Jewish Coalition said he was talking about “loyalty to oneself”). But then Trump then turned around the next day and said he was indeed talking about Israel, after quoting a known conspiracy theorist who said people there loved the president “like he’s the King of Israel” and “the second coming of God.”

This focus on Jews — who have long faced slurs that they are “rootless cosmopolitans” whose loyalty to country can never really be trusted — plays several roles for Trump, and very little of it has anything to do with actual Jews. 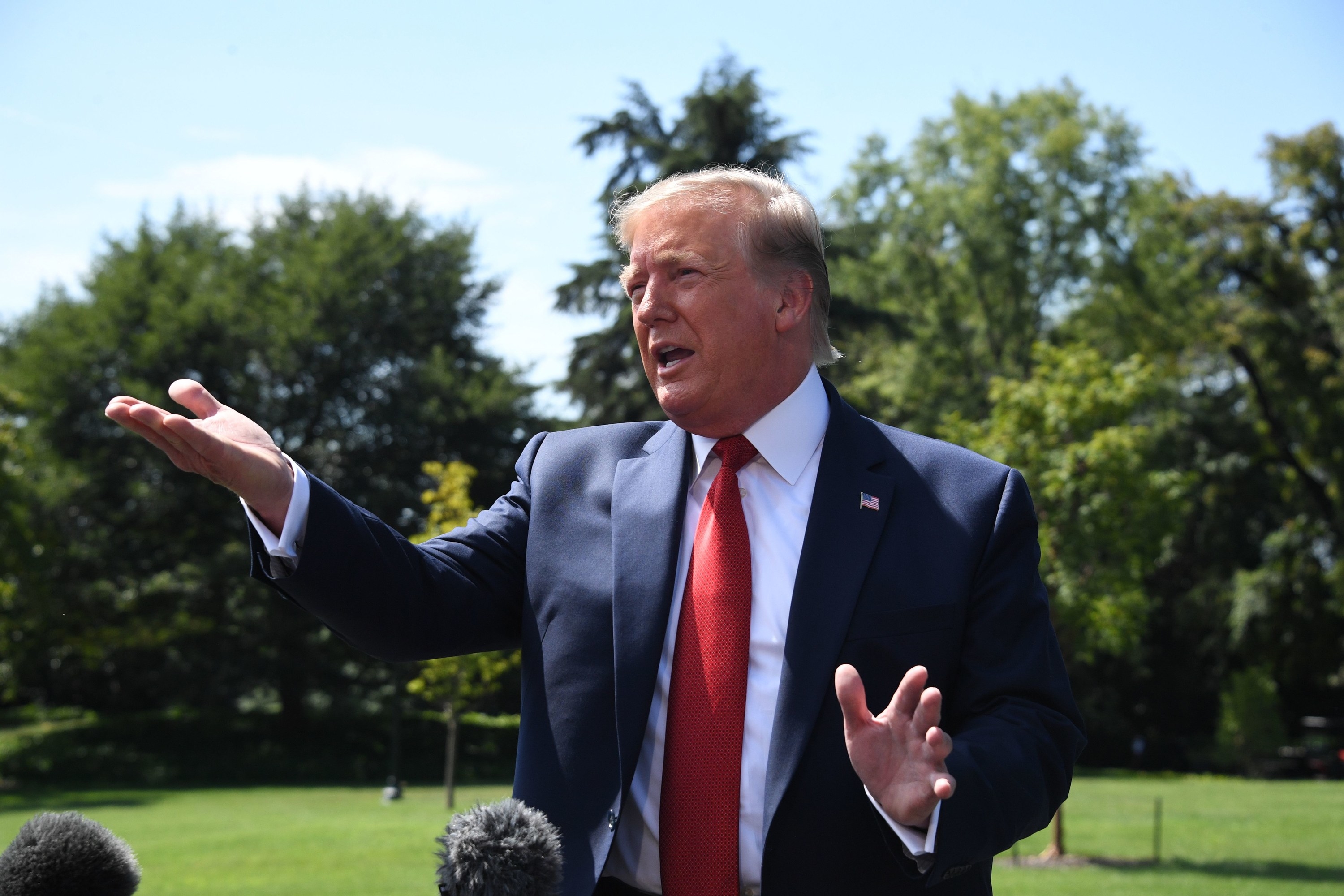 President Donald Trump speaks to the media as he departs the White House in Washington, DC, on August 21.

Let’s be clear — Jews are not Trump’s intended audience for these statements or tweets. First of all, there simply aren’t that many Jewish voters in the country in a way that swings elections. Of Jewish voters, 75% disapprove of the president, compared to 25% who approve, and that aligns roughly with the percentage of Jews who voted Democrat in the midterm elections. Trump is not trying to win Jewish voters by focusing on, and exaggerating, the anti-Semitic statements made by Democrats like Tlaib and Omar, or highlighting their desire to bring attention to the plight of Palestinians, which polls show is also of growing interest to American Jews. Nor is he looking to win over the Jewish electorate by blindly equating Jewish interests with Israeli ones. A poll commissioned by the American Jewish Committee found that 62% of American Jews said that “caring about Israel is a very important part of my being a Jew,” down from 70% last year.

Trump’s intended audience is broader. Michael Glassner, the chief operating officer for his reelection campaign, said as much in a statement issued Wednesday in which he blasted Democrats for failing to grapple with anti-Semitism in their ranks before shifting to focusing wholly on Israel — noting Trump’s withdrawal from the Iran nuclear deal, his moving the US embassy to Jerusalem, and the administration’s support for Israel at the United Nations. “All of these are important pieces of information that all voters, Jewish or otherwise, should know.”

Trump’s focus on Jews allows him to project an image to the larger electorate — one that, he believes, has him appearing to stand up for an embattled minority, while he fails to deflect accusations of racism in the wake of his attacks on Rep. Elijah Cummings and scrutiny of his language on immigration following the anti-Latino shooting in El Paso. It’s another way of feeding one of his favorite lines, that he is “the least racist person” you’ve ever met, or a Jewish version of “black unemployment is the lowest it’s ever been.” But most Jews see through that, saddled as they are with the burden of fighting off the sort of stereotypes — that come from both the right and the left — that say they are expected to put concerns about Israel front and center. It’s the same impulse that can have you recognize the outsized attention Trump is paying to Omar and Tlaib, while still maintaining concern over their own generalizations about Jews and use of anti-Semitic tropes like dual loyalty and flippant phrases about the influence of Jewish money.

As an electoral strategy, Trump’s focus on Jews works to keep the focus on Tlaib and Omar, part of the group of women of color first-year members of Congress who have come to embody the president’s warnings about where Democrats want to take the country. It is racist and sexist, yes, and also reinforces concerns among Trump supporters over radical politics — his base wants to go back to their version of an idealized past, not jump into a socialist future.

But the focus on Israel also serves a particular purpose, and resonates with Trump’s most reliable voters — white evangelical Christians, who cast aside concerns over his moral failings, including multiple accusations of sexual misconduct, to vote overwhelmingly for Trump in 2016. He still maintains an enormously high favorability rating among white evangelicals aged 45 and older (80%), though that number dips as they get younger — remaining high at six in 10 who view Trump favorably among those aged 18-44, according to a Voter Study Group survey cited by Daniel Cox of the American Enterprise Institute, writing on the apparent generational shift at FiveThirtyEight.

I reached out to more than a dozen prominent evangelicals across the country to ask them about Trump’s comments — his charge of Jewish disloyalty, his quoting a man who compared him to Christ — to see how they thought it was playing with their congregations. The ones who got back to me are firmly in the Trump camp, acting as surrogates or informal advisers, so their words should be taken with a grain of salt.

They took pains to say they don’t believe Trump is the messiah (which is one of those sentences I never thought I’d write). “From my personal relationship with President Trump, he does not have a messiah complex — he does not believe he is the second coming of God or the long awaited messiah in Israel,” said Robert Jeffress, the pastor at First Baptist Church in Dallas, who has said Jews, Muslims, and Mormons are destined for hell and delivered a prayer at the opening of the embassy in Jerusalem last year. “I think those comments were really certainly hyperbolic but they were also accurate in describing the enthusiasm I have found, when I have traveled to Israel, in support of President Trump.” 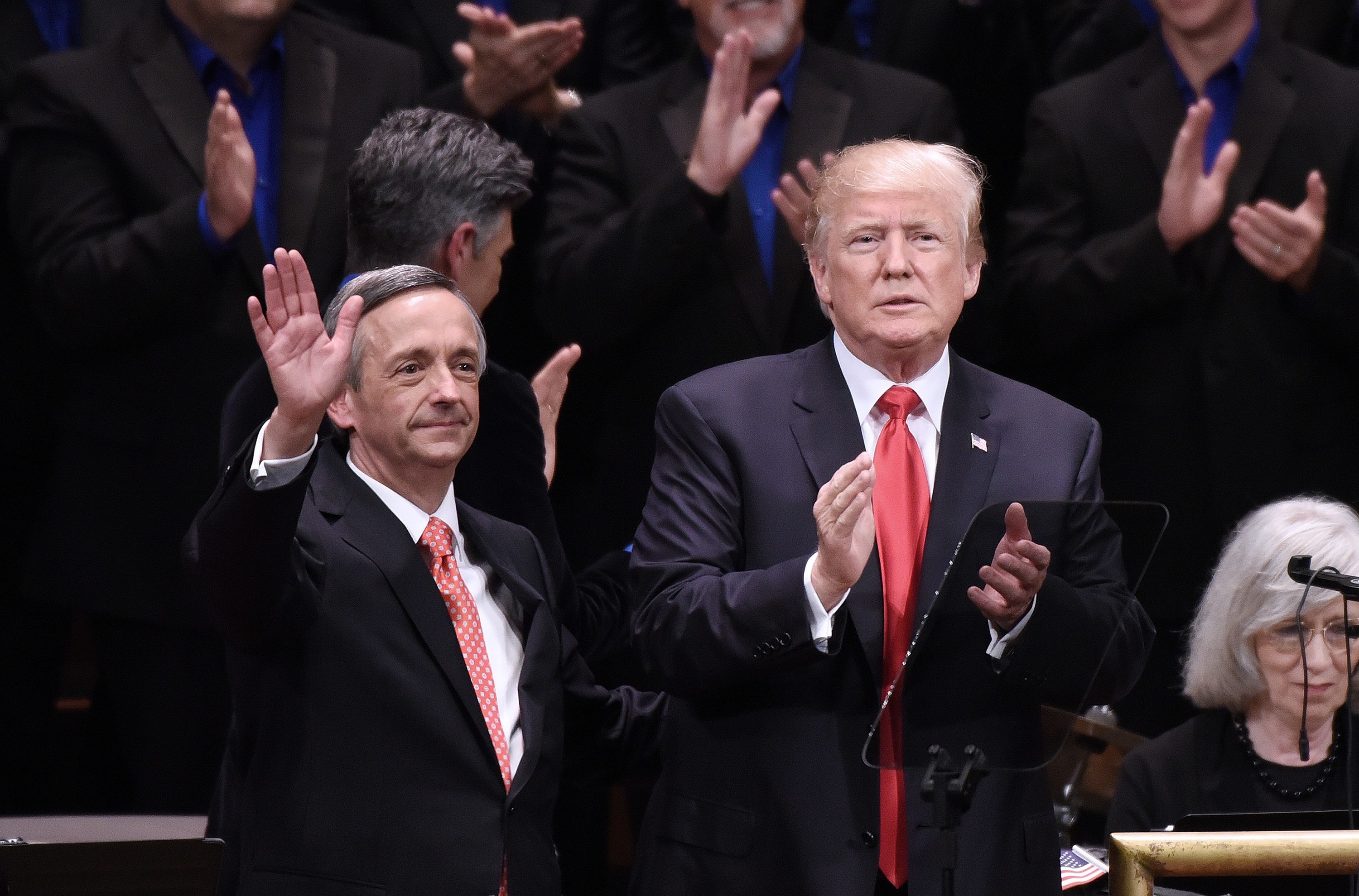 Trump and Pastor Robert Jeffress participate in the Celebrate Freedom Rally at the John F. Kennedy Center for the Performing Arts on July 1, 2017 in Washington, DC.

“No sane evangelical believes that they’re going to speed up God’s timetable,” he said. “The reason for our strong support of Israel is we take seriously the words God spoke to Abraham in Genesis 12 that — I will bless those that bless you and curse those that curse you — and Evangelicals want to be on the right side of history when it comes to Israel.”

That is a view held both inside the administration, most famously expressed by Secretary of State Mike Pompeo, an evangelical Christian, and among evangelicals more broadly, even more so than among Jews. A 2013 Pew Research poll found that, among other things, “twice as many white evangelical Protestants as Jews say that Israel was given to the Jewish people by God (82% vs. 40%).”

As usual, shunting aside what many Jews actually care about only works to harm Jews. Trump has said anti-Semitic things in the past, and his failure to adequately condemn the white nationalists who support and gain inspiration from him probably resonates the most. His comments — from remarks about loyalty to calling Benjamin Netanyahu “your prime minister” when speaking to American Jews — work to make Jews feel, yet again, like the other, joining the groups — immigrants, Muslims, black people — he has made to feel that way as well.

Jeffress, and others, said they didn’t think Trump was anti-Semitic, trotting out the examples that have by now become well-worn — his support for Israel, yes, and the Jews in his own family. And he didn’t seem to worry about what Trump was, yet again, unleashing into the ether. “There are always screwballs, fanatics, extremists out there who are going to twist and misinterpret what anybody says, whether it’s the president of the United States or the pastor of a church like I am,” Jeffress said. “I think we have to try to be as clear as we can in what we communicate but ultimately we can’t be responsible for those who would pervert our words into something we never intended.” ●

Related posts:
08/22/2019 Entertainment Comments Off on Donald Trump’s Not Talking To Jews When He Talks About Jews
Recent Posts
We and our partners use cookies on this site to improve our service, perform analytics, personalize advertising, measure advertising performance, and remember website preferences.Ok