Donald Trump’s 2024 campaign for president feels more like a revenge tour instead of a genuine attempt to return to the White House. He’s reportedly under pressure now that the Republican Party has decided to back away from his antics this time around.

The former president is reportedly calling GOP members and threatening them to endorse him early on in the race, according to Rolling Stone. He went so far as to ask them for their support “before he announced he’s running” — that’s a pretty big ask. Donald Trump is also rumored to be playing Santa Claus and starting his own naughty or nice list of those who have joined his team. Yes, he’s that petty and “keeping track” Of MAGA supporters.

“He said it was ‘not a tough call’ to make and that there was one right move: endorsing him ASAP,” one insider revealed. Donald Trump must not have anyone saying no to him on his team because he needs to read the writing on the wall: Fox News isn’t on his side either. The only endorsements he has secured are considered “diehard loyalists,” but most of the Republican Party, who stood beside him in 2016 and 2020, has abandoned ship for Florida Gov. Ron DeSantis.

Donald Trump can’t even get his own daughter to support his efforts, Ivanka Trump is keeping as far away as possible this time around. The former president is already ramping up to play dirty in this fight, telling Wall Street Journal reporters that he has “things about [Ron] that won’t be very flattering.” However, Donald Trump might want to look in the mirror at his midterm election results and mounting legal woes before he even worries about DeSantis.

Before you go, click here to see the biggest presidential scandals in US History. 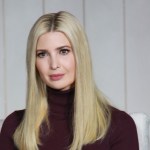