Brooke Eden has spent the first half of 2021 reintroducing herself after a more than four-year hiatus.

The Nashville singer-songwriter reemerged in the spotlight in February with a breezy, country-pop anthem, “No Shade,” her first new song since the 2016 EP “Welcome to the Weekend.” Two additional singles, “Sunroof” and “Got No Choice,” soon followed.

Eden’s co-star in the accompanying music videos is fiancée Hilary Hoover. She and Hoover have been together for five years, and she publicly confirmed the relationship with an Instagram post in January. Taken as a trilogy, the new tracks are her first to represent her truth as a queer woman.

“2020, as a whole, was not what any of us wanted or felt we needed in our lives,” said Eden, who lists Patsy Cline and Natalie Maines of The Chicks as influences. “But last year really put things into perspective. A lot of things were able to come to the surface that had been pushed to the background for so long. For me, that was being my true self.”

The 32-year-old Florida native joins a growing roster of musicians and other personalities in country music who identify as LGBTQ. She’s also slated to perform June 30 at the 2021 Concert for Love and Acceptance, which will be livestreamed by the country music network CMT and held virtually. Conceived by Ty Herndon, the event is aimed at demonstrating “support for LGBTQ youth and artists in the country music community and beyond.”

HuffPost caught up with Eden, who chatted about celebrating Pride for the first time since coming out, the hurdles she still sees as a queer artist in her genre, and what viewers can expect when she takes the stage next week.

Congratulations on your return to music! What do you hope to impart on listeners with your new songs?

For me, it was important after the year that we had to put out songs that felt like a light at the end of the tunnel. I feel that’s what 2021 has been for me so far, and I couldn’t handle listening to more emo music.

Also, I’m finally living out loud and loving out loud. I put my foot down and realized if I was going to put out music again, I wanted to do it authentically. So I called my record label and they were like, “Awesome. We support you, we have your back, let’s do it.” That was a big moment for me. In country music for so long, you were shunned and pushed away after you came out. But it doesn’t matter what happens after this. If I can’t live my life authentically, none of this matters anyway. 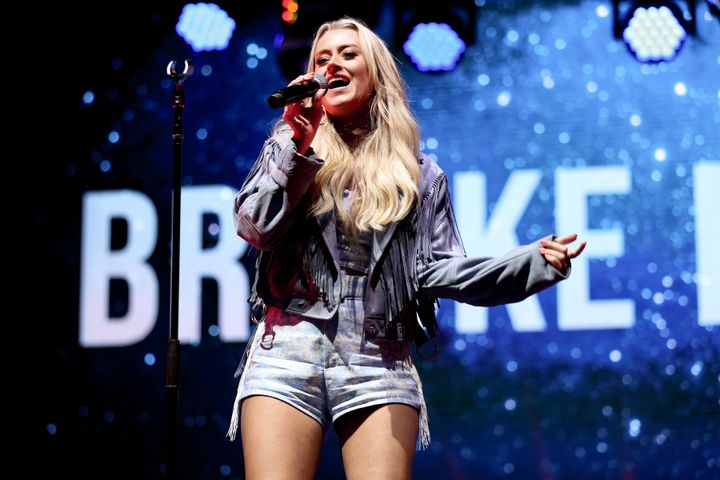 Why do you think country has been slow to shake its conservative image, especially compared to pop, rock and other genres?

Small towns are the basis of country music. In cities, we see same-sex couples holding hands all the time, but it’s a lot harder to be visible in a small town. It’s taken LGBTQ artists coming out and the industry standing behind us to change, to get bigots and homophobic people to realize they don’t have anywhere to go now. This was their safe space for a long time.

When you were getting started in music, who did you look up to in the queer community?

Honestly, it was scary to look at artists like Chely Wright and Ty Herndon, because they weren’t accepted after they came out. So it wasn’t queer artists so much as the people in the industry who were coming out, like Cody Alan at CMT and [journalist and radio host] Hunter Kelly. I’m watching them and going, “OK, if they’re still here, they’re making their mark, they’re paving a path.” They became my queer landmarks.

When you survey the current country landscape, what do you see as the biggest hurdles with regard to queer representation? 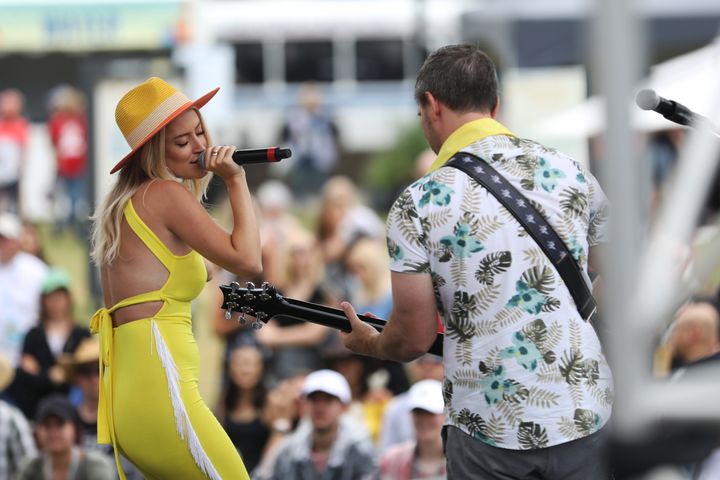 Why was it important for you to be a part of the 2021 Concert for Love and Acceptance, and what can fans expect from your performance?

When I first saw the show, I remember thinking, “Wow, things are changing.” Having this kind of representation in the country world is huge. Homophobic people don’t belong here anymore. If this is where you were hiding out, you’re not hiding out here anymore. To me, that’s what it stands for. Also, this will be the first time I’ve performed my new songs with a full band. So I’m excited for that.

Now that you’ve come out, what does LGBTQ Pride Month mean to you?

To me, Pride is a celebration of how far we’ve come, because we’ve come so far. It’s also a point of gratitude for myself, and seeing how far I’ve come personally. It’s the best feeling in the world to celebrate love, celebrate self-love. And God, it’s the best month.

This interview had been edited and condensed.

06/25/2021 Entertainment Comments Off on Brooke Eden Shares What It Took To Come Out In Country Music: ‘It’s A Lot Harder’
Recent Posts