Breitling has dropped a quartet of chronographs inspired by the golden age of military aviation with each taking cues from four legendary war planes.

The 46mm Super AVI series are reworkings of the Breitling Co-Pilot Ref.765 AVI from 1953 with each taking on some of the characteristics of the North American Aviation P-51 Mustang, the Vought F4U Corsair, the Curtiss P-40 Warhawk and the de Havilland Mosquito.

Breitling went ahead with the series after the success of the AVI Ref. 765 1953 Re-Edition in 2020 and used the opportunity to assemble the four planes in the US and fly them together for the first time.

HYPEBEAST spoke to Breitling CEO, Georges Kern, about the Super AVI, how he has reshaped the brand, the power of nostalgia and why it’s no longer acceptable to have your own jet display team. 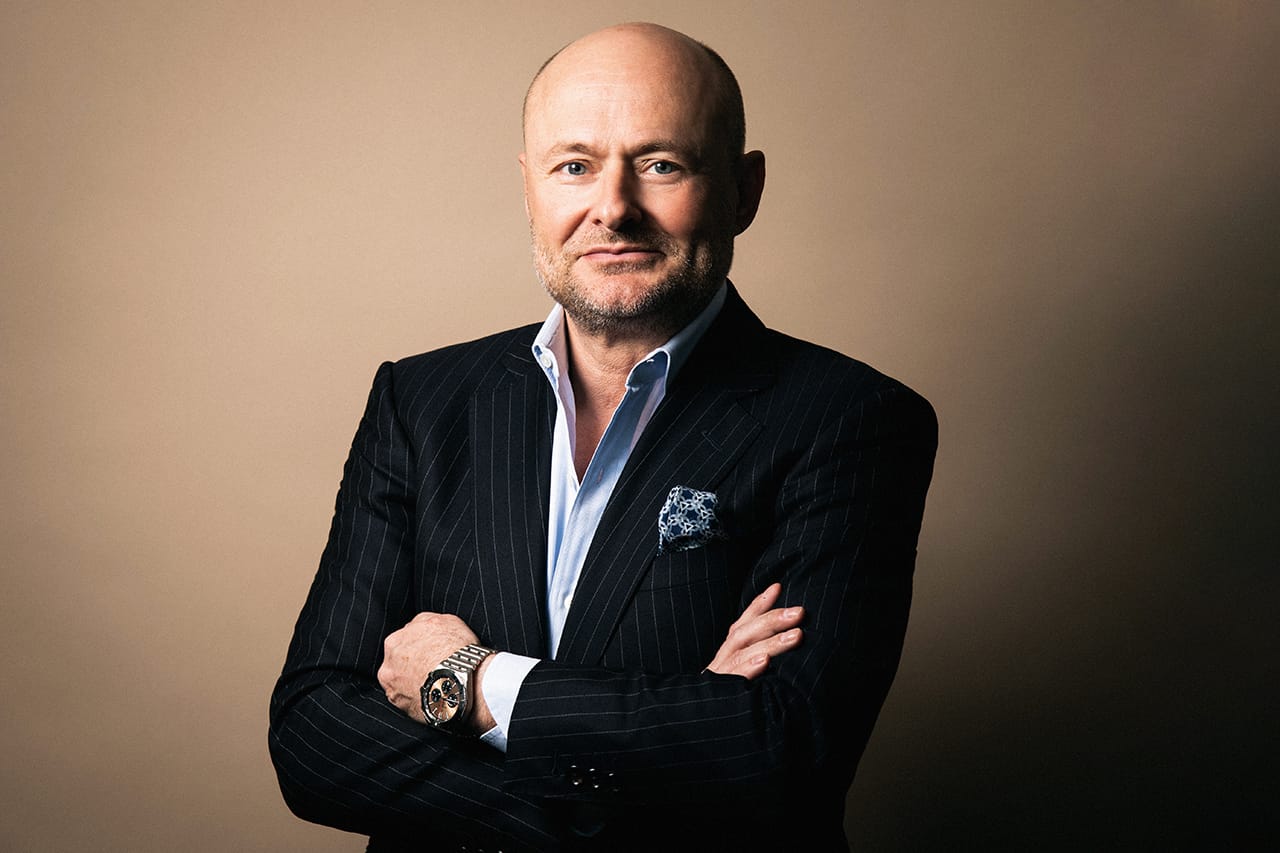 How did you arrive at the four aircraft depicted in this new Super AVI series?

“The Curtiss we had, the Mosquito we had. Then the Mustang, funnily enough, Breitling [has been] using the Mustang since forever and we never actually had the rights on it, so I don’t know how they did this, but we always used the Mustang, so it was obvious. And then, I like the Corsair because of the color, the blue, and there was a series when I was a child which was [set] on an island in the Japanese area, where they had this plane, called Pacific 214.” 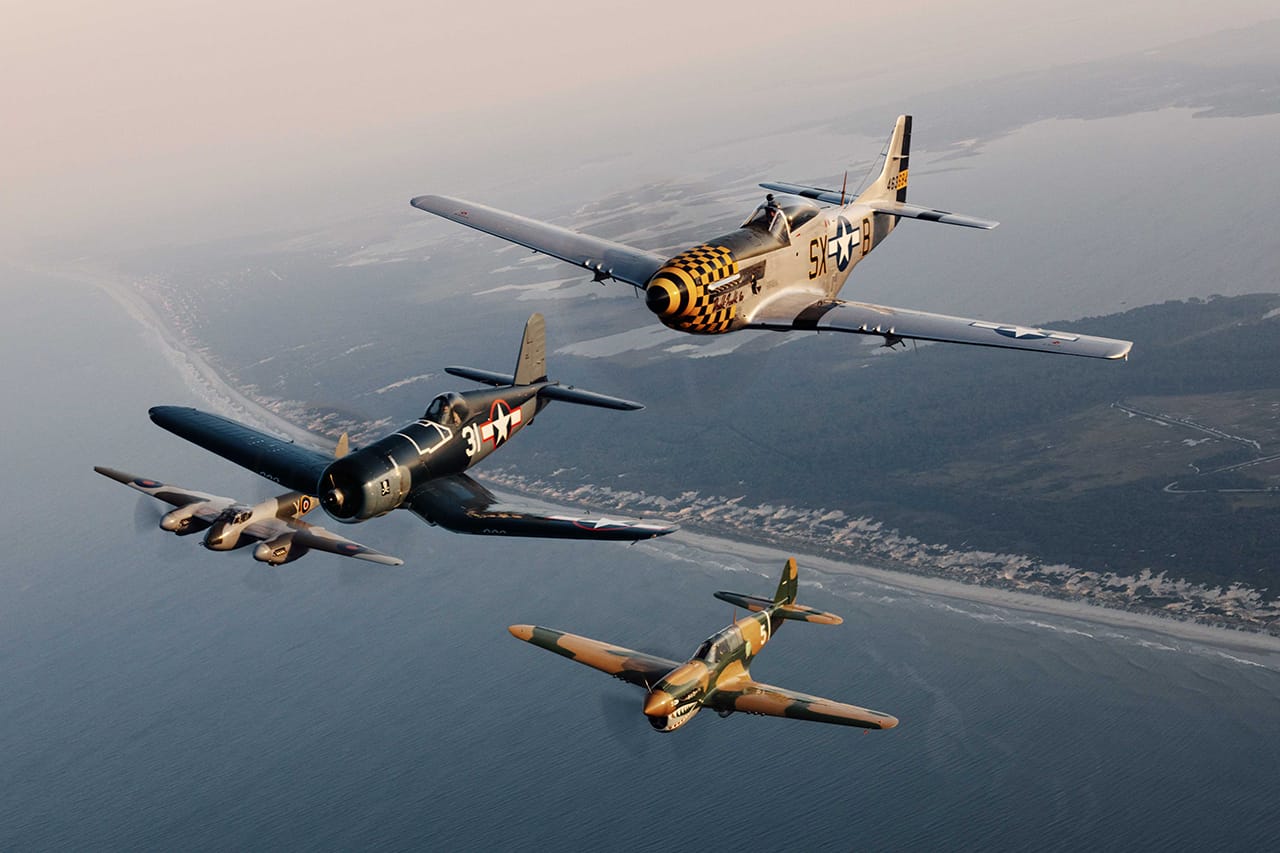 Vintage-inspired watch designs have been one of the major driving forces in the industry for the past five years, is there a risk we’re ignoring the present?

“The question is not, “is it vintage?” – first of all we’re Modern Retro, we’re not vintage and dusty – the question is, “is it cool or is it not cool?” Everything we are doing, it’s cool. Everybody who sees our assets, our movies, our advertising, our point of sales, will say it’s cool. The question is how you do it. If you do it old-style, dusty, of course you will have a problem. But when I look at these products, which are so beautiful, and when I see that young people like these stories, I think that’s cool. That’s one element.”

“The second element is, in a world where every morning you wake up, you have drama: Afghanistan, fugitives, CORONA – you name it – some people like to have an anchor and grab something from a time when everything was still okay. TWA, PAN-AM* – if you remember the movie ‘Catch Me If You Can’ with Leonardo DiCaprio – it was not Ryanair, not a cheap airline, this was luxury. People today, humanity, is overloaded with problems, with cheap stuff, with horrible stuff, you have breakdowns, people cannot cope with all of this anymore. Coming and remembering the “good old days” is something very impactful and it works. In the execution, if you do it cool you even gain super young clients.”

* Breitling released an Airlines capsule collection in 2019, reflecting a different commercial flight in the 1950s and 1960s.

Breitling feels like a very different brand now from the one you took over four years ago, what have changed?

“The success story of Breitling is that everything works, we have design codes in the products, we have our “Modern Retro” design and the “Loft” industrial style design of our boutiques, our black and white advertising, so it works. It was difficult four years ago, when we were starting the transformation process, it was weird, you had lots of stuff from the old days and stuff from the new days. The consumer was probably a little bit confused, but now it’s super impactful.”

In that time the brand has also really changed its tone of voice around aviation and cars, why?

“The first thing you know, we decided to stop the relationship with Bentley because – first of all, we love them and it has been the longest car/watch relationship in the industry – but we have this mantra of “Modern Retro,” we have our design style and we believe that talking about vintage cars – I mean there’s nothing more sustainable than a vintage car – you’re not buying a new one, you keep it, that’s why it’s called a vintage car.”

“And we believe you can absolutely talk about aviation without having a jet team, which we’ve also stopped, you cannot have a jet team in our days, blowing all this carbon into the air, you face such a shitstorm on social media, forget it.”

“Having this approach with these cars, these American muscle cars, reflects the power of Breitling and the planes also. So I think both elements fit the brand, in terms of history, in terms of power, in terms of masculinity. Also with Triumph, with Deus Ex Machina, all the partnerships, all the sports, the surfing, the triathlon, everything fits the brand and makes it compact and nothing is weird in any of our communication elements.”

The Super AVI series of chronographs is available now via Breitling, with prices starting at $10,100 USD.