Harsh waves! Bugsy Drake shared her thoughts on the drama that continues to unfold between her former Below Deck Mediterranean costars Hannah Ferrier and Sandy Yawn after the captain said the former chief stew just “waits tables.”

Stars Fired From ‘Below Deck’ Through the Years: Photos

“I can understand the backlash of like where Hannah stands in terms of saying that she just waits tables. Like I don’t agree with that comment because a chief stewardess goes above and beyond like just waiting tables,” Bugsy exclusively told Us Weekly about the reignited feud between Hannah and Sandy while promoting her new book The Art of Tablescaping: Deck Out Your Table with the Queen of Theme which will be out Tuesday, May 4. 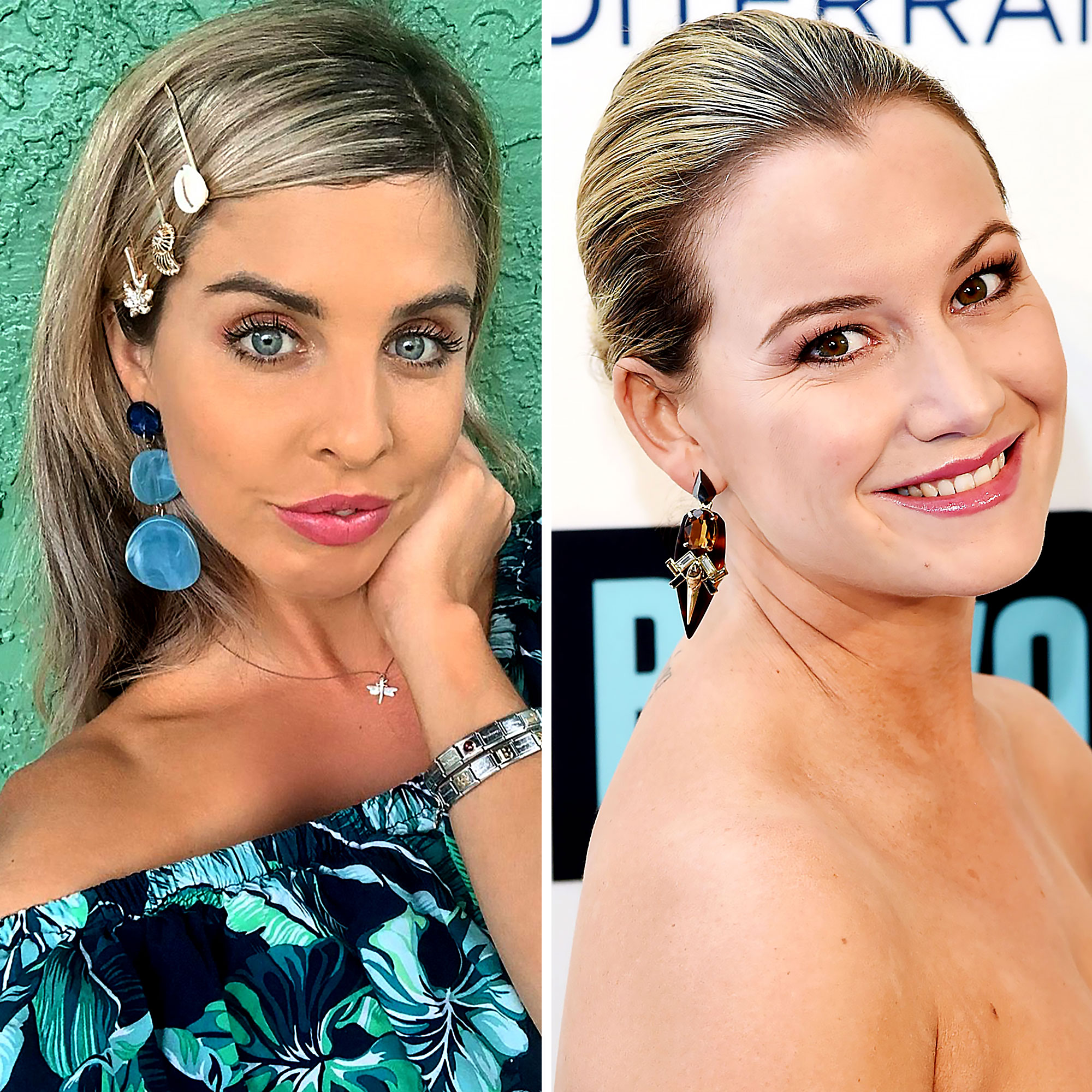 She added: “They oversee the entire guest experience, although they’re not driving the yacht, they set up the itinerary, they make sure that their stay on board is just high end and top-notch, they set tables, they wait tables, they look after the crew. I always say the chief stew is like the mother of a yacht. So I don’t think that Hannah just waits tables is a fair comment, but it’s maybe the way that a lot of people might perceive it.”

Hannah had said “there was some weird competitive thing she had going on with me” when it came to Captain Sandy.

“Which was kind of silly because it’s not two positions that should be competing,” she explained during an episode of the “Side Piece with Melissa Pfeister” podcast in late March.” But I don’t think we were competing on our work positions. I think she was competitive with me on the TV side of things.”

Former ‘Below Deck’ Stars: Where Are They Now?

Sandy responded the following month, saying, “That’s not true. I’m a real captain and I expect a level of service,” she told Showbiz CheatSheet at the time. “Hannah was there for the camera. I was there as a captain. Two different things. I actually care about yachting. And I care about my job.”

Sandy then added that Hannah “waits tables” while she is a caption, which was met with some criticism from several Below Deck alums at the time. 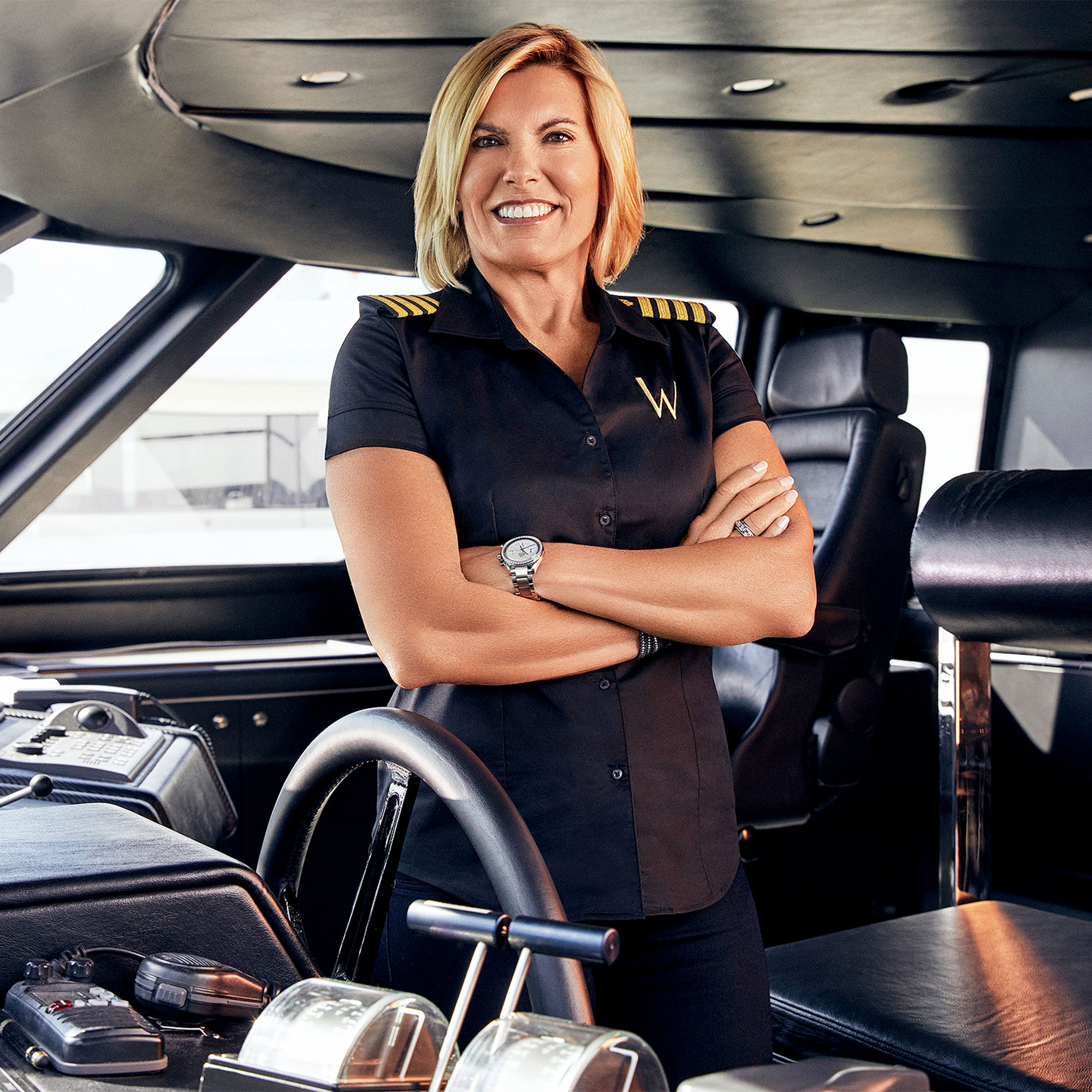 Bugsy did suggest that perhaps the comments from Sandy, who has written the foreword for her book, were taken “a little out of context,” telling Us, “We are in the service industry and a lot of the time people can relate the service aspects of a stewardess to that of a waitress, which is not a bad thing. I don’t think that people should be up in arms about the fact that she waits tables because I think that a waitress, just like anyone else, has a very tough job.”

She concluded: “I think that comment might’ve been taken a little out of context in terms and made into a bad comment because I don’t necessarily think Sandy meant it in a malicious way. Her and I have a close relationship and I know that she has a lot of respect for any chief stewardess that works with her.”

Bugsy also commented on the circumstances surrounding Hannah’s departure from season 5 of Below Deck.

“It was crazy. And I think it came across a lot more, like, in a way, malicious to viewers, because a lot of people who watched the show don’t really understand the whole professional side of the yachting industry,” Bugsy explained to Us about Hannah’s firing.

Fans of Below Deck Mediterranean may remember Hannah was terminated after her roommate Malia White reported that the chief stew had Valium and a CBD vape pen to Captain Sandy. The decision was met with backlash online and even Below Deck cast members were divided.

“Viewers get to see the entertaining side of [Below Deck], but don’t really understand how strict the rules and the Maritime Law is. The show does follow an actual yacht, we actually are out at sea, it’s not just a Hollywood production. We are all working. Captain Sandy does have a captain’s license, which could be at stake if anything was to go wrong. So I think there was a lot of backlash,” Bugsy explained about Hannah having undeclared Valium on board.

She continued: “I think a lot of it was misjudged just by viewers who don’t understand the full extent of how badly things could have gone if they hadn’t taken the stance that they had,” Bugsy told Us. “But, with that said, I’ve commented before, that a lot of things could have been handled a lot better.”

Below Deck Mediterranean’s Biggest Drama Through the Years

Bugsy added that it was “inevitable” that Hannah and Sandy’s relationship would reach a breaking point: “Over the five seasons that they’ve worked together, I don’t think they’ve had the strongest relationship and they’ve never really seen eye to eye.”

While Bugsy revealed that she does keep in touch with many of her fellow cast members, she has not been in contact with Hannah.

“I wish her well on her baby and that’s pretty much as far as that’s gone. I think we had our last bits of communication, just after the reunion and that was that. It was kind of like a final stop to everything that’s been going on between us,” she told Us, referring to Hannah welcoming her daughter, Ava, in November 2020.

With reporting by Diana Cooper