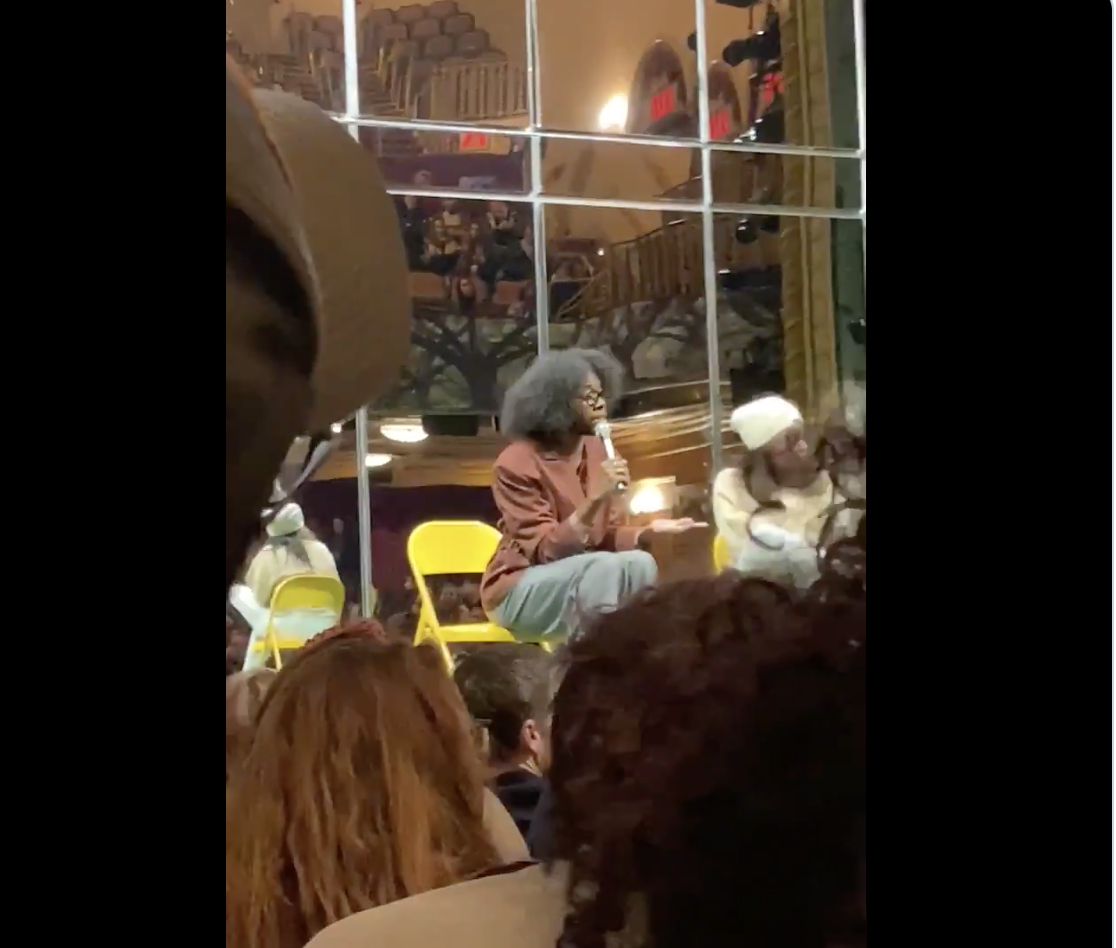 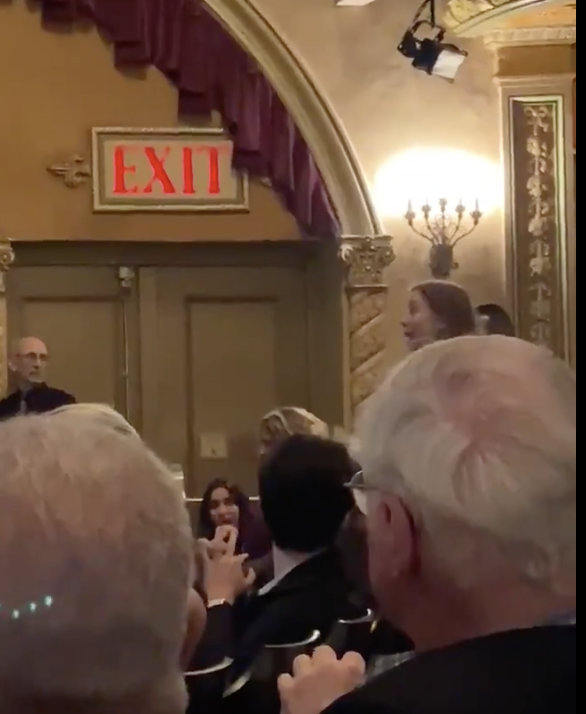 A Broadway audience was stunned on Friday night when a white woman jumped from her seat and accused a black, gay playwright of being “racist against white people.”

Jeremy O. Harris was taking questions in the packed theater following a performance of Slave Play, his new play that’s been called provocative, uncomfortable, and thought-provoking. Its story focuses on three interracial couples who are struggling with their sex lives and take part in an Antebellum master-slave role-playing therapy workshop to try and fix their issues.

It’s drawn critical acclaim as well as some controversy. But even so, when a white audience member suddenly started cursing and yelling at Harris during his Q&A, the rest of the room couldn’t believe it.

“My jaw was on the floor,” Sydney, who was sitting a few rows behind the woman and asked only to be identified by her first name, told BuzzFeed News. “It was really wild, but, in hindsight, I’m not surprised at all that a white woman completely freaked out and and couldn’t handle the emotions she was feeling.”

The 25-year-old, who called the play “a fucking roller coaster,” said she was still emotionally reeling from the performance when Harris announced he would do a Q&A with the audience.

Sydney said the woman, who has yet to be identified, raised her hand, but Harris called on someone else. Several videos posted on social media captured what happened next.

“She just freaked out,” Sydney said. “The videos don’t do it justice. She went off on him…she was screaming at the top of her lungs. She could not handle her own guilt or responsibility in her own feelings and she demanded that Jeremy help explain and handle her feelings.”

In videos posted on Twitter, the woman was standing, pointing her finger at the stage, and shouting that she “doesn’t want to hear that white people are the fucking plague all the time.”

She proceeded to say she has been a victim of rape, false arrests, having her children taken away, and “being told as a single woman I’m not good enough to fucking raise them.”

“How the fuck am I not a fucking marginalized member of this goddamn society,” she asked Harris.

“I never said you aren’t,” the playwright calmly responded. “I never once said that you as a white woman were not a marginalized person. But if you heard that in my play, I don’t know what to tell you. Perhaps read it or see it again.”

After he responded to the woman during the Q&A, she kept going, shouting that she was tired of hearing a “whole bunch of stuff about how white people don’t get how racist they are,” and about a time “300 years ago.”

During the exchange, which lasted several minutes, the audience booed, hissed, and cheered.

“People were yelling in support of her, of him, you could tell other people felt similarly to what she did,” Sydney said.

She also became exasperated after Harris did not have an answer to her question on the solution to racism, Sydney said.

“It’s really hard to figure out a solution to 400 years of oppression,” Harris told the woman in one video clip.

“You know I spent my whole life trying to make a fucking solution,” the woman yelled back as audience members tried to calm her down.

Her angry reaction, and her attempts to justify why she was marginalized and shouldn’t be blamed for racism, Sydney said, aptly tied into the characters and scenes the audience had just watched on stage.

“In the play, the black person in every couple doesn’t feel heard or valued by their white counterpart,” she said. “She was mirroring the attitude of one white woman in the play and embodying the same characteristics. The play is about race and black people and what they experience, and she couldn’t recognize that she was feeling exactly what the play was designed to make her feel.”

Harris shared part of the exchange on Twitter on Friday night, writing, “Imma tell my kids this was The Blind Side.”

The video racked up nearly 2,000 retweets and scores of comments, generating a conversation in which people were “cringing,” dying at the woman’s “audacity,” calling out “white fragility,” and remarking on how she embodied a stereotypical white woman by “talking over a black person and “making it about her.”

“Damn. Even Slave Play had to sit through Thanksgiving dinner,” one person joked.

The playwright responded to some tweets, telling one person that he “made space for her and kept trying to chat with her through it but didn’t publicly shame. I just said, ‘this is its own play.'”

In an interview with the Washington Post, Harris said he chose to listen to the woman because, “It would have been hypocritical of me as someone who said from the beginning, I wanted this to be a play that sparked conversations.”

“Rage is a necessarily lubricant to discourse,” he told the paper.

Sydney said that, from an audience perspective, it was obvious that Harris’s work had done exactly what he meant it to.

“He wants to cultivate an uncomfortable conversation and response, and she then made it about her and her deep personal experiences when it wasn’t about her at all,” she said. “She felt like she was able to take up space in a space that wasn’t meant for her.”

Related posts:
12/01/2019 Entertainment Comments Off on A White Woman Interrupted A "Slave Play" Q&A To Call Its Black Playwright Racist
Recent Posts
We and our partners use cookies on this site to improve our service, perform analytics, personalize advertising, measure advertising performance, and remember website preferences.Ok