This is The Royal Tea, BuzzFeed News’ newsletter where you can get your royals news and analysis before anyone else. Sign up here. 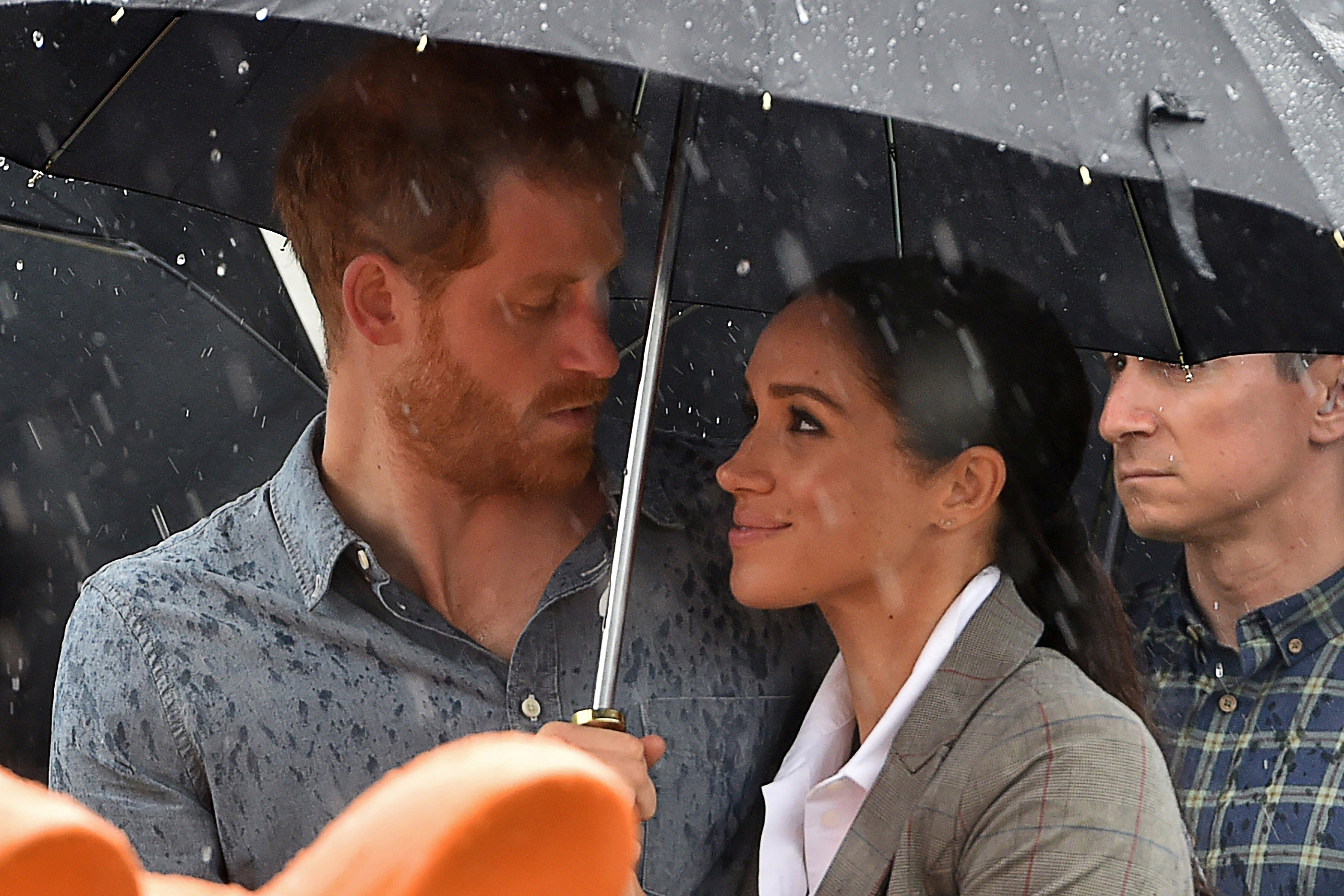 A month ago, retired Guardian editor-in-chief Alan Rusbridger wrote a column about the UK media’s coverage of the Duke and Duchess of Sussex that, in my opinion, is a must-read for everyone who follows the royals — particularly this one bit:

“Almost everything we think we know about this couple is filtered through journalists. It is unusually difficult to judge the reliability of most royal reporting because it is a world almost devoid of open or named sources. So, in order to believe what we’re being told, we have to take it on trust that there are currently legions of ‘aides’, ‘palace insiders’ ‘friends’ and ‘senior courtiers’ constantly WhatsApping their favorite reporters with the latest gossip. It has been known to happen. Maybe they are, maybe they aren’t. We just don’t know.”

One thing that we do know is that so far in 2020 there have been two very specific stories based on reliable leaks from these types of sources to one particular reporter, Dan Wootton, the executive editor of the UK tabloid newspaper the Sun. Both stories forced the royal family’s hand into revealing huge news prematurely, and from the monarchy’s standpoint, on an undesirable timeline. And both stories wrote about Harry and Meghan in a particular way.

The first was the Sun’s Jan. 7 exclusive citing “pals” and “friends” of the couple, as well as “courtiers,” claiming that Harry and Meghan were planning to move to Canada and might even relinquish their HRH titles. The next day, the Sussexes confirmed that it was basically true.

But the Sun’s story didn’t just break the news about Harry and Meghan’s plans, it quoted sources who implied that one of their reasons for stepping back was a bit…petty?

A “friend” told Wootton that the couple felt it had “been made very clear” that they “were not central to” the monarchy’s future plans. Why? Because the official royal family Instagram account posted a group picture of the Queen, Prince Charles, the Duke of Cambridge, and Prince George (i.e., the direct heirs to the throne) around the holidays. After the Sussexes released their bombshell statement, this detail from the Sun’s scoop was seized upon and reported by the tabloids (“Was THIS the photo that pushed Meghan and Harry over the edge?” asked the Daily Mail).

The second major Sun/Wootton scoop was last week’s news that the Queen’s eldest grandchild, Peter Phillips, and his Canadian-born wife, Autumn, were splitting up. Even though they weren’t even involved, the story also prominently featured Harry and Meghan.

On Feb. 10, Wootton published his report that the Phillipses were separating after 12 years of marriage and two children. This is the first divorce in the Queen’s immediate family since two couples, Prince Charles and Princess Diana and the Duke and Duchess of York, formally parted ways in 1996.

The story includes a number of quotes from Peter’s unnamed “pals” and “close friends” of the couple, who reportedly told Wootton that Autumn (recently, it’s implied) informed her husband that she “wants to split,” leaving him “devastated” and “in total shock,” and the Queen “upset.”

And then it took a turn. 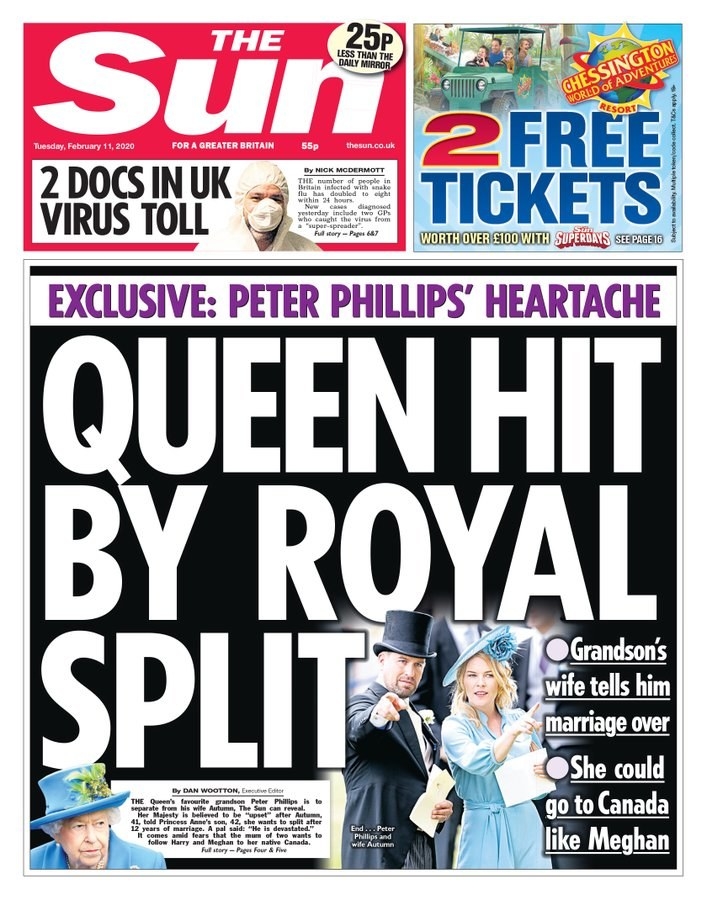 The Sun didn’t just break the news — it broke it in a way that clearly picked a side. The way its sources told it, Autumn instigated the separation and “blindsided” her “devastated” husband. The story alleges that these “close friends” think Harry and Meghan’s move to Canada “could have hastened Autumn’s shock decision” and says there are “fears the mum of two wants to follow [them] to her native Canada.”

In a direct quote to the Sun, a “friend” said, “Maybe [Autumn] has been influenced by Harry and Meghan’s departure. Perhaps she thought, If that can happen then I can leave as well? That might be unfair on her but you have to consider it.”

And a “senior royal source” said the Queen “will be crestfallen by this, especially on top of all the other bad news.” (Specifically, “Harry and Meghan…quitting the UK”).

The next day, when Wootton’s bombshell report covered the front page of the UK’s second-most circulated newspaper, the Phillipses responded by issuing a statement. They confirmed the essence of the Sun’s story without specifically referencing it, but made it very clear that the couple will continue to live in the UK with their daughters.

The couple also says explicitly in their statement that the Queen and other members of the couples’ families were informed about the separation in 2019 and the decision to divorce “came about after many months of discussions.” 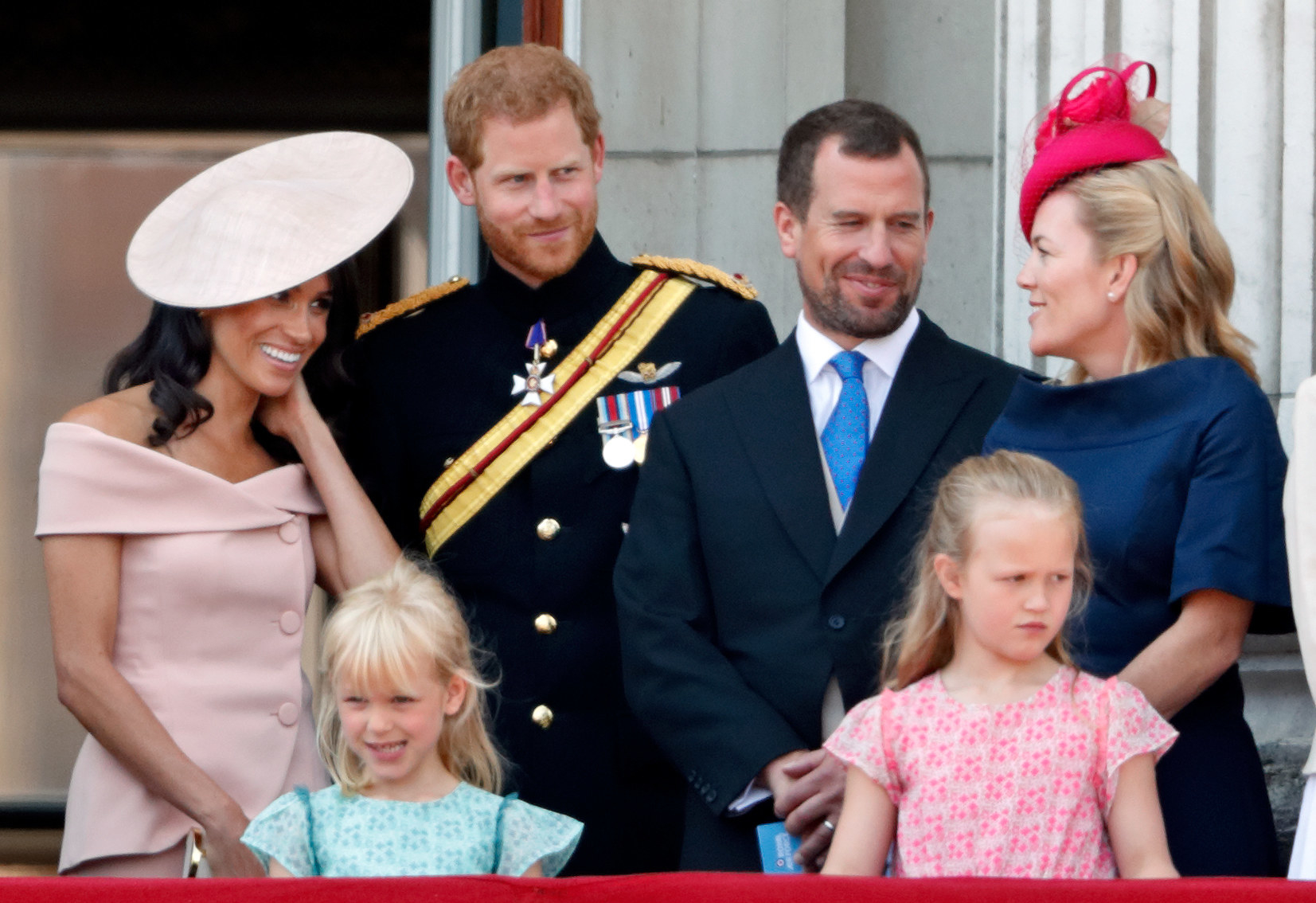 The Sussexes and the Phillipses at Trooping the Colour on June 9, 2018.

But the Sun’s story is written in a way that makes it seem like a recent split — and specifically, one that happened in the wake of what the tabloids are calling #Megxit. As the couple has confirmed that isn’t the case, why were Harry and Meghan even mentioned in the story that broke this news?

For example, compare the story to Tuesday’s aggressively neutral story in the Express breaking the news that the Queen’s nephew, the Earl of Snowdon David Armstrong-Jones and his wife Serena, the Countess of Snowdon, plan to “amicably” divorce after 26 years of marriage. No drama, and certainly no Harry and Meghan connection.

Of course, sources can be wrong. Maybe Wootton just got bad info on the reason for the Phillips’s split. The thing is, the Sun’s sources on the divorce story were right — so right that the couple’s hand was forced to confirm it, after they had kept it hidden from the press for months. Also, as we’ve seen, Wootton and the Sun are clearly incredibly well-sourced on royal stories. A day before the British Academy Film Awards, he got the scoop that Prince William would deliver a speech about the lack of diversity in the award ceremony’s nominees.

In my opinion, the Sun made a choice. Woven within the words of the anonymous sources in Wootton’s story is a specific narrative. A second non-royal, non-British woman married to a member of the royal family has caused a catastrophic rift — and she might have been inspired by the first. 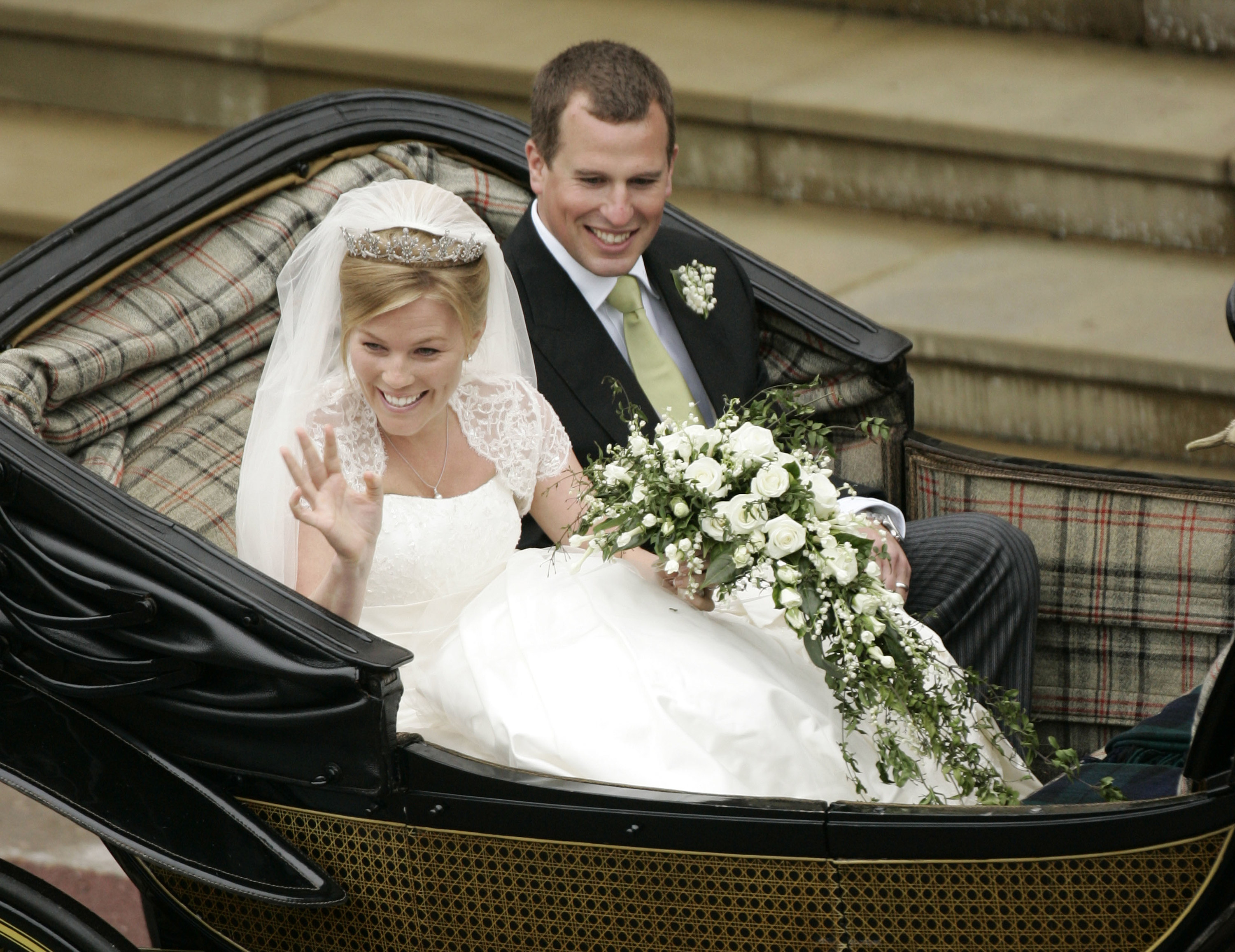 Peter Phillips and Autumn Kelly on their wedding day, May 17, 2008.

So why was the story written this way?

I don’t know for sure, but Wootton himself has said a lot about covering the royal family in the past. Four months before landing the scoop that the Sussexes were considering a move to Canada, he said something interesting on his talkRADIO show. He was speaking about the media’s backlash against Meghan guest-editing British Vogue, which some were calling hypocritical and racist:

“Obviously it’s so much easier for [Meghan and Harry] to blame anything uncomfortable on racism rather than address the fact that much of the negativity toward the couple is coming from within the royal family. The royal family and staff of the royal family are the ones that are very often leaking these stories to the press.”

And of course, one of the unnamed individuals quoted in Wootton’s story about the Phillips’s divorce is described as a “senior royal source.”

So did a person close enough to Peter and Autumn to have known this private, painful news for a period of time talk to Wootton and the Sun? And did they deliberately feed news of the split in a way that hinted there was a connection between the breakdown of the Phillips’s marriage and the breakdown of the Sussex’s relationship with the royal family?

Or was it because Harry and Meghan’s names are far more newsworthy and get far more clicks than the names of a couple going through a divorce — who just happen to be part of the royal family?

I remain, as ever, your faithful royal correspondent,

Related posts:
02/22/2020 Entertainment Comments Off on A Royal Divorce And The Curious Slant Of Leaks To The Press
Recent Posts
We and our partners use cookies on this site to improve our service, perform analytics, personalize advertising, measure advertising performance, and remember website preferences.Ok