A beautiful day, indeed! The first trailer for the Sony Pictures’ Fred Rogers film, A Beautiful Day in the Neighborhood, arrived on Monday, July 22  — and it’s safe to say that Tom Hanks knocked it out of the park.

In the first look, viewers are quickly given a taste of Hanks’ uncanny resemblance to the iconic children’s television host. The teaser opens with the two-time Academy Award winner, 63, in character singing the iconic Mister Rogers’ Neighborhood theme song.

Following this opening, Hanks as Rogers is greeted by a reporter, played by Matthew Rhys, who arrives on the show’s set to interview the TV star for a profile. Rhys’ Lloyd Vogel asks Rogers, “This piece will be for an issue about heroes. Do you consider yourself a hero?” 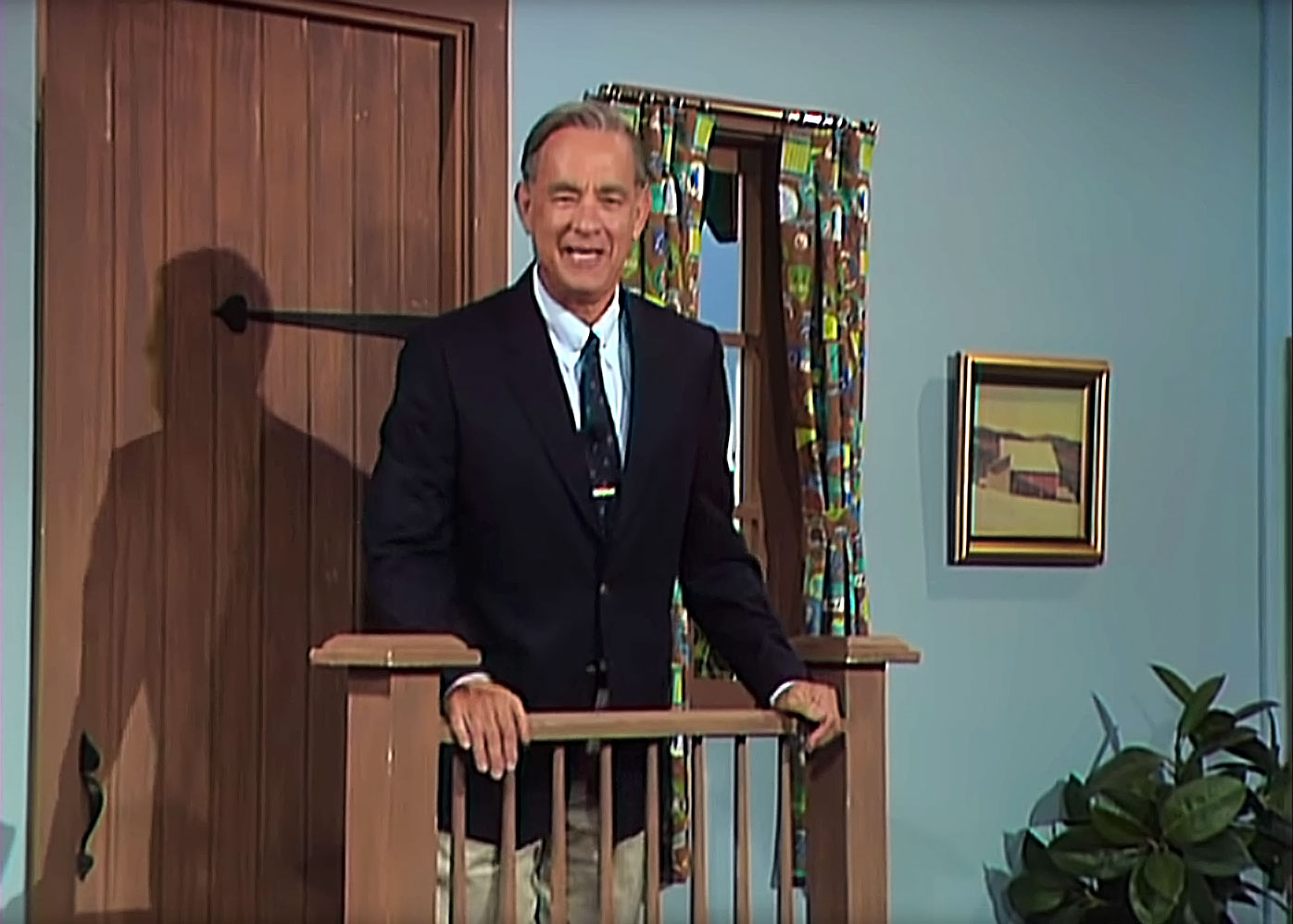 “We are trying to give the world positive ways of dealing with their feelings,” Hanks’ Rogers shares next as a mini montage clip shows the Pennsylvania native interacting with children, previewing his puppets and finally him in action on the Neighborhood set.

The trailer’s arrival marks the second glimpse audiences get to see of Hanks as Rogers. In September 2018, Sony Pictures unveiled a shot of Hanks smiling as he donned the late talent’s classic red sweater ensemble.

Directed by Marielle Heller (The Diary of a Teenage Girl and Can You Ever Forgive Me?), A Beautiful Day in the Neighborhood is loosely based on journalist Tom Junod’s 1998 Esquire profile of Rogers. The piece detailed the multihyphenate’s positive influence on society. 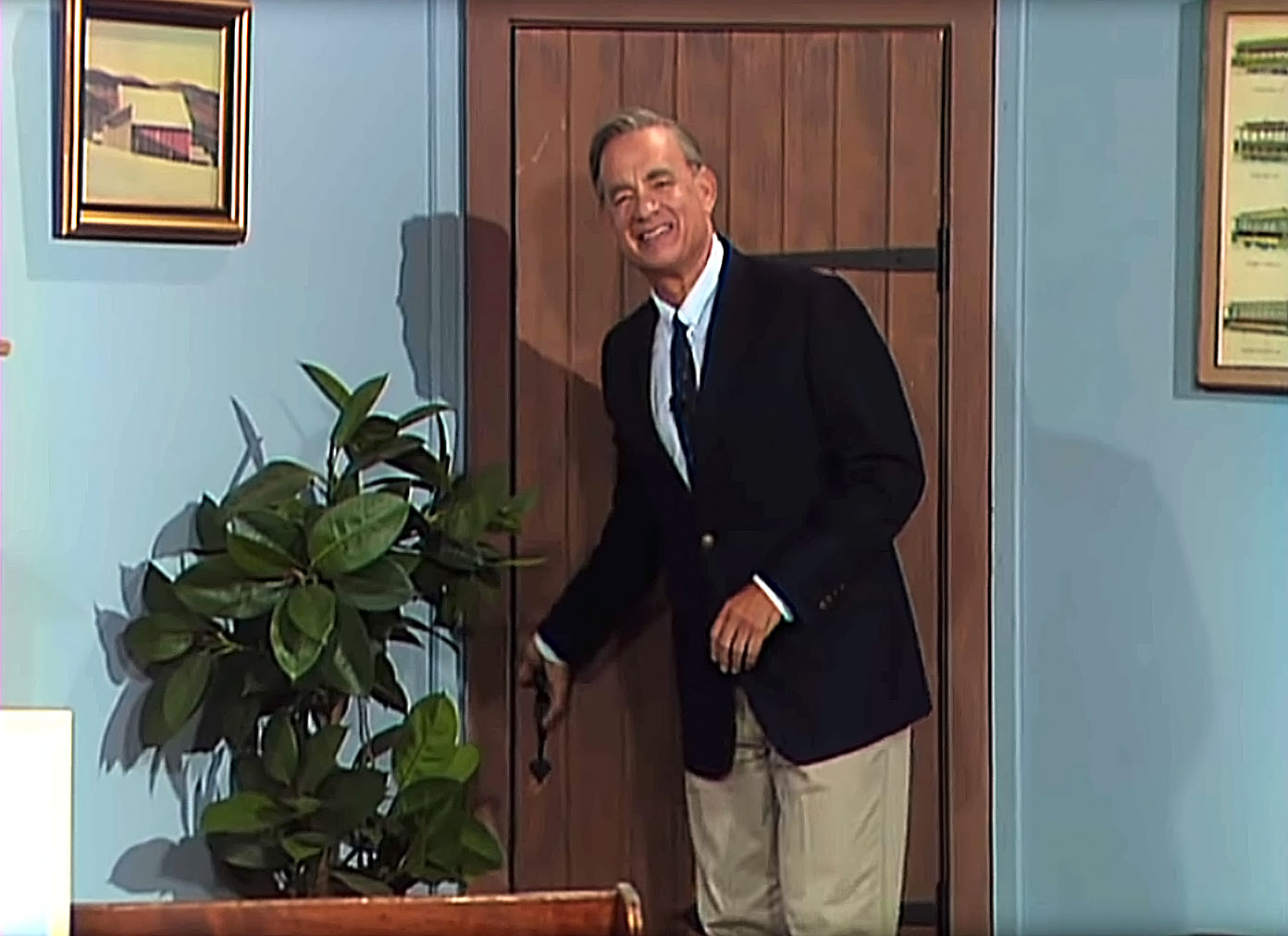 When speaking with Entertainment Weekly in March 2018, Heller refrained from calling the Rogers-inspired film a “biopic.”

“I disliked that when it got announced it was characterized as such,” Heller, 39, said at the time. “It’s really not. It’s a movie that’s largely focused on a reporter and [Mr. Rogers’] relationship to his life, and how [the reporter’s] whole world changes when coming in contact with Fred Rogers.”

Rogers died in 2003 following a battle with stomach cancer. He was survived by his wife, Joanne Rogers, and his son, James Byrd Rogers. He was 74.

A Beautiful Day in the Neighborhood is expected to hits theaters in November 2019.