As for the animated films, Big Ben is a no-brainer to visit on any trip to London. But visiting this iconic clock tower is more fun when you look at it and imagine you can see Peter Pan, Wendy, John, Michael, and Tinker Bell landing on the minute hand of the clock while en route to Neverland! 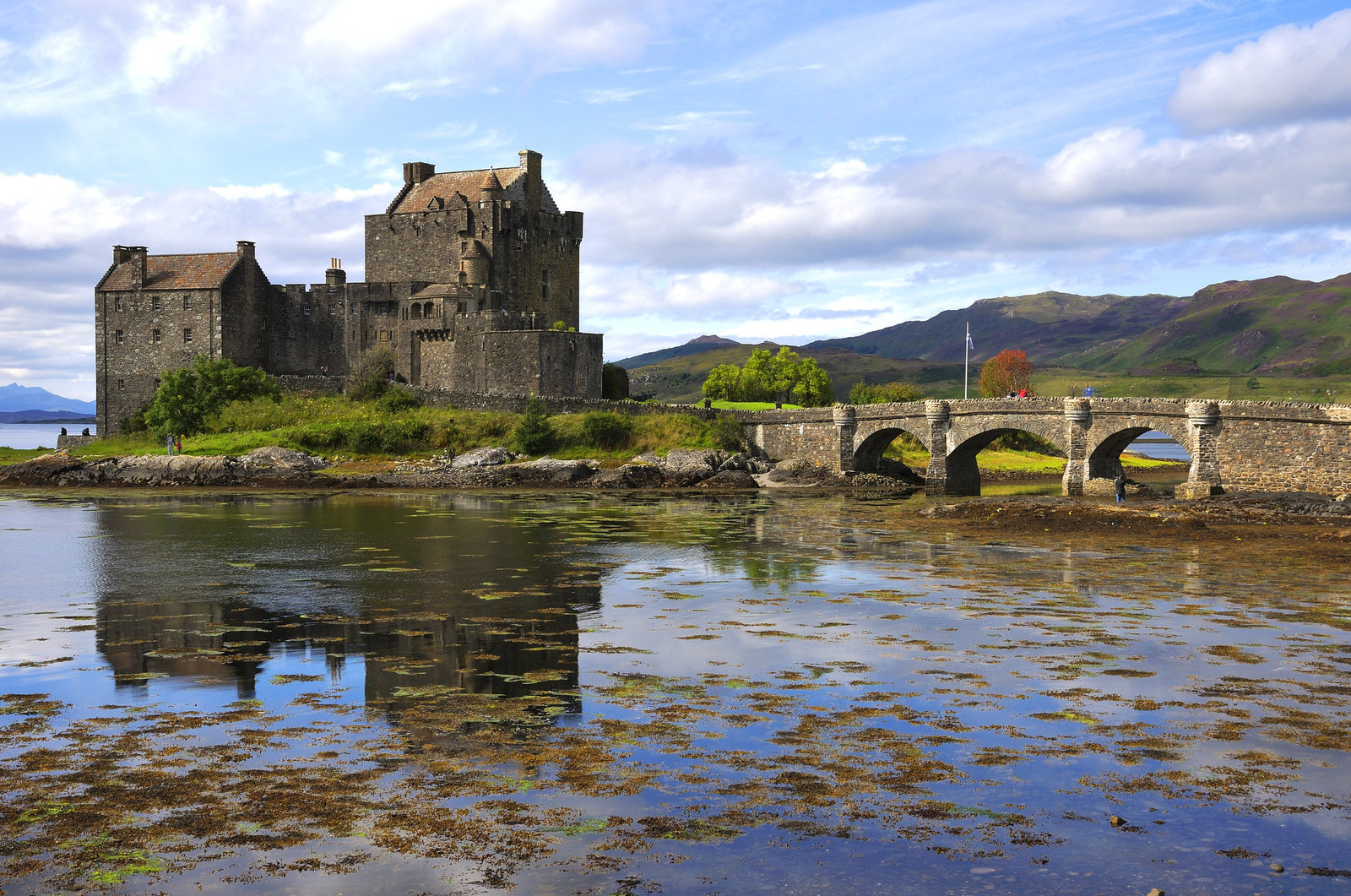 Any Pixar fan traveling to Scotland MUST visit the Eilean Donan Castle. This castle is notable as the animators’ inspiration for both the interiors and exteriors of Merida’s palace in the fictional kingdom of DunBroch in Brave.

Location: Dornie (about 6 hours from Edinburgh by train) 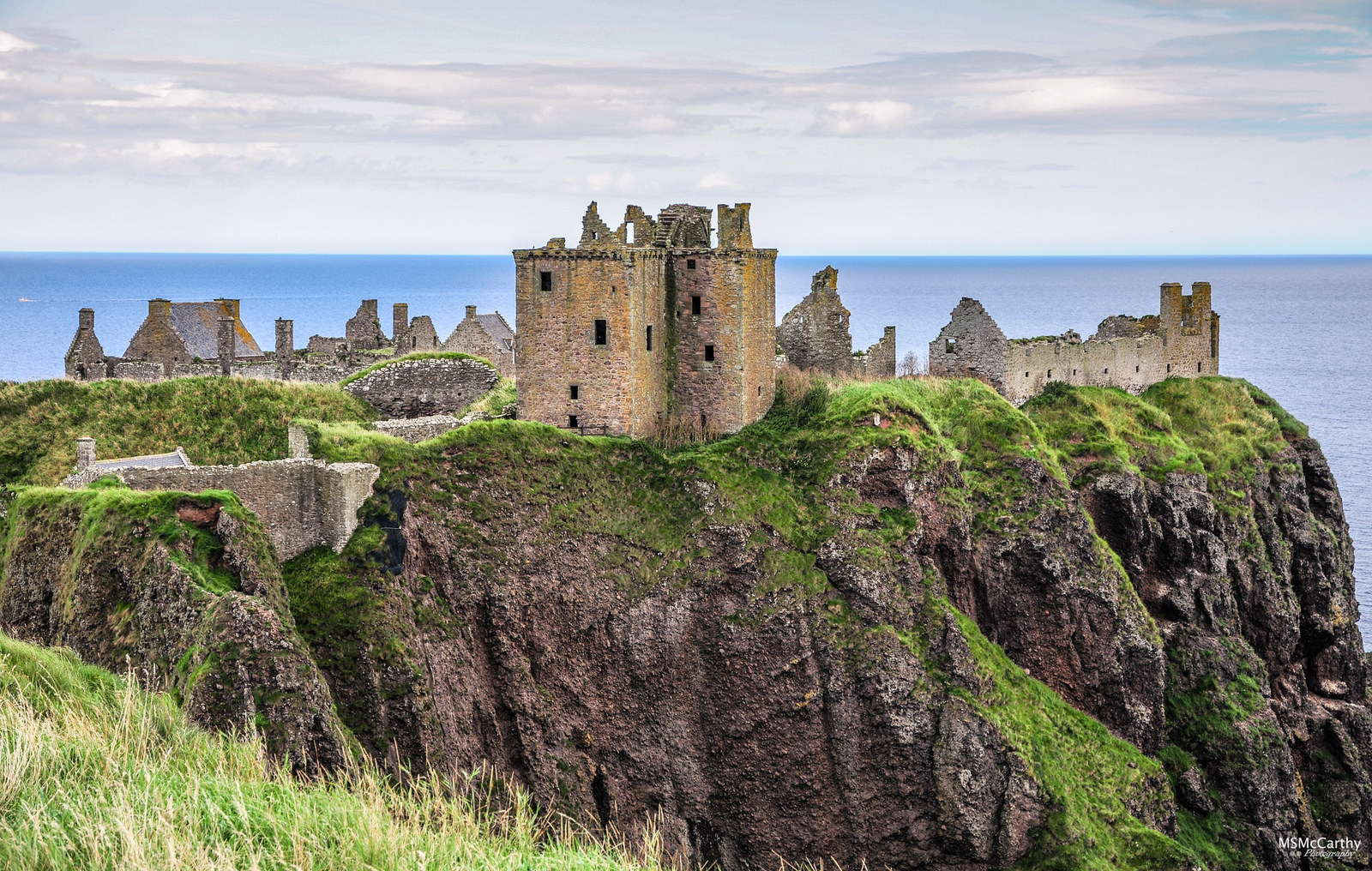 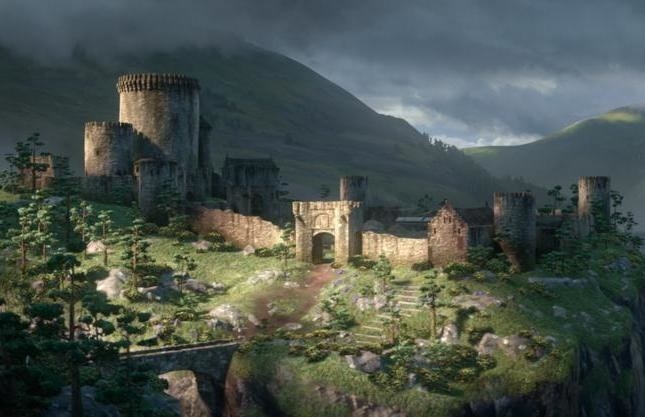 And while you’re at it block off some time to visit Dunnottar Castle, another Scottish castle that was also used as inspiration for Merida’s palace in Brave. Plus, you’ll be blown away by that breathtaking view of the North Sea!

Location: Near Stonehaven (about 2.5 hours from Edinburgh by train) 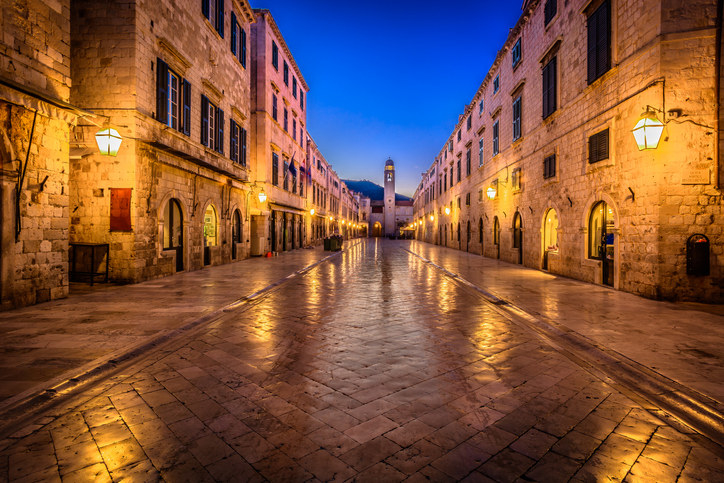 Speaking of Star Wars, if you find yourself strolling through the streets of Dubrovnik, you might start to think you’re somewhere familiar. That’s because you’re walking through the city of Canto Bight from Star Wars: The Last Jedi, aka where Finn and Rose went to recruit the “Master Codebreaker” — and wreaked havoc in the process!

Location: take a walk along Stradun, the main street in Dubrovnik 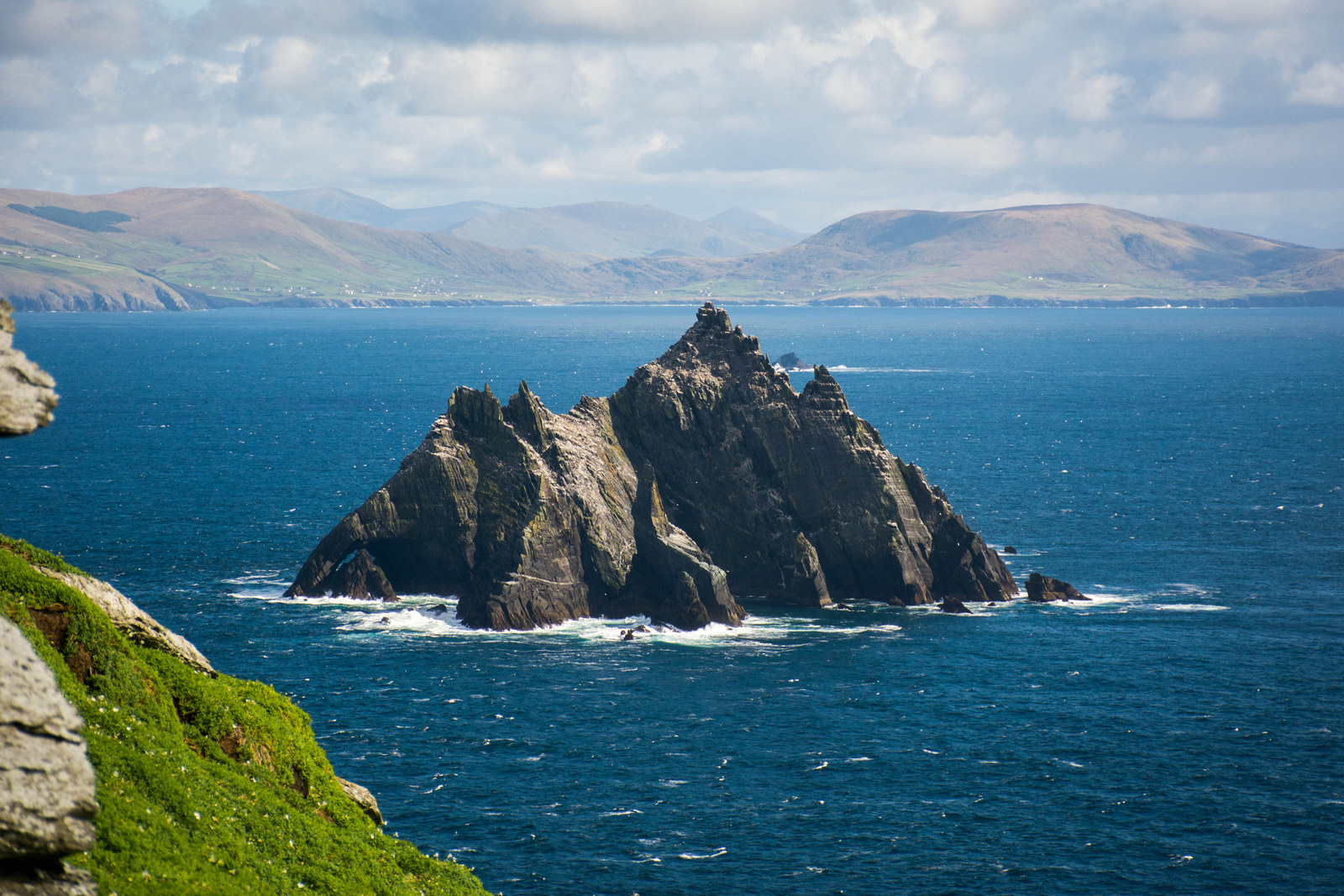 YES, you can go off to find Luke Skywalker in self-exile on the planet of Ach-To! (But actually, it’s an island in Ireland…) For a fun Star Wars trip, take a boat from Portmagee to the island of Skellig Michael, which was featured in both Star Wars: The Force Awakens and Star Wars: The Last Jedi.

Location: off the coast of Portmagee (about 5 hours from Dublin by car) 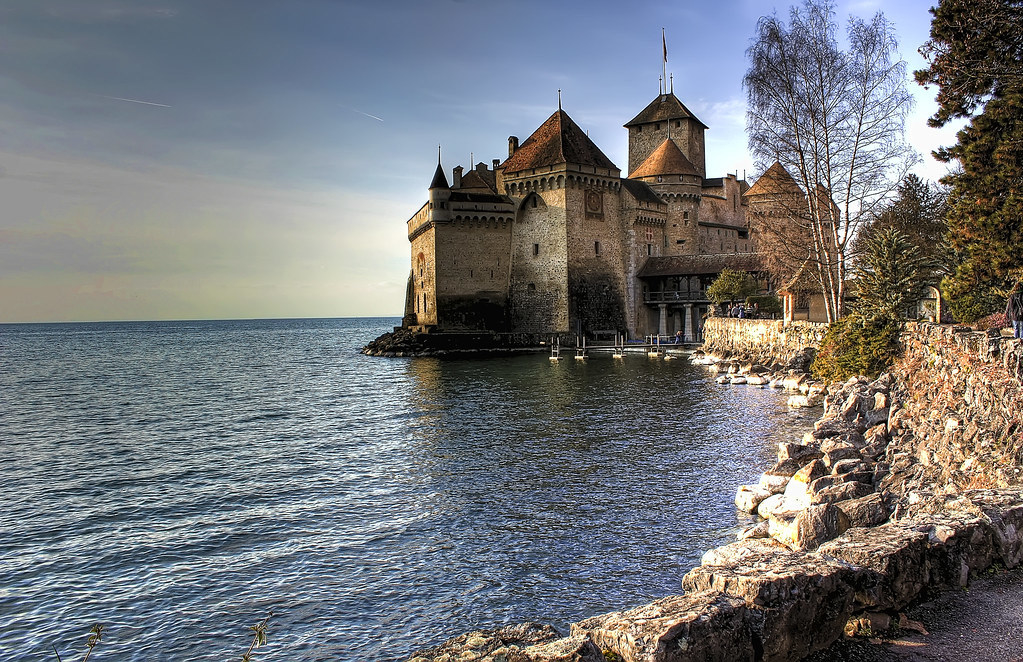 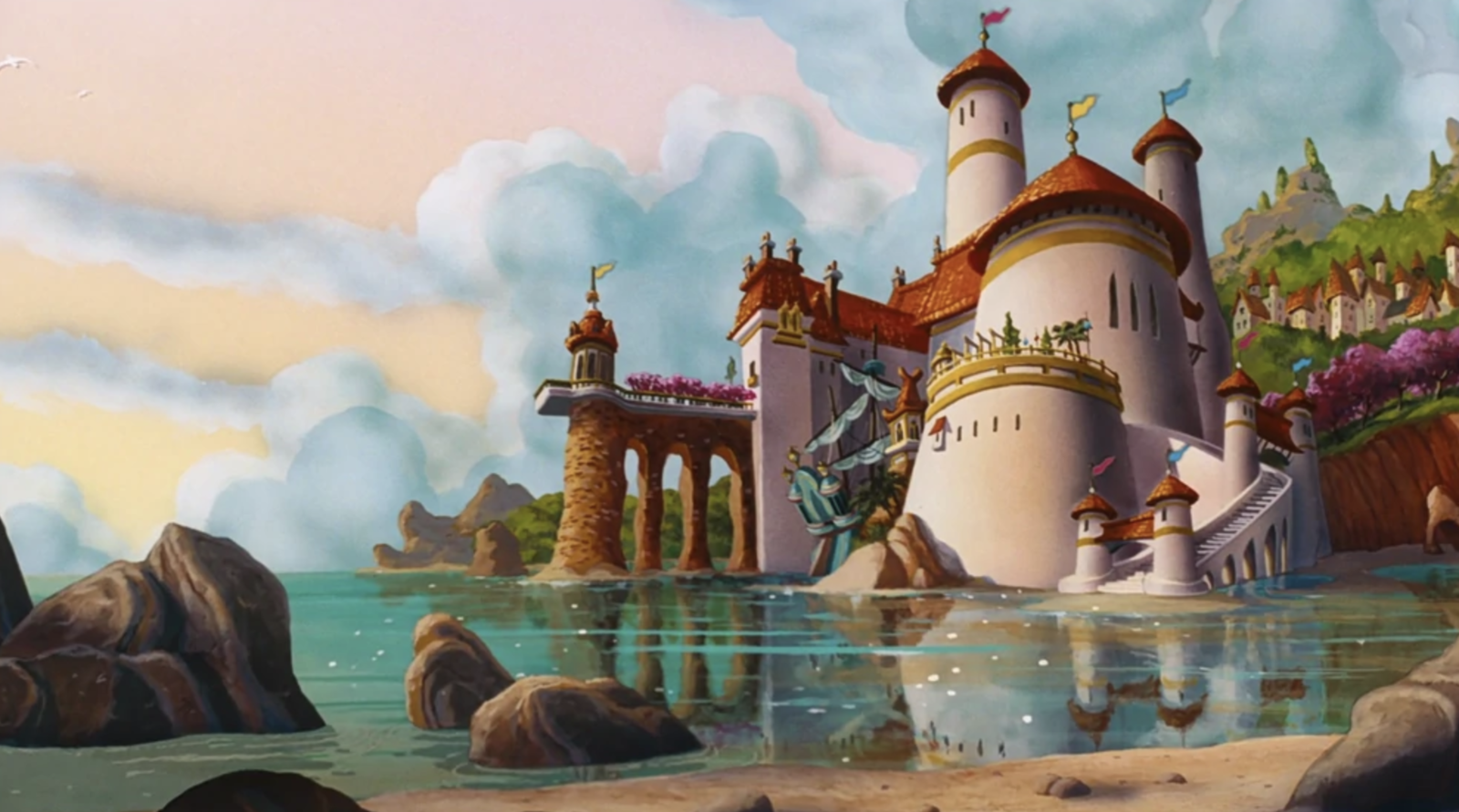 If you’re a mermaid at heart, then you HAVE to visit the Château de Chillon, which inspired Prince Eric’s Castle where Ariel finds her “happily ever after.” And you’re gonna love this even more: there’s a small beach right near the castle (just like in the movie!) that’s PERFECT for snapping those mermaid pics for Instagram. #YoureWelcome

Location: Veytaux (about 3 hours from Zurich by train) 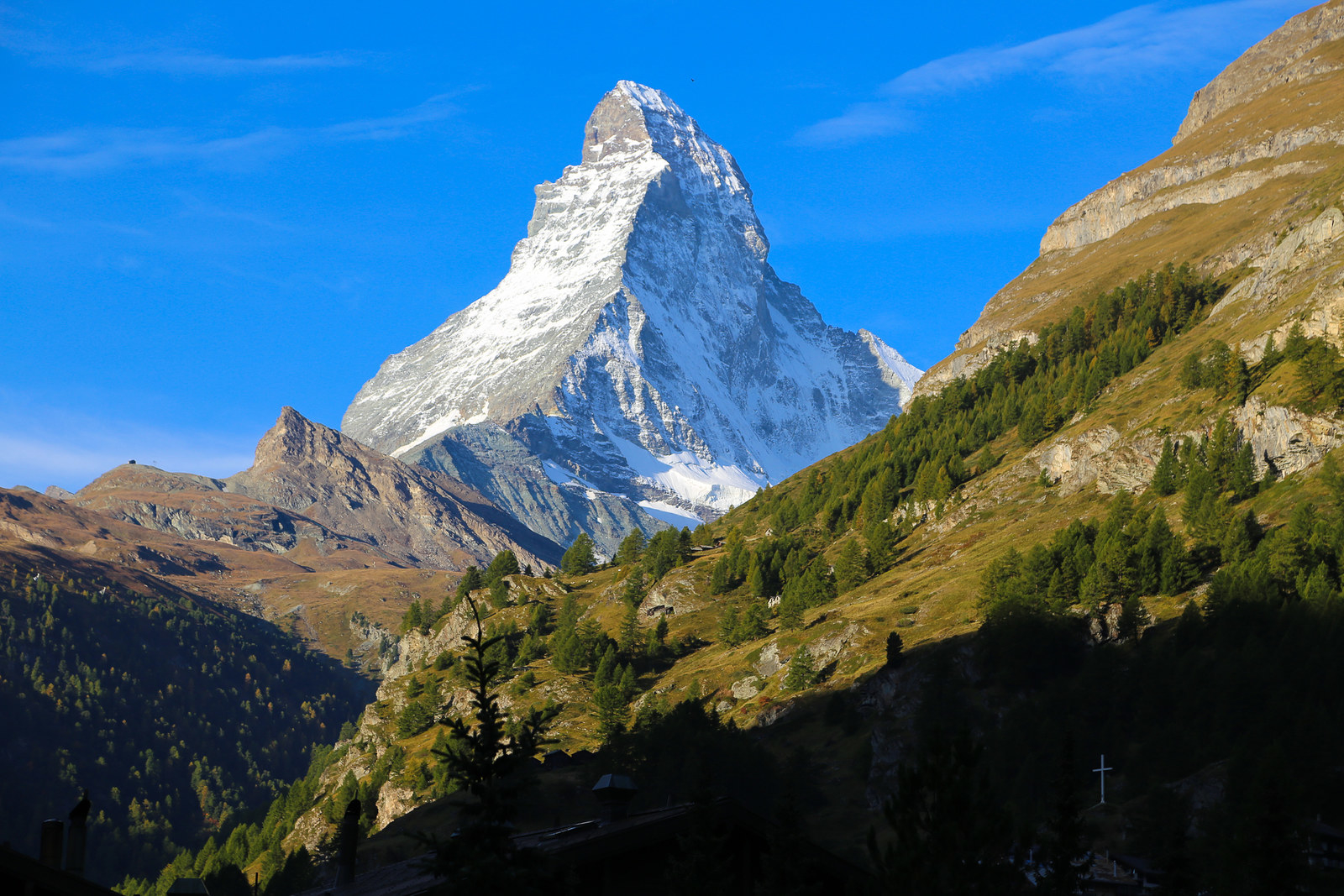 You can also experience a bit of real-life Disneyland magic by visiting the ACTUAL Matterhorn Mountain in the Swiss Alps. You could climb it (if you’re feeling adventurous) or simply admire it from the nearby village of Zermatt.

Location: Near Zermatt (about 3.5 hours from Zurich by train) 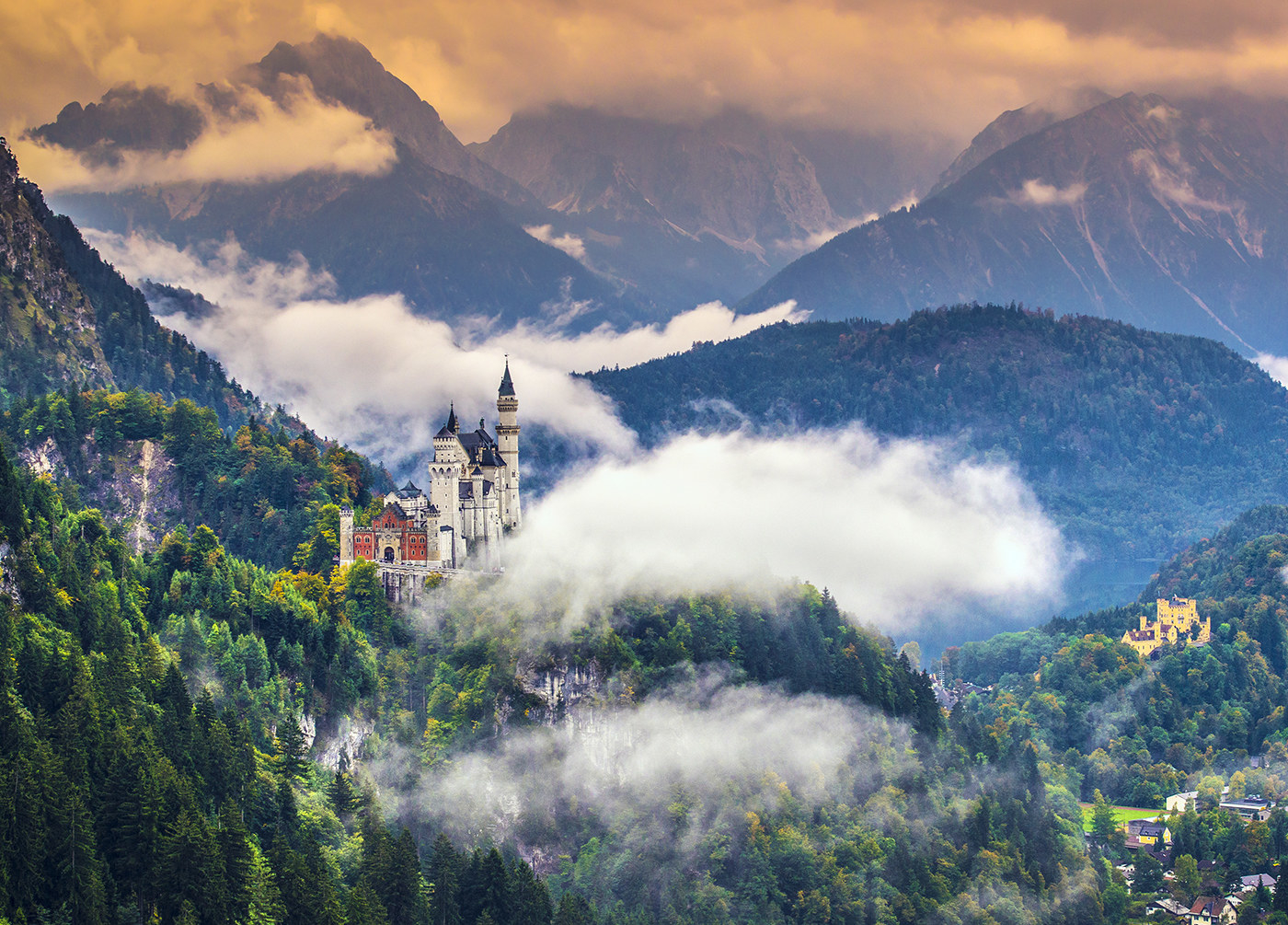 If you could only pick ONE European “Disney” castle to visit, it’d have to be Neuschwanstein Castle. It was the primary source of inspiration for the design of Disneyland’s Sleeping Beauty Castle (and you can totally see the similarities), and its architecture is also reminiscent of Cinderella Castle in Disney World! And yes, you are able to explore the inside of this gorgeous palace as if you were a Disney princess. 👑

Location: Schwangau (about 8 hours from Berlin by train) 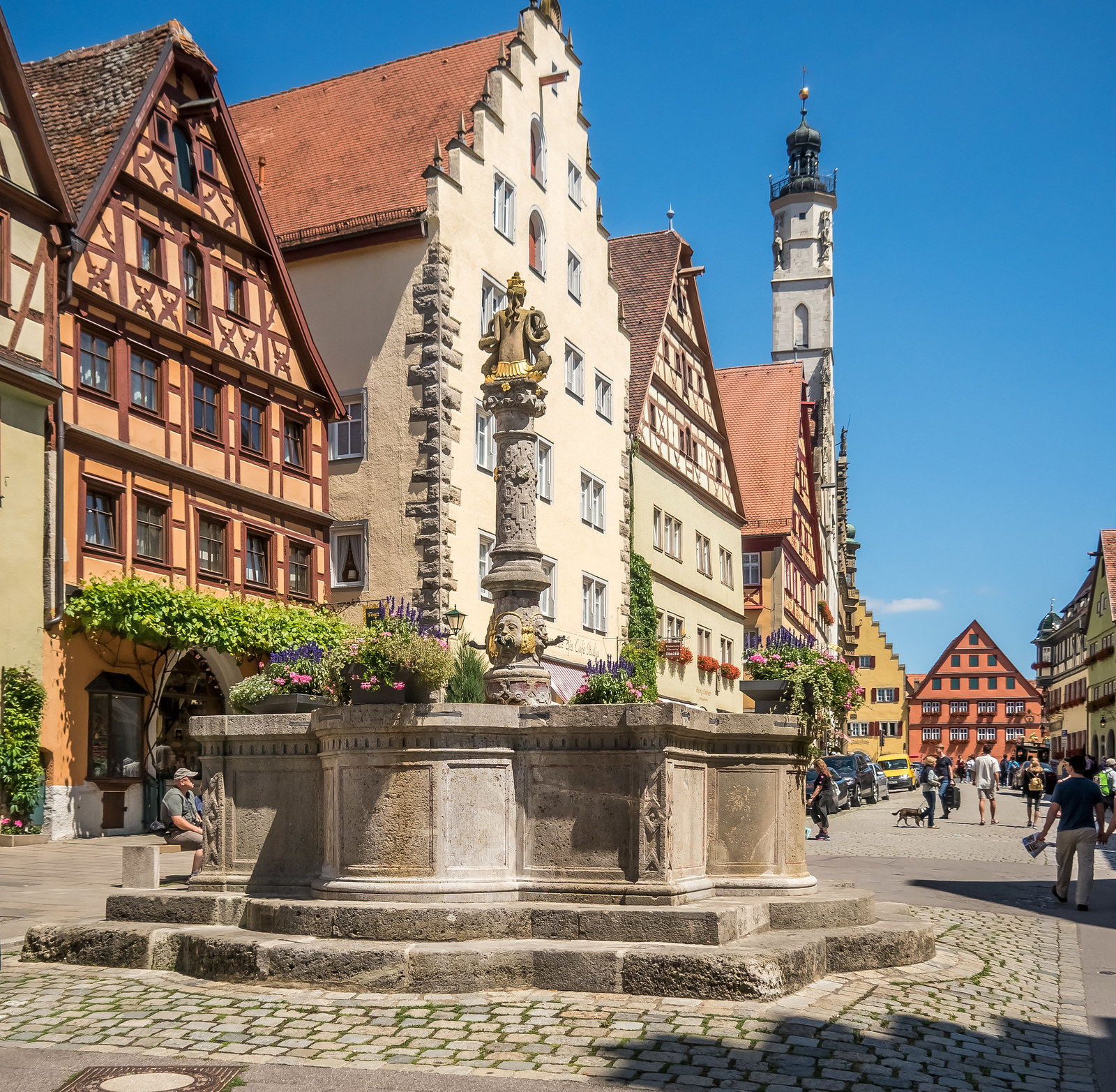 This quaint Bavarian town served as inspiration for Pinocchio’s village in the 1940 animated film, but it also has vibes of Belle’s “little town” from Beauty and the Beast — complete with the fountain where she sings about her favorite book.

In fact, St. George’s Fountain in the main square of Rothenburg ob der Tauber even inspired the set designers of the live-action Beauty and the Beast, who created a near-identical one for Belle’s village on the soundstage set. 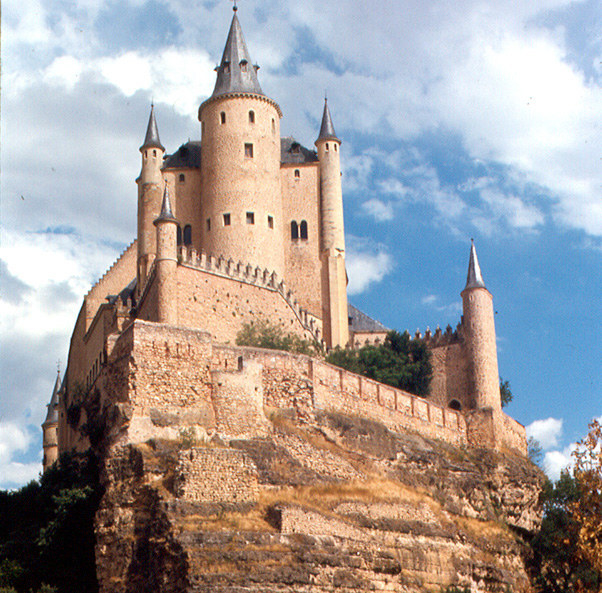 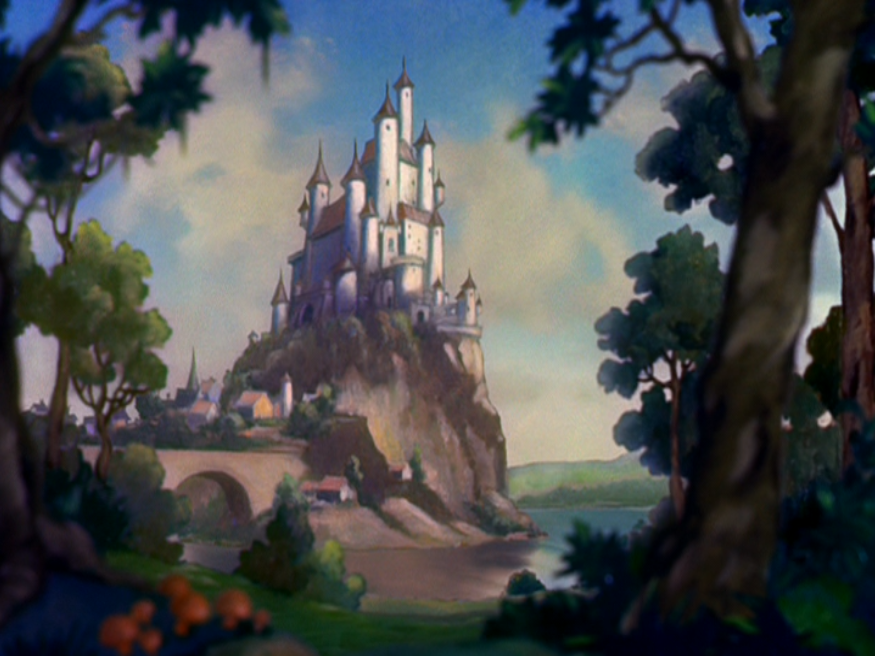 We also have to discuss the inspiration for the OG Disney castle: Snow White’s Castle in Snow White and the Seven Dwarfs. Rumor has it that Walt Disney modeled the Evil Queen’s castle in the film after the Alcázar de Segovia, and the similarities are undeniable. Not only can you tour the castle, you can also climb up its 152-step tower to get a stunning view of the palace grounds (as if you were glancing down from Snow White’s balcony!)

Location: Near Segovia (about 2 hours from Madrid by train) 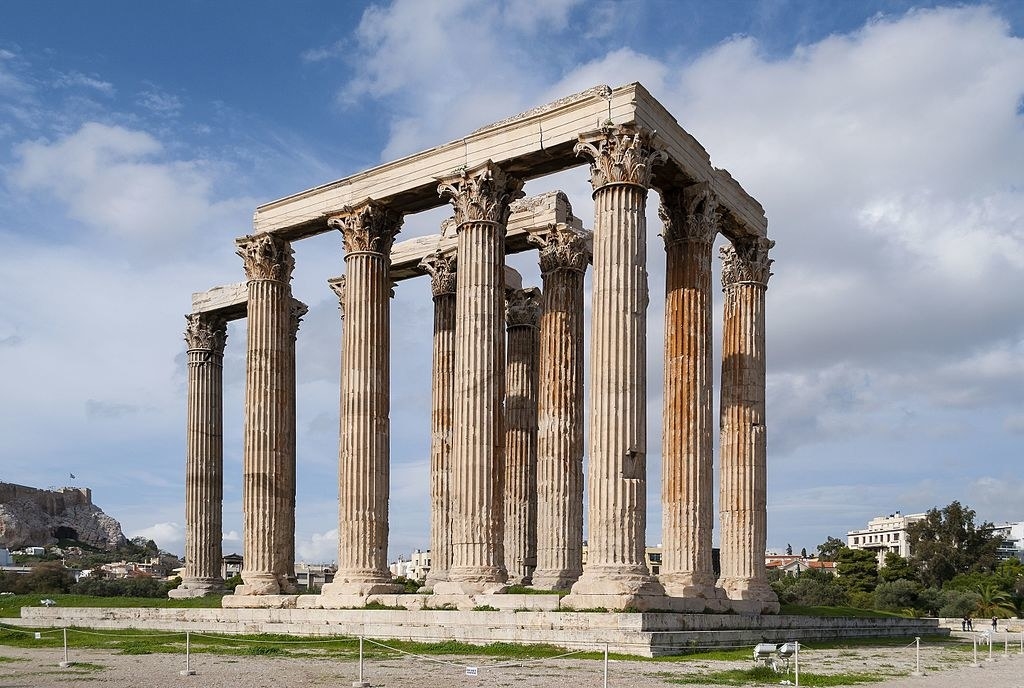 Obviously you can’t go to Greece without experiencing the history of Greek mythology, art, and architecture — aka the foundation of everything you see in Hercules! Start by visiting the Temple of Olympian Zeus, where Zeus would have fatherly chats with Hercules by possessing the iconic statue of himself in the temple (unfortunately the statue no longer remains.)

23.Porch of the Caryatids, Greece (Hercules) 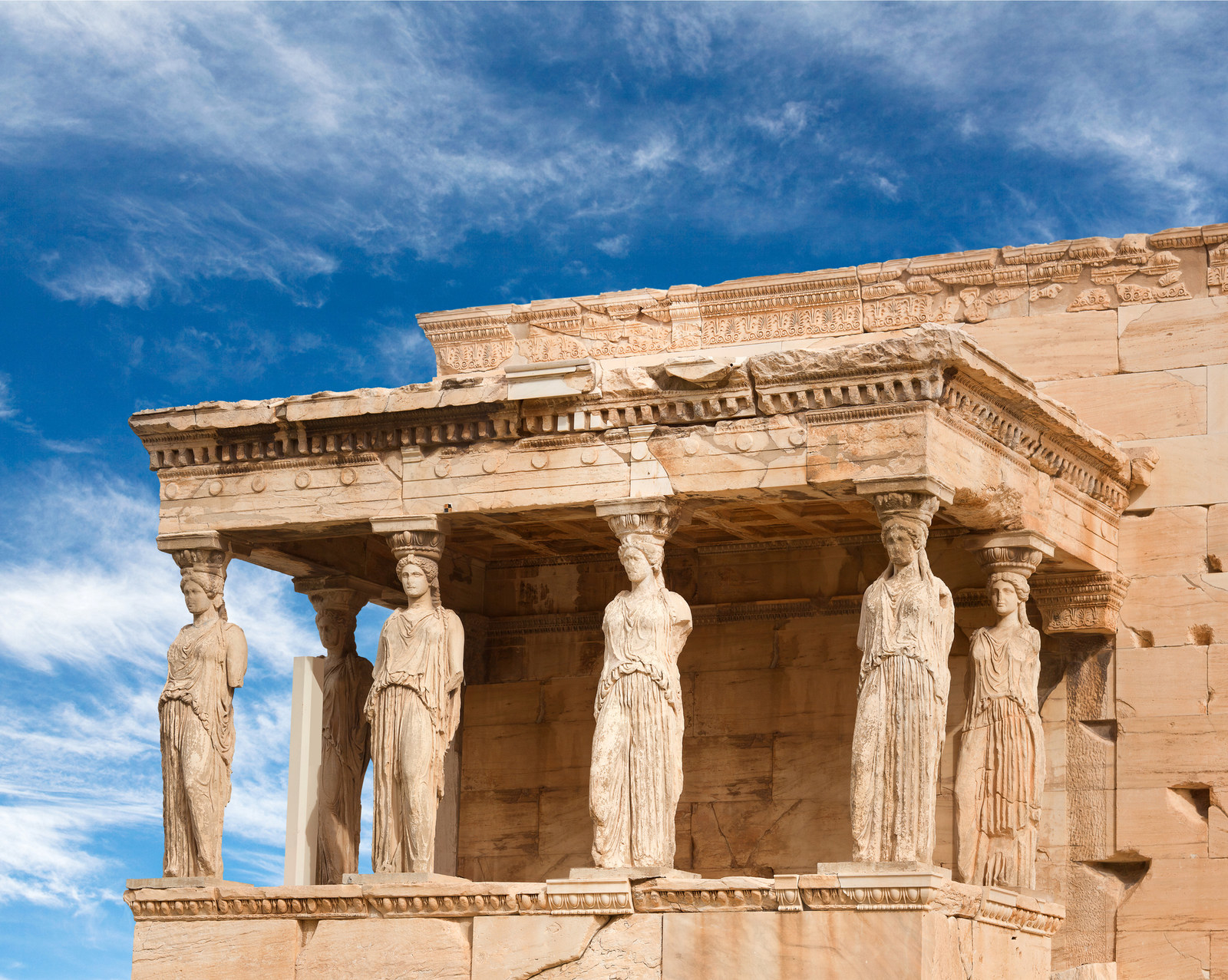 Or, if you identify with Megara, you could swing by the Porch of the Caryatids to sing “I Won’t Say (I’m In Love)” with your backup singers.

Location: at the Erechtheion in Athens 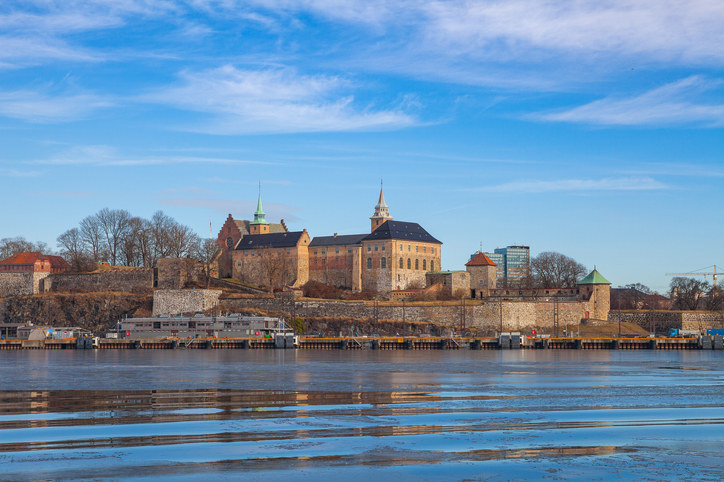 If you’re a Frozen fan, then you HAVE to visit the inspiration for Anna and Elsa’s castle: the Akershus Fortress in Oslo, where you can run through the halls singing like Anna. (Don’t actually do that though…) 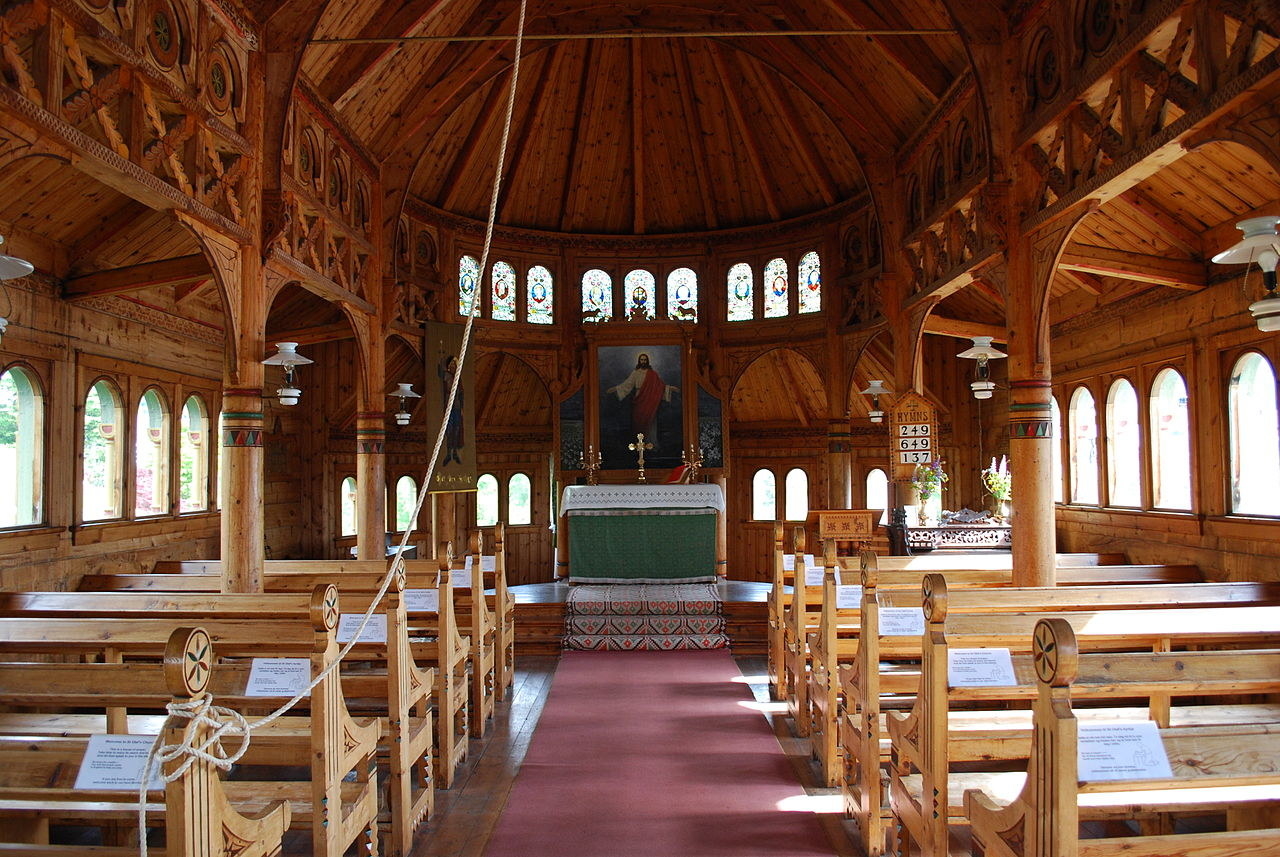 Or if you stan Queen Elsa, you can also visit St. Olaf’s Church, which served as the animators’ inspiration for the chapel where she was coronated as the new monarch of Arendelle.

Location: Balestrand (about 7 hours from Oslo by car, or an hour by plane) 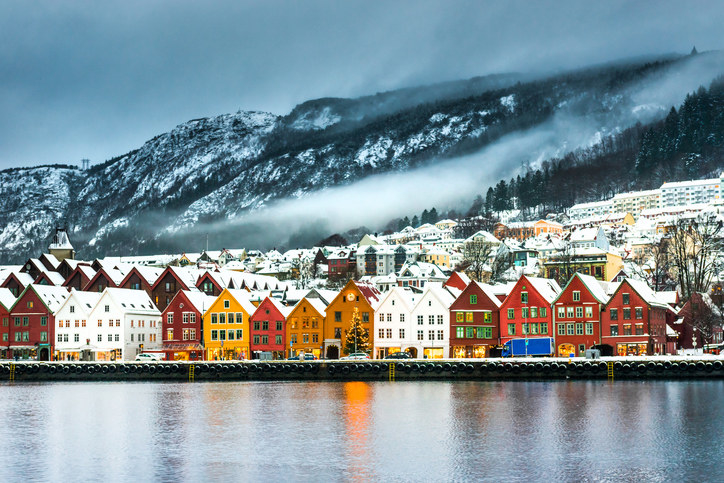 And if you’d like to experience the culture of a kingdom like Arendelle, then Bergen is exactly what you’re looking for. The city is even surrounded by gorgeous mountains that are reminiscent of where Elsa fled and built her ice castle.

Location: Bergen (about 7.5 hours from Oslo by train, or an hour by plane)

What other Disney locations are on your bucket list? Tell us in the comments!