WIMBLEDON, England — Wimbledon’s 133rd championships begin on Monday at the All England Club, and there are many modern additions. There will be displays about new sustainability initiatives, a retractable roof above No. 1 Court, even voting on Wi-Fi-connected apps to determine which matches will be shown on the big screen facing the fans sitting on Henman Hill.

And for the first time, “Miss” will be missing. Chair umpires will no longer delineate the marital status of female competitors when they announce the score. No more “Game, Miss Williams” for Venus and “Game, Mrs. Williams” for Serena; now, both occurrences will simply be “Game, Williams,” the same as it is for the men.

“We’ve got to move with the times,” said Alexandra Willis, head of communications, content and digital for the All England Club. “Hopefully we surprise people with the way we do that.”

Wimbledon will adhere to International Tennis Federation protocol when umpires address a player who has been assessed a penalty or challenged a call. In those cases, it will be “Mr. Federer” or “Ms. Williams.”

The French Open, which similarly used to address women during matches as either “Madame” or “Mademoiselle” depending on if they were married or not, also dropped its use of such courtesy titles this year.

“Some of the traditions — white clothing, playing on grass — they are our greatest strengths and the things that we do,” Willis said. “Others absolutely have to move with the times. You have to respect the wishes of the players. I suppose the challenge for us is: how much you rewrite history?” 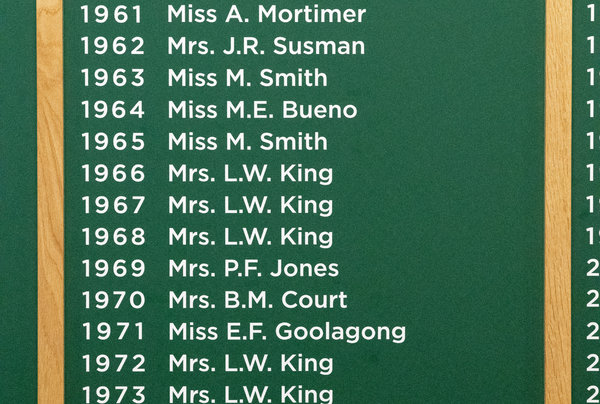 Wimbledon’s emphasis on its history means that the All England Club is grappling with marriages both present and past.

Uniquely, Wimbledon still maintains its detailed marital records of any woman who has reached the semifinals in any draw, though it is now framed in its annual Wimbledon Compendium not as a social registry but as “a reference list” to clarify “their resultant name changes.”

This year’s compendium has also made more significant changes to the presentation of the names of women’s champions, referring to married winners with their own names instead of those of their husbands. No longer is it unclear, for example, that 1929 victor, “Miss H.N. Wills,” is the same woman as the next year’s champion, “Mrs. F.S. Moody.” Now 1929’s Helen Wills is followed by 1930’s Helen Wills Moody.

Those changes are not yet reflected on the champions boards inside the clubhouse and in public areas.

Some of this year’s changes were nimble reactions to the marathon semifinals that derailed the end of last year’s tournament.

Kevin Anderson and John Isner took 6 hours 36 minutes to finish a match that lasted until 26-24 in the fifth set. That match delayed the next semifinal between Novak Djokovic and Rafael Nadal, which also went five sets, and was finished, weirdly, under a closed roof the next day despite bright skies above.

In October, Wimbledon added a tiebreaker at 12-12 in the deciding set. Tournament organizers also have removed the rule that a match must resume under the same conditions in which it was postponed.

Besides changes in the use of courtesy titles, equality is seemingly ascendant at Wimbledon. The new retractable roof over Wimbledon’s second largest stadium could allow for greater parity in the number of men’s and women’s matches scheduled for the two main courts.

Wimbledon is bringing the men into line with the women by adding a heat rule that allows men’s matches to be halted in extreme conditions. The WTA has had such a rule for years, while the ATP has no such protection. The French player Benoît Paire complained about playing in searing heat last week in Antalya, Turkey, tweeting that he was “#happytobealive.”

“We’re a combined event, so much like we do with equal prize money, we should treat them the same,” Willis said.

Wimbledon has paid its male and female players equally since 2007, when it became the last of the four Grand Slam events to do so. But until this year there were fewer opportunities for female players to earn that money, with the women’s qualifying draw of 96 far smaller than the men’s draw of 128 players. Wimbledon added 32 players to the women’s qualifying tournament this year.

Willis acknowledged that understanding such discrepancies had not always come easily to current Wimbledon organizers because “none of us were necessarily around when these decisions were made,” but the tournament decided for this year that there “are plenty of players to play at that level in qualifying, and we should have equal size draws.”

Danielle Lao, an American player who reached the third round of qualifying, would have been able to play in the tournament last year had women been afforded the same opportunities as men.

“I’m glad they made it bigger,” Lao said. “I just wish it happened earlier.”

At least one modernization feels overdue: applying for Wimbledon tickets will no longer require postage stamps.

The ticket lottery system, which previously could be entered only by mailing in paper forms, was this year accessible online. 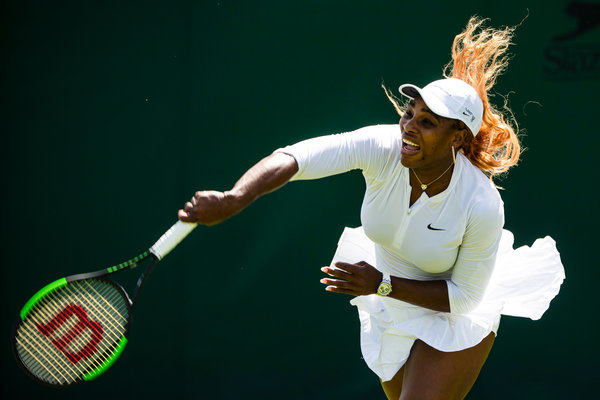 07/01/2019 Celebrities Comments Off on Wimbledon, Wedded to Tradition, Steps Into the Present
Recent Posts