Coming together for their grandfather. Prince Harry was spotted catching up with his brother, Prince William, and his sister-in-law, Duchess Kate, on Saturday, April 17, following Prince Philip‘s funeral.

William, 38, and Harry, 36, first reunited while walking behind the Duke of Edinburgh’s casket while heading to St George’s Chapel. They were joined by Peter Phillips, Prince Charles, Prince Andrew, Prince Edward and Princess Anne.

During the service, Kate, 39, sat alongside husband William while Harry sat further away from the rest of the family. However, once outside after the funeral ended, the trio was spotted walking and chatting together, with Harry between his brother and sister-in-law. 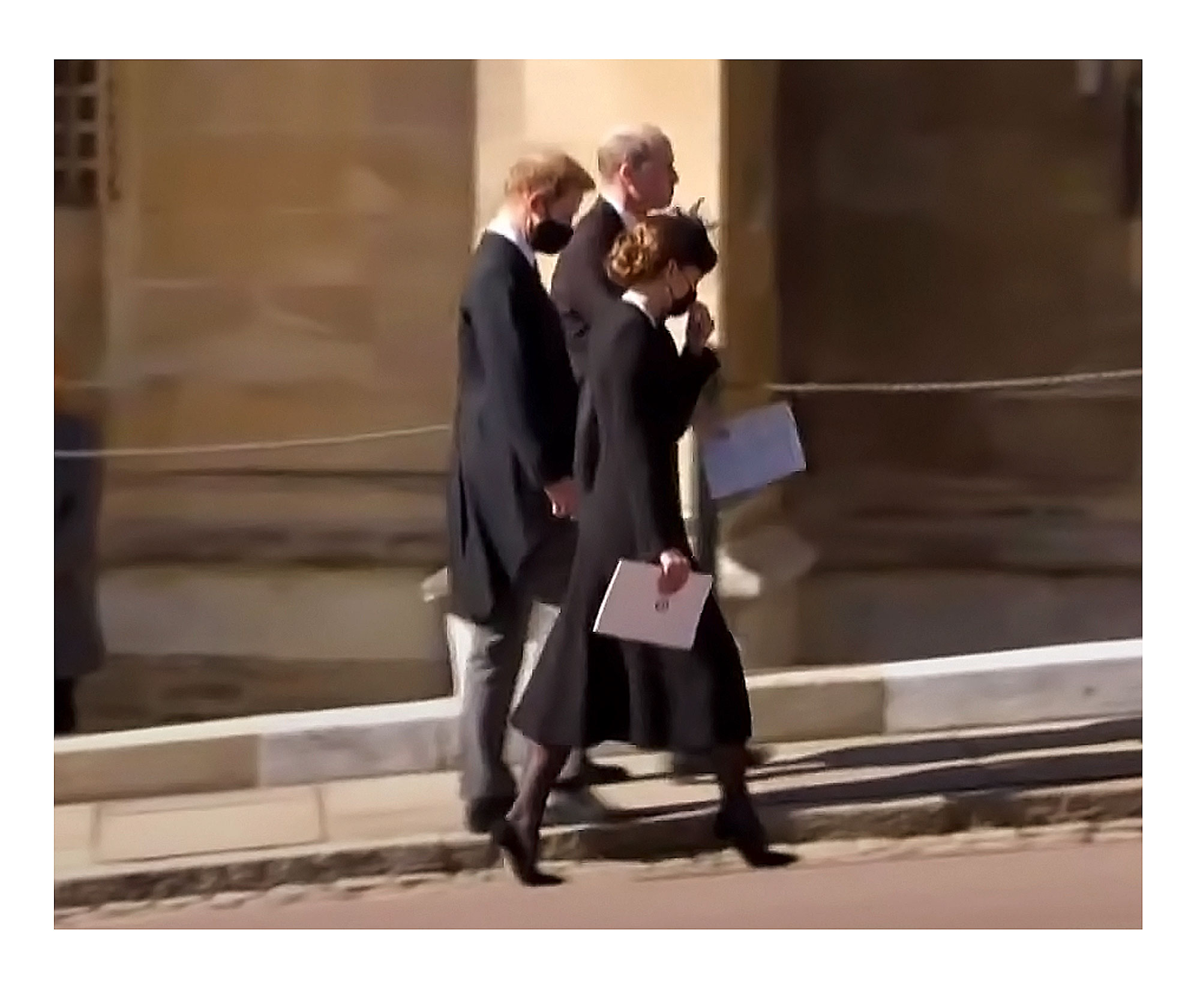 They were able to remove their masks once further apart from the group, and continued to seemingly catch up. Kate fell back at one point and the brothers kept walking and talking to one another.

Royally Rocky: Inside William and Harry’s Relationship Over the Years

This is the first time they have been spotted together since Harry stepped back from his royal duties in March 2020 and moved to California with his wife, Meghan Markle. The former actress, 39, stayed in the U.S. as a precautionary measure as she is currently pregnant with baby No. 2.

A rift between William and Harry has been going on for years, something that Harry recently opened up about during his sit-down interview on CBS in March. 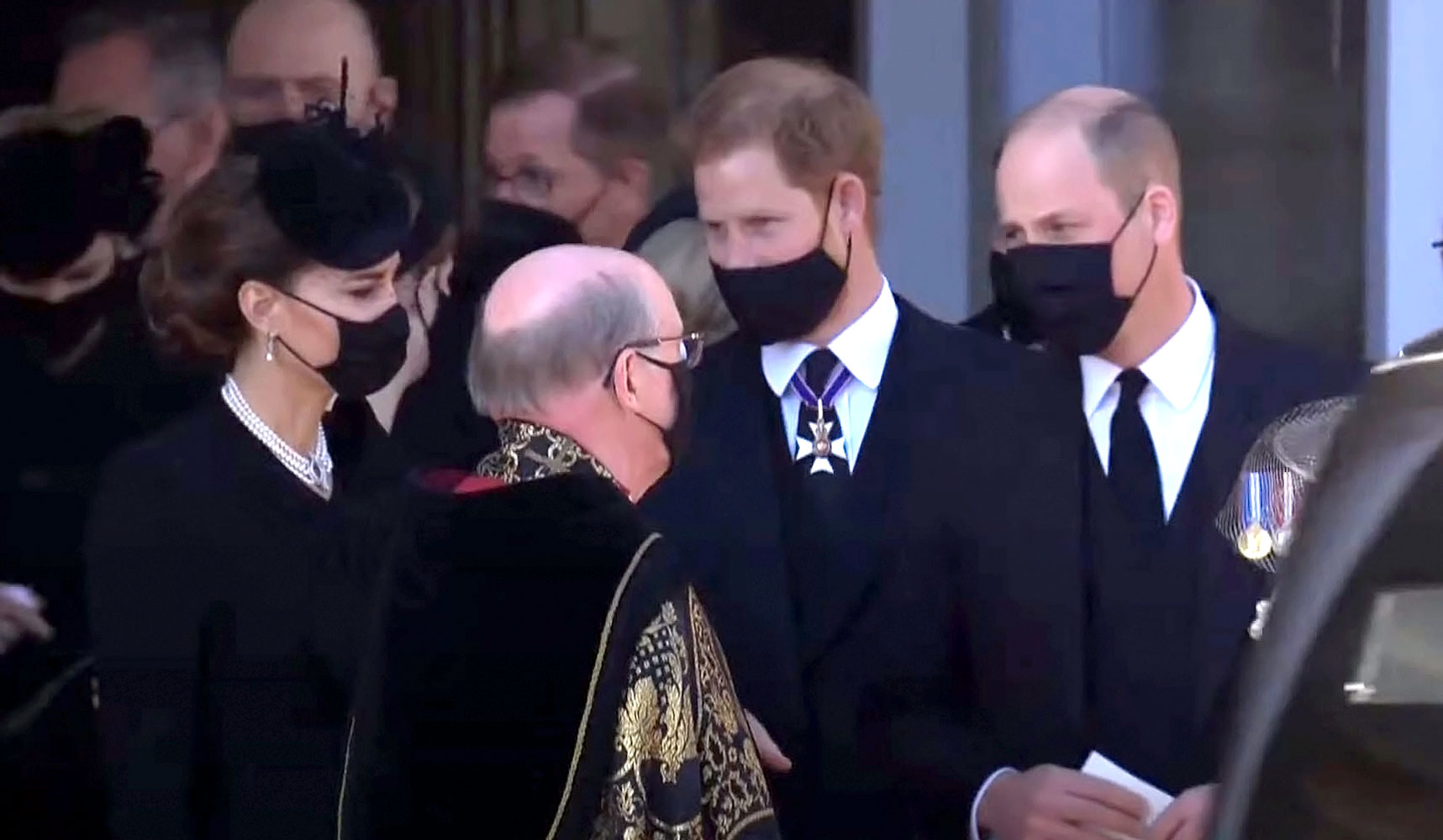 “I love William to bits. We’ve been through hell together and we have a shared experience but we are on different paths. The relationship is space at the moment and time heals all things, hopefully,” he said at the time before making claims that his brother was “trapped” in his royal role.

A source later told Us that William was “fuming” over the comment and the brothers had a conversation following the interview that “didn’t end well.”

The insider added, “William feels that Harry has gotten too big for his boots since moving to California — that success and Hollywood have gone to his head. He’s already accused [Harry] of putting fame over family after the big interview.”

Kate, for her part, “has a magnificent ability to remain composed, even during the most challenging situations,” a separate source told Us, with a third insider adding that her demeanor has really helped William throughout his relationship troubles with his brother.

“Being in a strong, solid marriage to William helps. They lean on each other for support during difficult times and will talk through their problems,” the third source said. “She’s been her husband’s pillar of strength throughout this whole ordeal.”