Victoria Monét was in preschool when she began performing. One of her earliest memories is gluing together a Nutcracker soldier hat out of black construction paper for a Christmas pageant. It doesn't really snow in Sacramento, California, but it might as well have been the North Pole, and she might as well have been hired by Santa himself, such was the fervor of her commitment to showmanship. A few years later, Monét decided to study dance. "I think it was very easy because it was a silent sport and a group sport," she says, in a voice as downy and sweet as cotton candy. "There wasn't a spotlight on me quite yet."

She learned to perform with confidence and also how to collaborate with other artists, a quality that served her well during her first big break, in 2008. Through MySpace, she caught the attention of Rodney Jerkins, the producer Darkchild, and he invited her to audition. Shortly thereafter, she moved to Los Angeles to join a girl group project called Purple Reign. She signed with Motown and began writing and recording. Monét approached the music industry with a relentless kindness, even though the industry was not always kind to her. Purple Reign recorded some tracks, but was dropped by their label before they could officially debut.

"There were many times where I could have gotten scared away by the beast that is the music industry and its gangsters," Monét says. "All the black suits that you'll come across that may not have your best interests [at heart], but it really just takes determination to know that whatever situation comes your way, you'll get through it. It just takes a lot of focus and work and smart decisions and great relationships and being a wholeheartedly good person, I think." 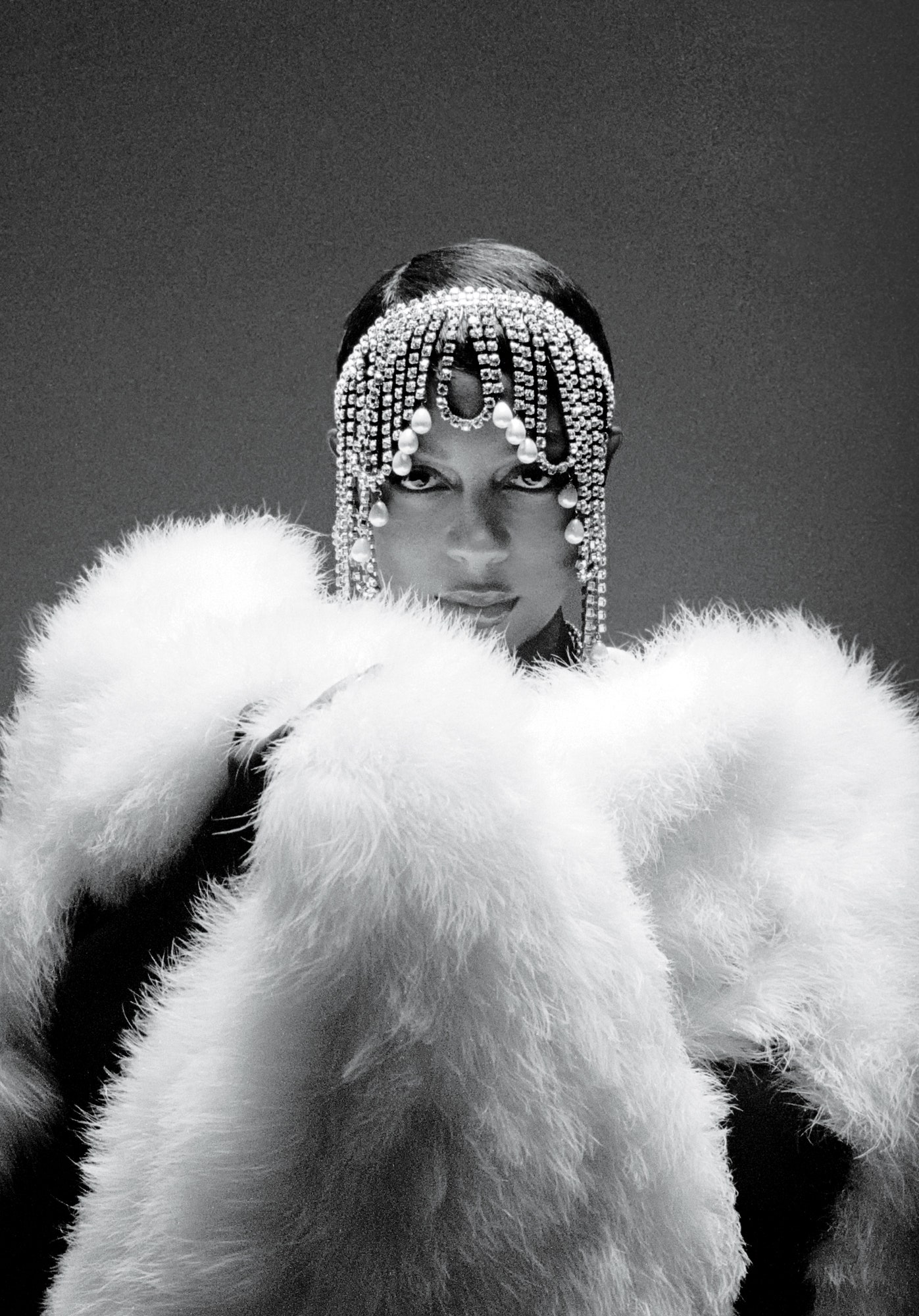 Monét decided to focus her attention on working as hard as she could, building relationships, and "being a wholeheartedly good person." She decided to lend her artistry to others, including Ariana Grande, who met Monét at the tail end of her Nickelodeon career and has worked with her since. The two are "soul-friends," Monét has said, and the remarkable aural proximity of their speaking voices — both cloud-soft and sun-bright, and both suffused with a wear-and-tear breathiness that accompanies a lifetime of musical performance — suggests that this might be true. Monét has contributed lilting melodies and ass-blasting beats to every Grande studio album thus far, accompanying her vocals the way the velvety night sky accompanies the moon.

Even in such a young life (Monét is 28), some stories come full circle. When she was about six, Monét lip-synched to Brandy; in 2020, Monét cowrote Brandy's hit single "Rather Be." It is not hyperbole to say that Monét has helped craft many R&B gigahits of the current moment — Chloe x Halle's "Do It," Justine Skye's "In My Bag" — plus a handful of others, such as Blackpink and Selena Gomez's "Ice Cream."

But Monét is now entering her solo era, she says. It's a transition she has been working toward her entire life. "I used to tell my grandma, ‘I want to be a triple threat,'" she says with a laugh. "I don't know where I got that phrase from. But I wanted to be a singer, actress, and a dancer." 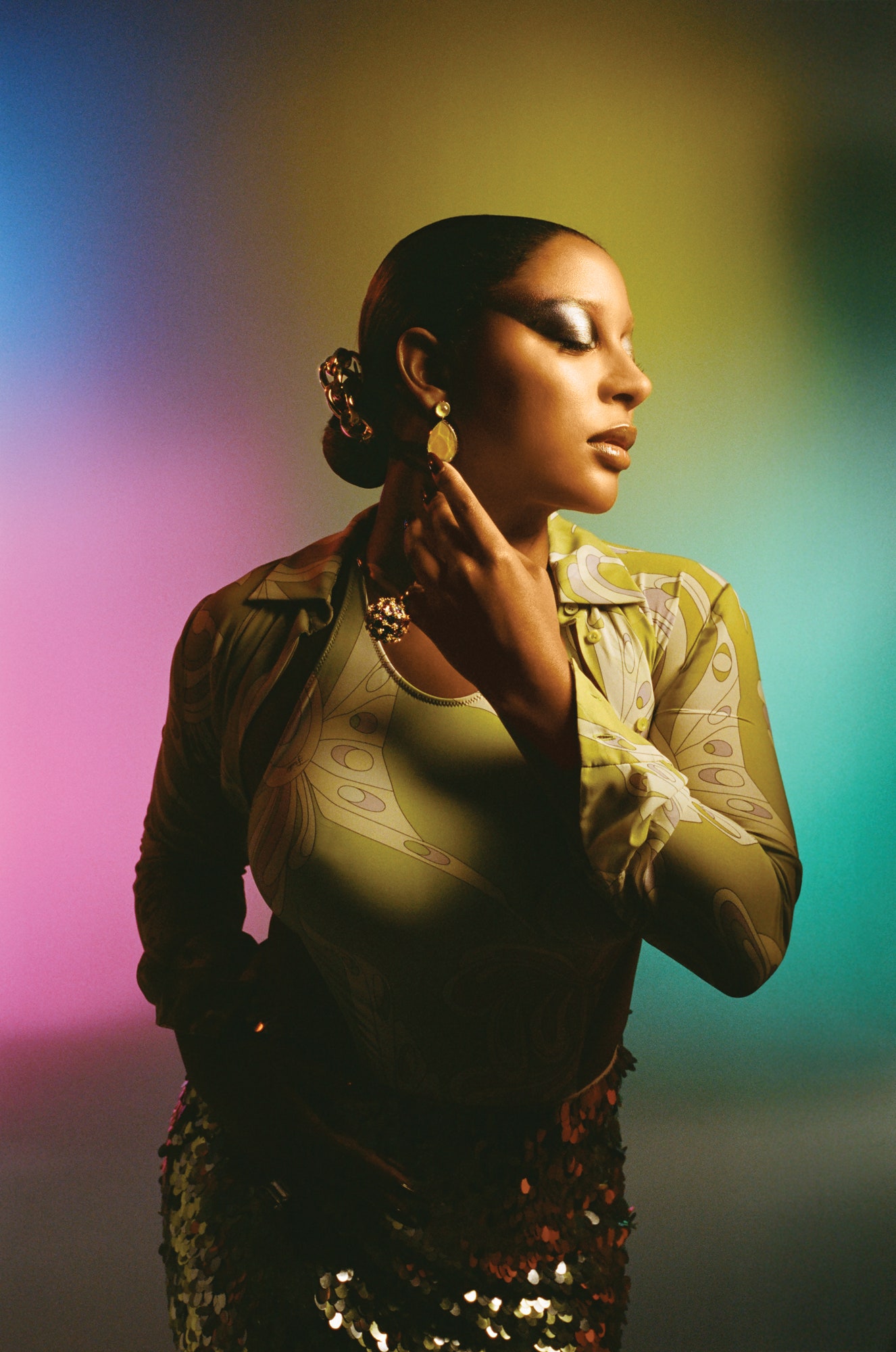 Monét's artistic references include Earth, Wind & Fire, the electricity of Michael Jackson's live shows, Halle Berry as Dorothy Dandridge, and the glittering harmonies of disco’s heyday. Many of her contemporaries have attempted to invoke the '70s spirit, retrofitted for today’s airplay, but few do so with fidelity to disco’s cultural roots. Monét explains: "Knowing that disco is a music style that was by marginalized people and kind of an underground thing, I feel like as a Black, bisexual woman in the music industry, [we're] underrepresented. Instead of trying to fit in, [I'm] kind of going the other way."

She especially likes innuendo — her discography is bursting with it. On Monét's recent EP, the titular single, "Jaguar," describes a "supersonic pussycat…silky black… you got nine times to come." "Come" is on the downbeat and then her voice soars — "Hiiiiit that" — before the melody descends into a jungle of percussion.

Speaking nonspecifically about her craft, Monét loves to invoke "experiences" and "moments," those singular seconds of transcendence she can later parse and braid into tracks such as, for example, "Experience" and "Moment." Speaking specifically about her craft, Monét loves having live musicians in her studio. She talks about them the way Sunday school teachers talk about angels. "I know that one producer could easily go on the computer and make a song that has strings, drums, guitar. It probably sounds incredible," she says. "But when you take each of those instruments and put a human soul behind it, then you get all of their feeling and all of their life experiences blown through their instrument, played through their instrument, all combined into the song…" That sound is good. Or it's better than good — it's prismatic; a single note refracted in a million different ways. 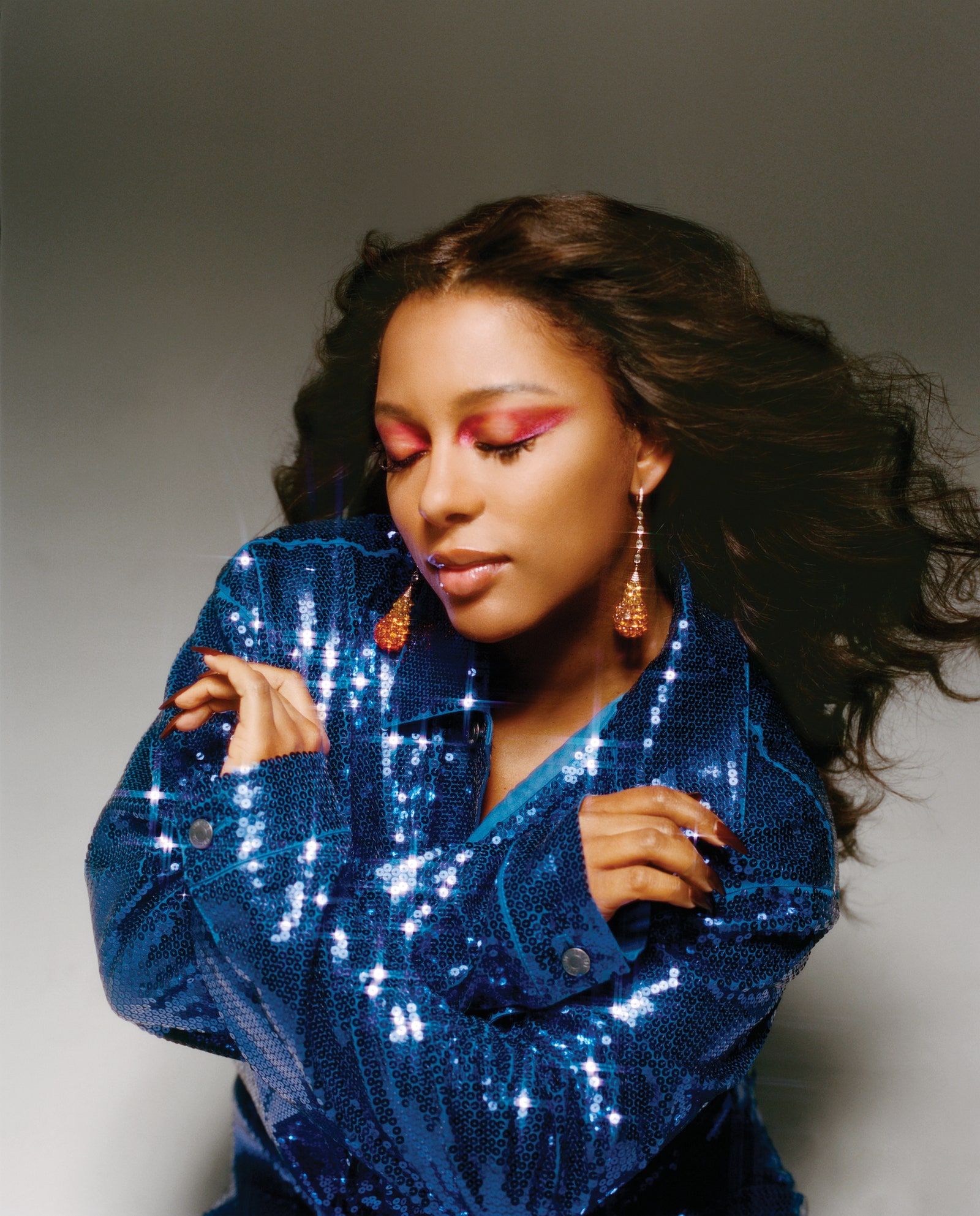 Monét acutely understands intensity and nuance, although she doesn't always realize it. Somebody recently pointed out to her that she seems to dress only in shades of brown. "I was like, 'Uh,'" she recalls, confused. "So then I thought about it, and I realized my mom always decorated our house in earth tones, so it makes me feel kind of at home." Her hair often follows suit, spanning every shade in the chocolate rainbow along a single strand. "I love big hair and lighter hair. One, because I feel like it’s more flattering to me, but two, I love Beyoncé." (Evidence: Jaguar, part one, was already delayed during the pandemic, but she delayed it a second time because it coincided with the release of Black Is King, and "when the Queen drops," she told an interviewer, "it's not your day.")

In the music video for "Coastin'," Monét's hair constitutes a wardrobe of its own. There's a bronze beehive, a long, caramel weave, and classic '50s waves. By keeping to a restrained palette, she is able to communicate magnificent dimension. Her lips, skin, hair all shine with their own particular radiance and enhance the song’s sunny, convertible, road-trip vibe.

She allows that her commitment to a single color becomes challenging at times, especially when that color is not in season, but it also affords her the ultimate opportunity: to create custom garments. "It goes back to me being able to make my own little soldier hat," she says. "It becomes very arts and craftsy. If you can dream it, you can make it."