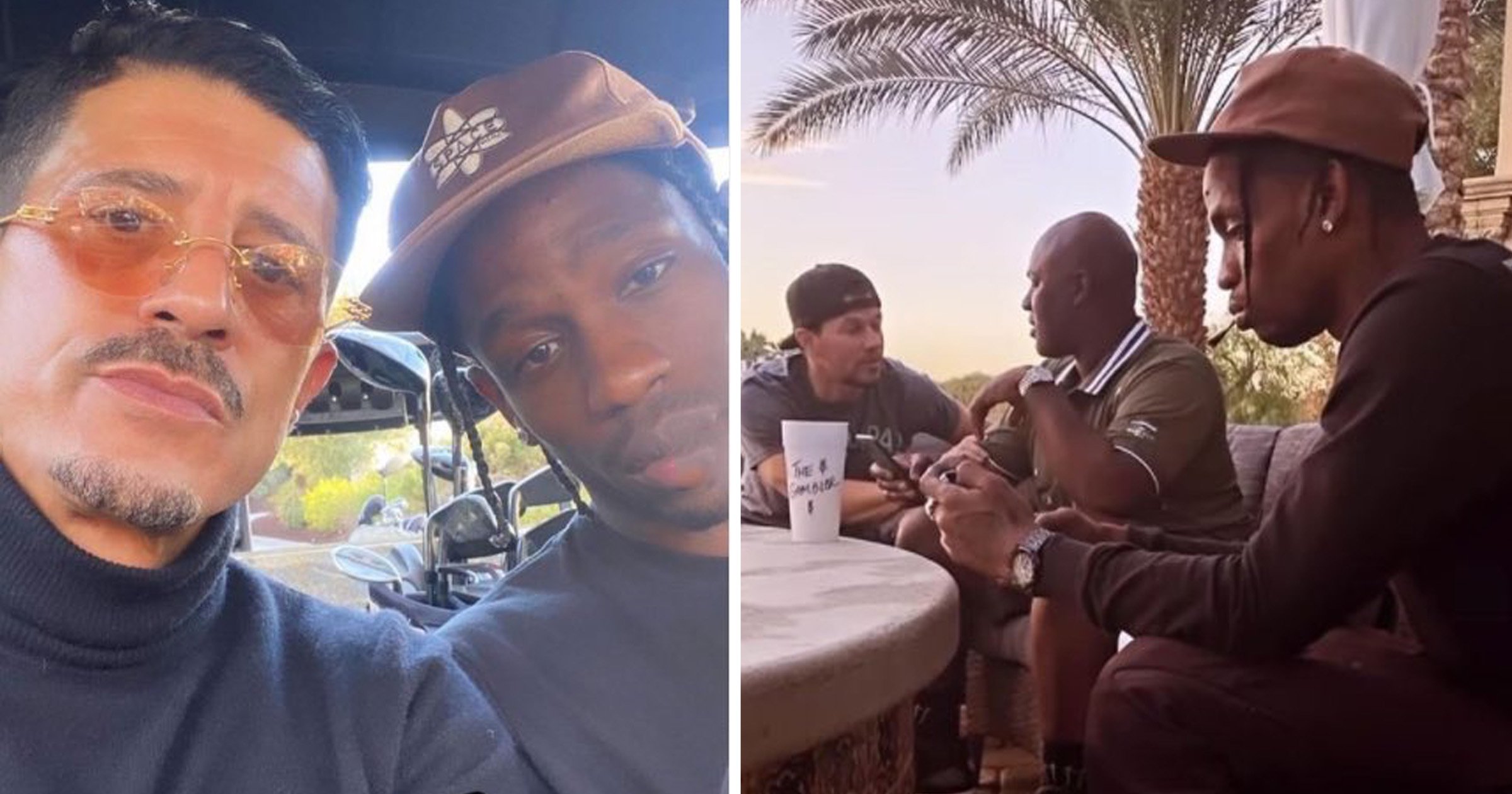 Travis Scott was seen for the first time since the Astroworld tragedy as he hit the golf course alongside Kris Jenner’s boyfriend Corey Gamble.

In photos taken this week, Kylie Jenner’s rapper boyfriend hung out with Gamble and other celebrity pals including Michael Jordan and Mark Wahlberg, nearly three weeks after the fatal crush at the performer’s November 5 Astroworld festival.

Ten people died following the Houston, Texas event when the crowd surged towards the stage during Scott’s performance, causing a huge stampede and audience members to feel crushed.

He’s since been named in a hefty $750million (£559m) lawsuit, which was filed by attorney Tony Buzbee on behalf of 125 festival-goers who are accusing the organisers of ‘gross negligence’.

Scott looked straight-faced in images from the golfing trip in Southern California, where he was seen at the exclusive Madison Club near Palm Springs on Tuesday.

In one photo from social media, the rapper was seen sitting alongside Gamble, who was chatting to Hollywood star Wahlberg. In another, he snapped a selfie with French-American actor Saïd Taghmaoui.

It’s the first time Scott has been seen since leaving Houston after the incident. Among those who died were nine-year-old Ezra Blount, who had been placed in an induced coma, while university student Bharti Shahani, 22, died after spending a week on a breathing ventilator in hospital.

Scott, who is expecting his second child with Jenner, said that he and his team have been ‘actively exploring routes of connection with each and every family affected by the tragedy through the appropriate liaisons’.

The 30-year-old reportedly didn’t know about the severity of the situation at Astroworld until hours after the concert, and was informed of fatalities while attending an after-party at a sports bar.

The rapper has come under criticism for continuing his set for nearly 40 minutes while unconscious bodies were being pulled from the crowd.

In a statement hours after the incident, he said: ‘I just wanna send out prayers to the ones that was lost last night.

‘We’re actually working now to identify the families so we can help assist them through this tough time. My fans really mean the world to me and I always want to leave them with a positive experience.’

Defending himself, he added: ‘Anytime I can make out anything that’s going on, you know, I stop the show and you know, help them get the help they need. I could just never imagine the severity of the situation.

‘To the ones that was lost last night, we’re working right now to ID the families so we can help assist them through this tough time.

‘I’m honestly just devastated… I could never imagine anything like this just happening.’