Keeping it fair. Tiger King star Joe Exotic made sure to only have threesomes with his husbands, John Finlay and Travis Maldonado, according to documentary filmmaker Louis Theroux. 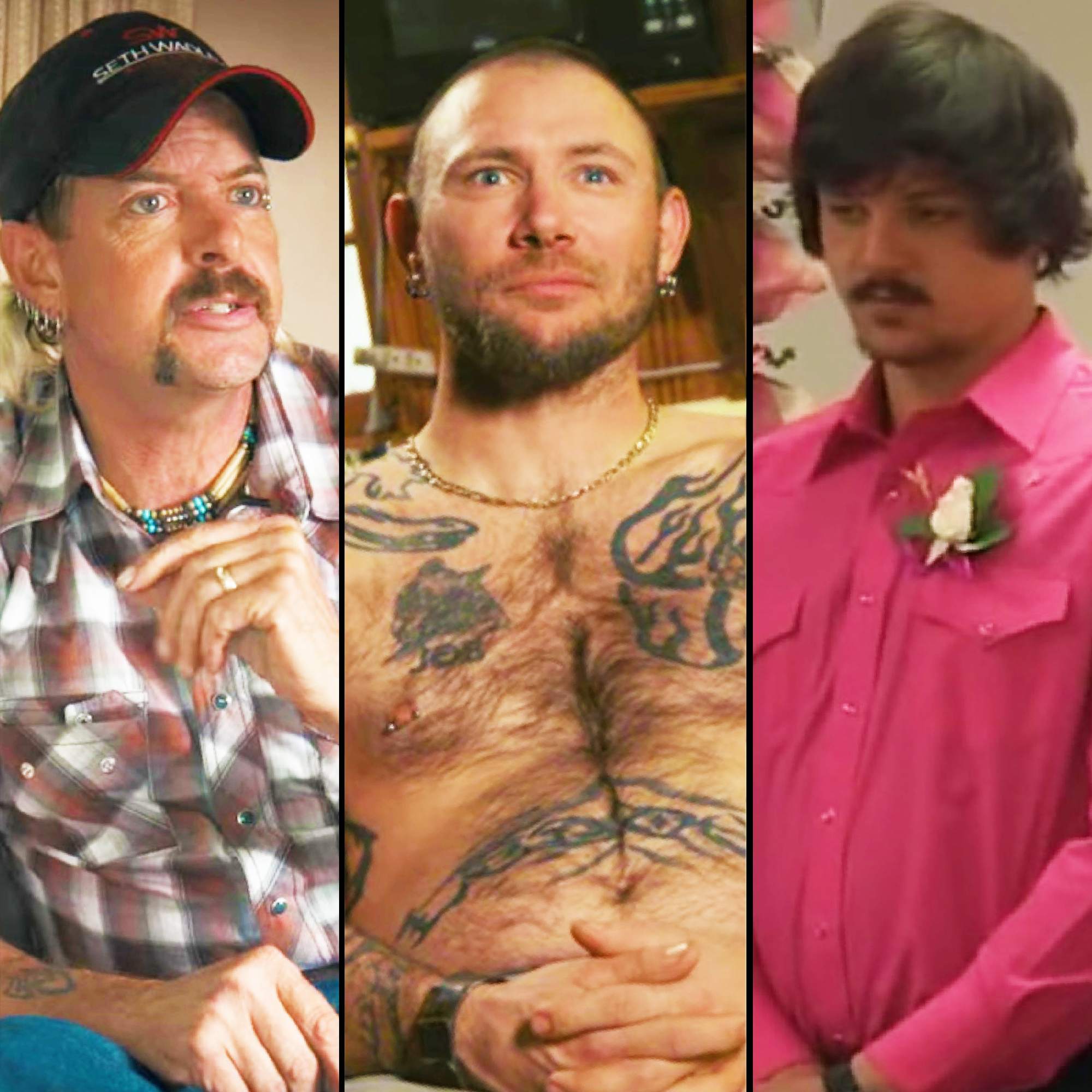 The 49-year-old journalist met Exotic (real name Joseph Maldonado-Passage), 57, while making his 2011 documentary Louis Theroux Dangerous Pets. At the time, the zoo owner explained that he only wanted to have sex with both his husbands at the same time.

“It works awesome because we’re all too tired to have sex,” Exotic reportedly told Theroux, who related the story to the Weekend Australian.

Finlay, 36, began working for Exotic at his zoo in 2003 while Maldonado joined the staff in 2013. Both were only 19 years old at the time they were hired. Exotic married both men in a joint ceremony in 2014. However, it was noted in Tiger King that Finlay and Maldonado both identified as heterosexual.

Maldonado tragically died at the age of 23 in October 2017 after he accidentally shot himself in the head — an incident that happened in front of another zoo employee and was documented in the Netflix series.

Finlay moved on and is engaged to Stormey Sanders, with whom he shares a daughter. Exotic, for his part, married Dillon Passage in 2017. Maldonado’s mother, Cheryl Maldonado, was a guest at the wedding.

The Kansas native is currently serving a 22-year sentence in prison for 17 counts of animal abuse and two counts of murder for hire against animal rights activist Carole Baskin. Tiger King chronicled Exotic’s years-long feud with Baskin, 58, which culminated in his arrest.

Finlay exclusively told Us Weekly on April 10 that although he exchanged vows with Exotic, their marriage was never legally binding. “The ceremony was a publicity stunt for his online TV series,” he said.

He also gave an update on his sobriety saying that he has been clean for six years following a battle with substance abuse.

“I had just gotten away from Joe and started a new life,” Finlay recalled. “And my daughter was born, and everything around me just keeps having a domino effect of a more positive light on everything. Because my fiancee’s around me now, and she’s been a big help, and helping me get through everything that’s been going on. … She keeps me on my toes!”

Finlay’s teeth also received plenty of attention from viewers in the documentary. He told Us that he got his teeth fixed in June 2019. “It was genetic. I battled with it from a teenager up until my mid-30s,” he said.

Related posts:
04/18/2020 Celebrities Comments Off on Tiger King’s Joe Exotic Would Only Have Sex With Both Husbands at the Same Time
Recent Posts
We and our partners use cookies on this site to improve our service, perform analytics, personalize advertising, measure advertising performance, and remember website preferences.Ok