Kids say (and do) the darndest things and the royal children are no exception. Just because they live in a palace doesn’t exempt them from living their best, care-free, and impulsive lives, which also makes for some of the most comedic moments ever. Like, look at this video of Princess Charlotte sticking her tongue out at a crowd. It’s priceless. I doubt whether that’s royal protocol, but kids will be kids. *Shrug*

On Aug. 8, Princess Charlotte attended the inaugural King’s Cup Regatta in Cowes, England. The 4-year-old was doing her royal rounds, as a royal child does, along with her mom Kate Middleton, Duchess of Cambridge. In a video uploaded to Twitter, Kate instructs sweet Charlotte to say "Hi" to the press below while her old brother, Prince George, seemingly makes a run for it down the stairs. I don’t think he was up for entertaining that day. However, Cheeky Charlotte (that’s her new royal name now) was more than ready to give the crowd something to laugh about. Rather than bless them with the usual princess wave, she stuck her tongue out. That’s my girl. The incredibly cute move was met with laughs from the audience down below. See for yourself and try not to giggle.

Earlier in the day, Princess Charlotte and Prince George spent some time on the water cheering their parents on as they competed in an eight-boat racing competition to raise funds for charity. In the event, the Duke and Duchess of Cambridge served as the skippers of their individual boats, with each vessel representing a different charity. The winning team was awarded The King’s Cup, a historic trophy first presented by King George V at Cowes’ Royal Yacht Squadron in 1920. Unfortunately, Kate’s boat was disqualified for starting early. At least it’s all good fun in the spirit of philanthropy. I’m going to assume it was a long morning for the tiny tots, though. They must’ve been tuckered out from the eventful morning, which was why they seemingly couldn’t be bothered to speak with the press, let alone wave a hand. But hey, a tongue out the mouth will do.

At least on the water, Prince George took a more suave approach to entertaining onlookers. He dressed to impress. The 6-year-old donned a captain hat and striped polo shirt while showing off his new smile. He’s lost a bit more baby teeth since his birthday shoot on July 21, but I’m not complaining. He looks absolutely adorable. It seems like Prince George and Princess Charlotte’s appearances are few and far between, but it’s always a joy when they bless civilians such as myself with their presence. It’s even more rare to see the royal cousins together, but there was that one wonderful outing that happened on June 10. Prince George, Princess Charlotte, Prince Louis, Mama Kate, Aunt Meghan Markle, and cousin Archie gathered at the King Power Royal Charity Polo event to support Prince William and Prince Harry. 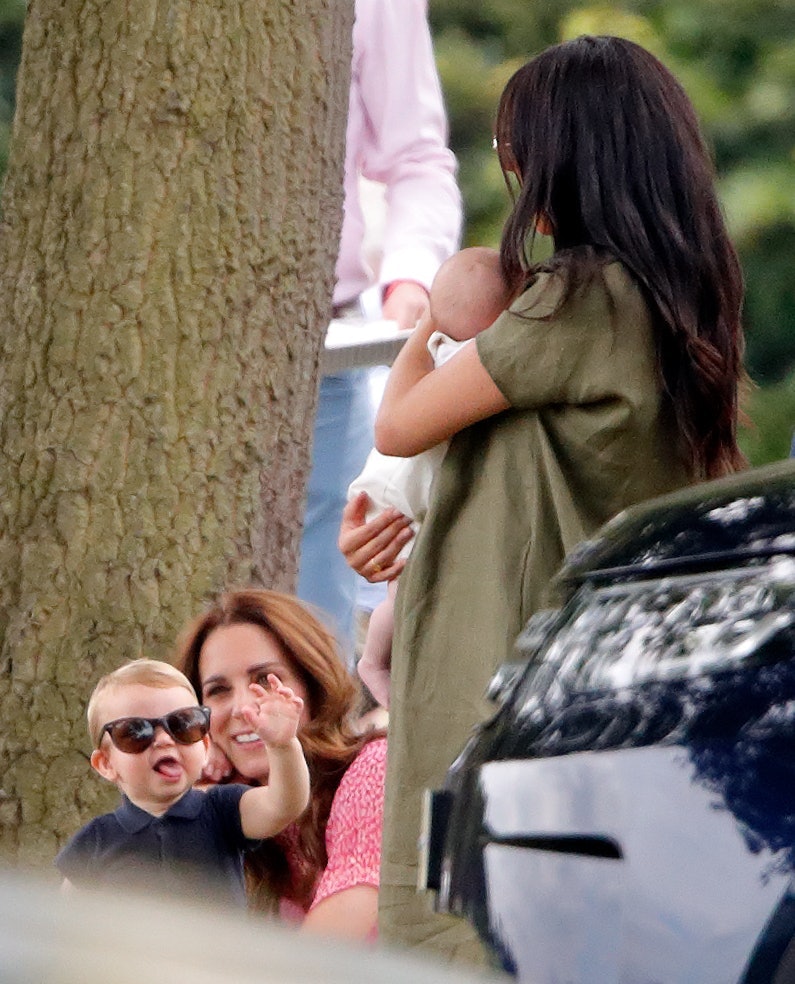 However, that day was Prince Louis’ time to shine. He was captured sporting his mother’s $173 pair of tortoiseshell Ray-Ban Wayfarers, like the cool baby that he is. Sigh… I seriously can’t get enough of the royal Cambridge kids. I hope they never change.

08/08/2019 Celebrities Comments Off on This Video Of Princess Charlotte Sticking Her Tongue Out At A Crowd Is So Cute
Recent Posts
We and our partners use cookies on this site to improve our service, perform analytics, personalize advertising, measure advertising performance, and remember website preferences.Ok