Strictly Come Dancing: ‘I have a new family now!’ James says Bye to BBC show as he becomes the fifth contestant to face the axe after Halloween dance-off with Fleur East

James Bye became the fifth contestant to leave Strictly Come Dancing on Sunday evening as the EastEnders star faced Fleur East in the ghastly dance off.

The remaining couples took to the Ballroom floor for a spook-tacular Halloween special, in the hopes of impressing our judges, Craig Devil Horwood, Motsi Maboo-se, Phantom Du Beke and Head Judge, Scary Ballas and the voting public.

Both couples performed their routines again, with James and his dance partner Amy Dowden performing their Charleston to Bumble Bee by LaVern Baker. 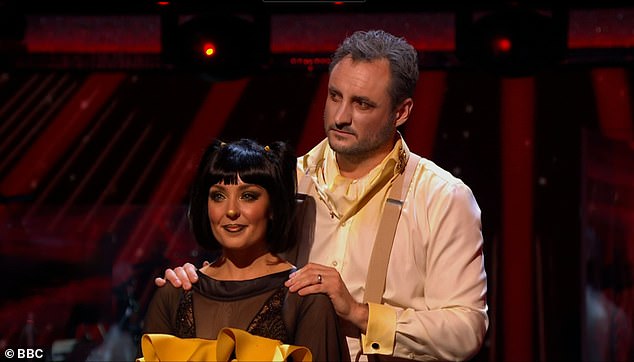 Then, Fleur East and her dance partner Vito Coppola performed their Salsa to Break My Soul by Beyoncé in a bid to impress the judges and remain in the competition.

After both couples had danced a second time, the judges delivered their verdicts, beginning with straight-talking Craig Revel Horwood. 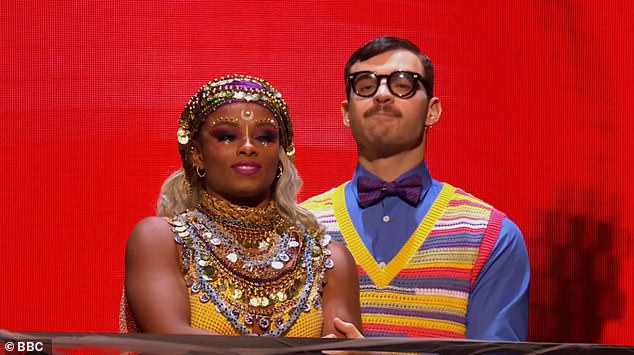 Well done: Ultimately it was Fleur and dance partner Vito Coppola who made it through after a unanimous verdict from the judging panel

With three votes to Fleur and Vito it meant they had won the majority vote and would be staying in the competition regardless, however Head Judge Shirley Ballas also said she would have saved Fleur and Vito.

When asked by host Tess Daly about his time on the show, James said: ‘I’ve said this from the very beginning, all I can do is go out there and do my very best. I am dancing against Fleur East, I went and did my best but she is phenomenal.

‘I’ve had the best time on this show and I have a friend for life [in Amy], all I can do is thank the family, and I have a new family now. It’s a competition but you don’t feel like that backstage, you honestly feel like everyone has each other’s backs and everyone is just willing everyone to do their best!’ 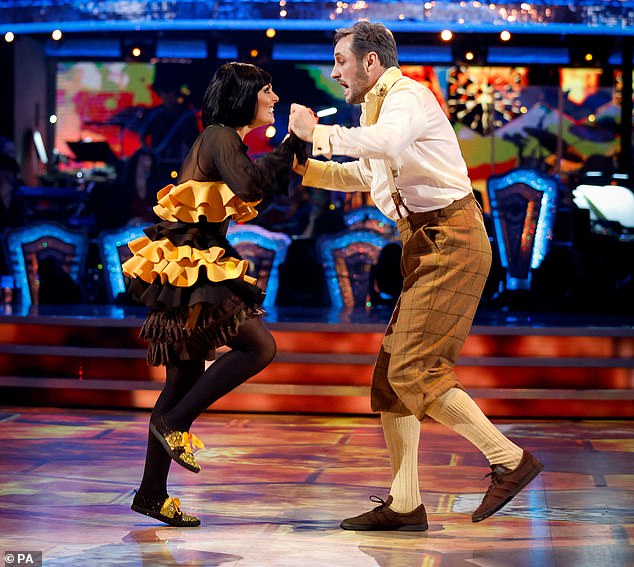 Asked if she had any words for her dance partner, Amy said: ‘You came on here to show your boys they can throw themselves into any challenge in life, and you are the best role model they could ever have as their daddy! I am so proud of you!’

Sunday’s results show opened with a spellbinding routine from our Strictly professionals that told the cautionary tale of Icarus and the outstanding Rina Sawayama performed her single, This Hell.

The remaining ten couples will take to the dancefloor next when Strictly Come Dancing returns on Saturday 5th November at 7pm, with the results show on Sunday 6th November at 7:15pm on BBC One.