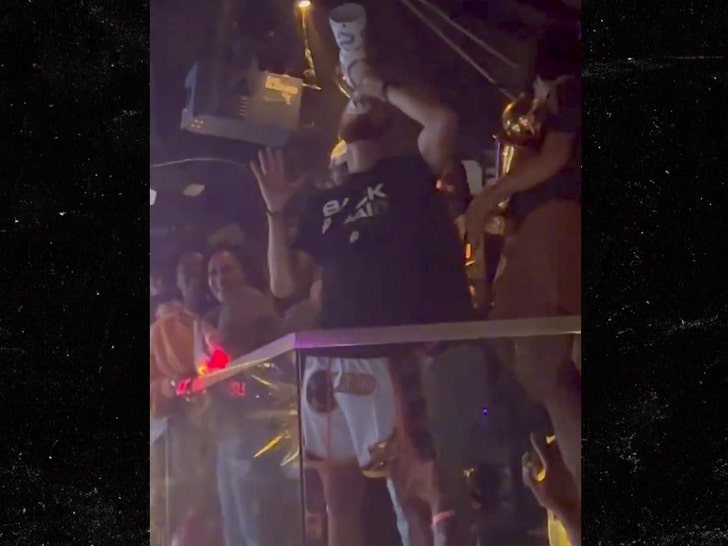 The party in the Bay Area clearly didn’t stop when the Warriors’ parade ended Monday afternoon … cause Steph Curry hit up a club afterward — and SLUGGED tequila straight from the bottle!!

The NBA Finals MVP was caught on video downing Clase Azul — some very pricey booze — in the hours after Golden State’s championship celebration … and he looked like he was having the time of his life.

Curry chugged for roughly 10 seconds … and like a true champ, he barely made a face afterward.

The moment was just one of many memorable ones for Curry on Monday — who, while celebrating his fourth title since 2015, even got a sexy dance sesh in with his wife, Ayesha.

Curry was also spotted holding a bottle of Don Julio 1942 at the after-party — and check out that footage … it’s clear dude had quite a day!

Here’s to hoping that Tuesday hangover wasn’t too bad!