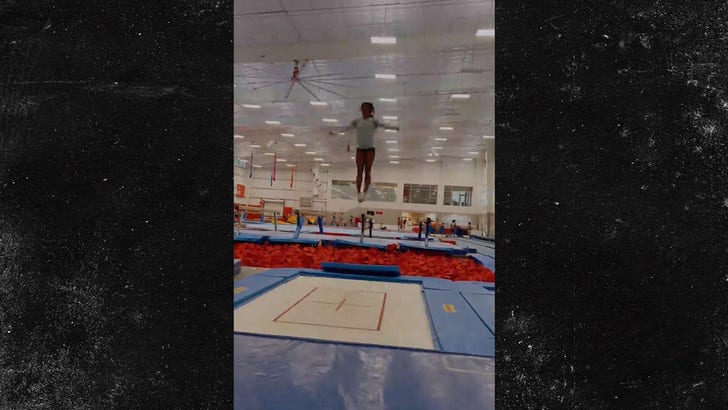 Simone Biles appears to be on her way to putting the twisties in her past … ’cause she recently hit a bunch of insane flips in the gym, showing no signs of the mental block that plagued her in Tokyo.

Biles posted the videos on her social media page Monday … revealing she’s once again hitting some of the crazy stunts that made her an Olympics legend.

Biles did the tricks into a soft foam pit … and captioned the footage, “did some flips the other day just to make sure.”

No word yet on if Biles is officially 100 percent free of the infamous twisties that first hit her at the 2020 Olympics in July … but the video is an encouraging sign nonetheless.

It’s the first time Biles has been seen hitting the tricks since she said she was struggling to find up from down while performing the stunts on the sport’s biggest stage.

Biles had said back in October she was still fighting the problem … and noted she was keeping any twisting out of her routines during her performances in the Gold Over America Tour in the fall.

But, it appears Biles is inching closer to returning to her old form — which, of course, is a super-positive sign for her potential return to the Olympics in 2024.