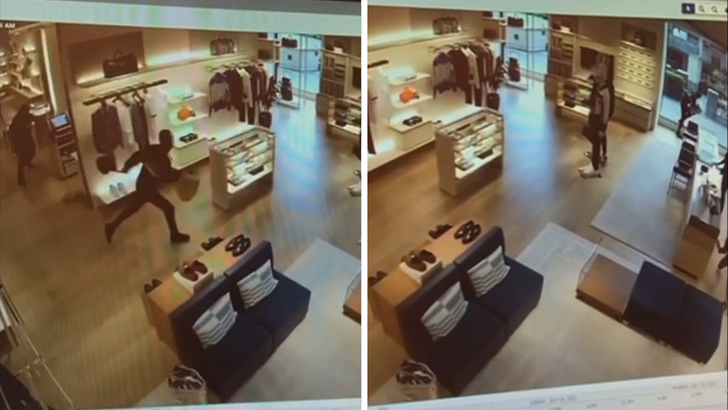 A brazen thief woke up in handcuffs after he literally knocked himself out by slamming into a large window at a Louis Vuitton store in Washington state.

The 17-year-old suspect was caught on surveillance vid clutching $18K in stolen goods and dashing for the exit inside the luxury shop in Bellevue, WA. 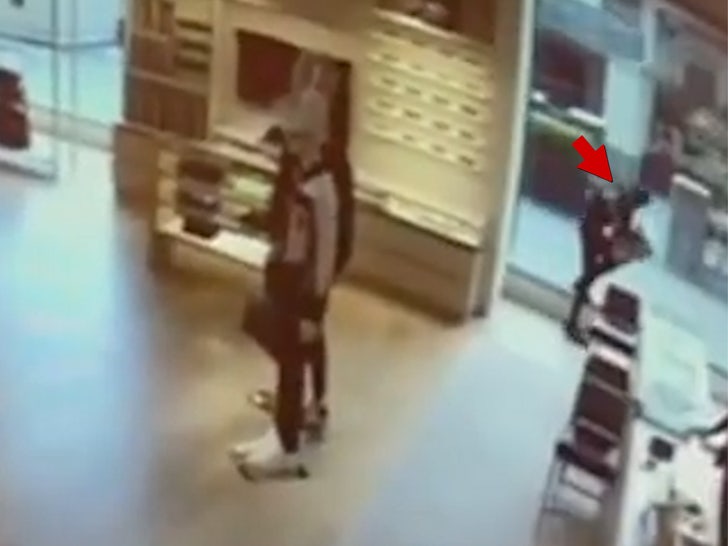 Moments later, the teen crashed into the plate glass window and fell like a sack of potatoes. As he lay unconscious, an officer ran over, sat on his back and placed him in cuffs.

The dramatic footage started circulating Monday … it wasn’t clear when the attempted heist went down. 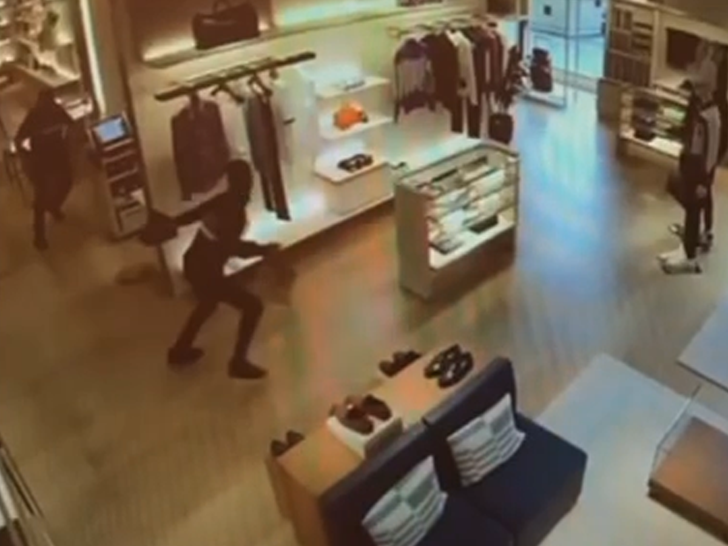 Prosecutors said the suspect, whose name was not released since he’s a juvenile, was part of a retail theft ring in Bellevue.