Shawn Mendes is opening up about all of the ways girlfriend Camila Cabello‘s love has changed his life for the better!

During an Apple Music interview with Zane Lowe that aired on Tuesday, the 22-year-old singer-songwriter really got in touch with his vulnerable side. Mendes admitted the Fifth Harmony alum has not only brightened up his world in every way since they got together last July but she has also supported him when deep personal struggles with anxiety nearly wrecked their romance at one point.

But don’t get ahead of yourselves and drum up those old split rumors again — this story has a happy ending, obvs!

Prior to falling in love with the Camila, Shawn said he had previously thought of himself as sensitive and open about his battles with anxiety. But once a low point with his mental health inevitably hit, he discovered he was not always as vulnerable as he wanted to be:

“I went through a month where I couldn’t really even communicate with her because I was struggling with anxiety, and I didn’t want her to see me weak. And I was on the verge of ruining our relationship.”

But thankfully, the Seniorita collaborators eventually realized they were stronger together after Shawn was able to better express himself:

He explained that the moment taught him a powerful lesson about self-care and communication that’s been vital to the success of their relationship thus far:

Let’s also clap it up for Camila being such a supportive partner through it all. According to Shawn, he and the 23-year-old Havana singer fostered a romance that “allowed us to give everything more time and space” to grow with one another. And that sounds very healthy, if you ask us!

Continuing to gush over his girl, Mendes admitted that this is the first time he has fallen in love, and Cabello’s unwavering support leaves him hopeful for their long-term future together:

“A lot happens when you fall in love for the first time, because you really feel this support, this grounded, ‘Hey, if everything goes away, I’m going to be okay.’ It’s perspective, and it’s beautiful.” 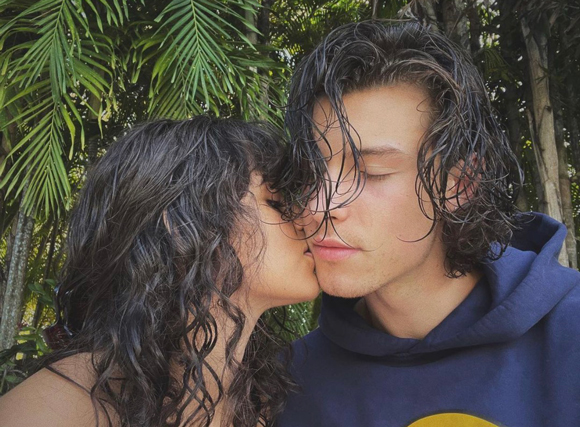 The If I Can’t Have You vocalist concluded:

“It really allows you to be like, ‘Okay, well, if I’m going to do this, I might as well be doing it for the right reasons and really, really, really enjoying it. Otherwise, I’d just rather watch movies with you all day.’”

Don’t let anything stand in the way of your love, guys!

11/18/2020 Celebrities Comments Off on Shawn Mendes Recalls Almost 'Ruining' His Relationship With Camila Cabello – But Here's How She Saved It!
Recent Posts
We and our partners use cookies on this site to improve our service, perform analytics, personalize advertising, measure advertising performance, and remember website preferences.Ok