SHANE RICHIE’S son Shane Nolan has confirmed that his dad actually did have a go-karting day out with stars Tom Cruise and Nicole Kidman. The 56-year-old EastEnders actor – who is currently taking part in I’m A Celebrity… Get Me Out of Here! 2020 – caused a stir when he recalled to his fellow camp mates that he enjoyed some A-list company during a day out in the late 1990s.

Although some fans speculated that Shane’s brush with Hollywood’s hottest 90s couple was a little exaggerated, his son has since confirmed the tale is actually true.

Taking to social media, Shane Nolan unveiled to followers an image of a receipt that appeared to confirm the go-karting experience.

The photograph – that Shane Jr. shared with his 38,900 Twitter followers – featured a list of names that took part in the race.

“So just putting this out there incase anyone thought my dad was talking sheep’s balls. Can’t believe he got beat off Nicole Kidman tho. Haha #imacelebrity @antanddec,”(sic) Shane penned alongside the post. 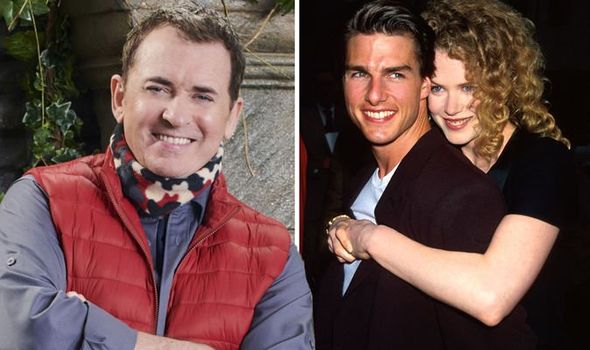 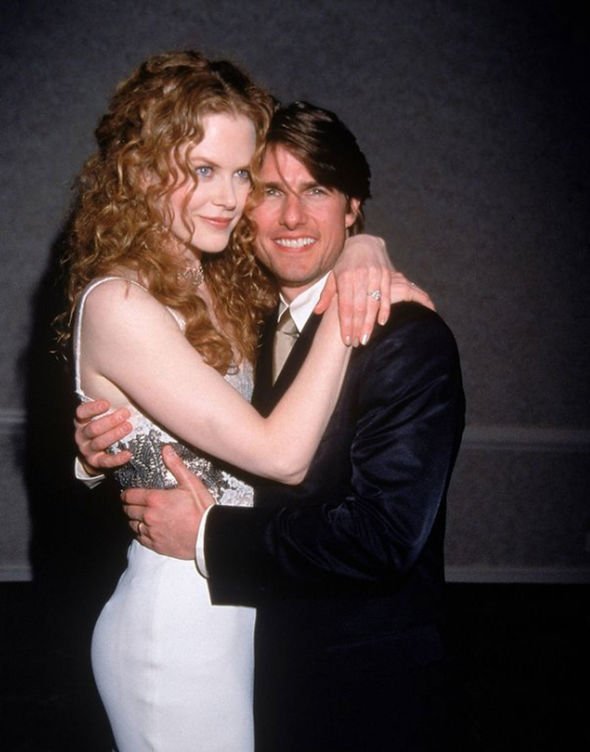 In the image dated from October 1998, Shane Richie ranked fifth in the leaderboard in a 15 lap race.

The top spot in the leaderboard went to Tom – who managed to complete the course in just over nine minutes.

Fans could not believe that Shane Jr was able to unearth the 22-year-old document so quickly. 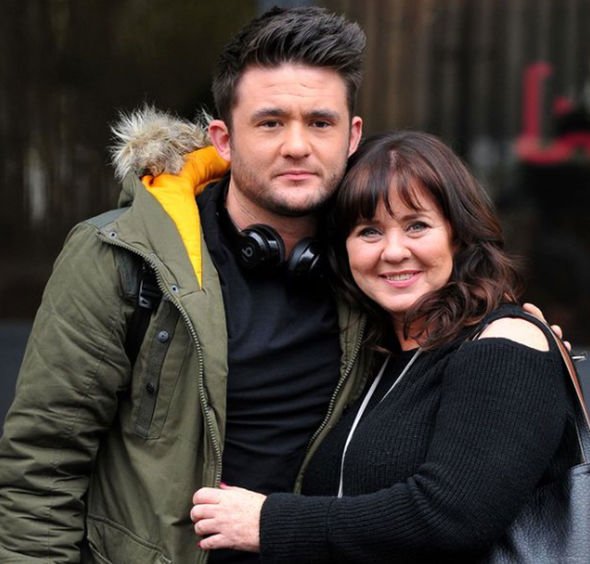 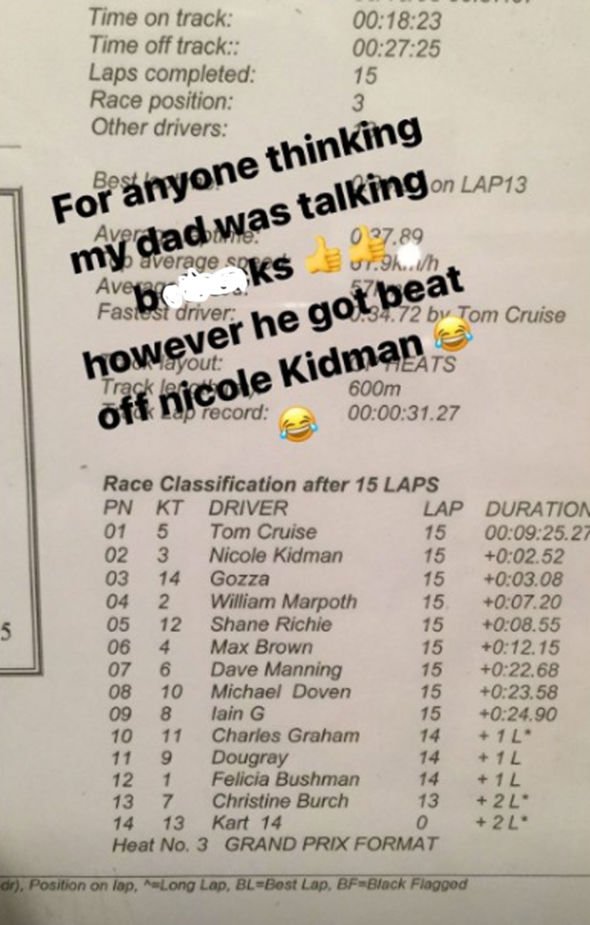 How the hell do you still have that,” joked one follower.

To which Shane Jr explained that he had obtained the proof from “his best mate,” before tagging Shane Riche’s friend Chris Gosling.

“Well done mate as there were some doubters and we all knew that it was true!” penned another.

A third wrote: “Nicole has been a speed demon since BMX Bandits days.”

The amazing proof came after Shane explained to his fellow camp mates that he had headed to an indoor go-karting track back in the nineties.

During a recent episode of I’m A Celebrity, the actor recalled how he had bonded with the two Hollywood actors over several go-kart races.

“When I was in the West End doing Boogie Nights in 1999, Nicole Kidman and Tom were filming Eyes Wide Shut,” he explained.

“And there was a big indoor go-karting track near the BBC.”

“I got a phone call from Charlie who used to run it and he said come along on your own. I was going through a real public divorce at the time, I was being followed by the press, so I turned up and went in and he said, ‘Sit down, I’ve got to tell you Tom and Nicole are here… he said he wants to know if he can race against you because you love go-karting.’”

Shane Richie went on to explain to the surprised camp that he raced Tom and Nicole until the early hours of the morning.

“[Tom] was a speed freak. He didn’t care about danger,” Shane also revealed.

“Hence why he did his own stunts,” Vernon Kay quickly responded.

The latter also then tried to top Shane by recalling his own brush with Hollywood after he spotted Brad Pitt in a supermarket.