Shailene Woodley and Aaron Rodgers visited the happiest place on Earth…and they looked like they had a blast! The couple hit up Disney World in Florida on April 3, and were photographed showing major PDA, WHICH YOU CAN SEE HERE. Since their relationship went public earlier this year, these two have been able to avoid paparazzi catching them out and about…until now.

For the outing, both stars got into the Disney spirit. Shailene rocked Mickey Mouse ears with her jeans and tight long-sleeved shirt, while Aaron paired his shorts with a Star Wars shirt. The pair held hands as they walked through the park, and at one point, they were seen embracing one another in a sweet hug. They appeared to be filming something together, too, as they spoke to a camera with their arms wrapped around each other. 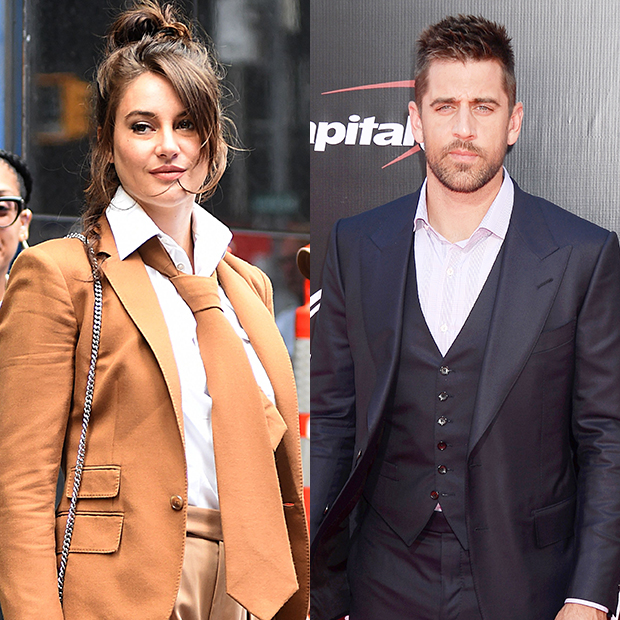 It’s been quite a busy few weeks for Aaron and Shailene. At the end of March, they visited Mexico, followed by a quick trip to Arkansas, where they were photographed with staff at a local restaurant. Recently, the two have been much more public with their relationship, following months of keeping it a secret.

In fact, it’s not even completely clear when or how Shailene and Aaron even got together. News of their relationship broke in February, and just days later, he revealed that he was “engaged.” It wasn’t until the end of the month, though, that Shailene finally verbally confirmed that she was the lucky lady in Aaron’s life. During an interview with Jimmy Fallon, she was proudly sporting her engagement ring, and revealed that Aaron had actually popped the question quite some time ago (although she did not share the exact date).

This week, Aaron has been making headlines for his temporary hosting job on Jeopardy!, where he’s filling in following Alex Trebek’s death. Aaron is a longtime fan of the show, and is taking his role as host very seriously — he even hinted that he’d be interested in making it a permanent position! Of course, Shailene was super proud of her man, and even posted a rare video of them together on Instagram to urge her followers to tune in.