Scott Disick has had a hard couple months. He went to rehab, and photos of him in rehab were leaked online. He left that facility, and now he’s separated from his girlfriend of three years, Sofia Richie.

There were a few weeks of speculation before the news officially broke that Richie and Disick have gone separate ways. That means that a lot of fans were speculating what a potential separation would mean before it even happened. Although a lot of fans have different feelings about Disick and Richie, a lot of them think a split might actually be a good thing for Disick. 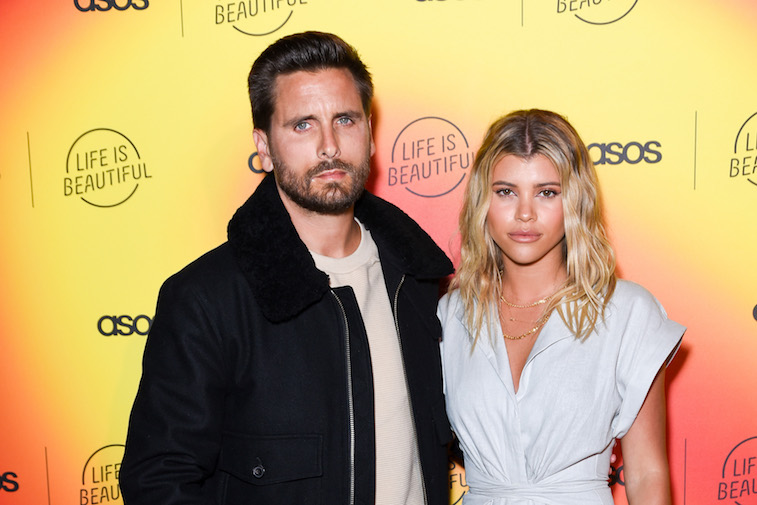 Fans think that now would be a good time for Disick to stay single and work on himself. Although the details of his relapse aren’t clear, some fans on Reddit don’t think it is a good idea for someone in the middle of a substance abuse crisis to jump into another relationship.

According to Disick’s people, he didn’t actually relapse at all. Disick’s lawyer says that he checked himself in to “work on his past traumas.” That makes it seem like Disick was close to relapse, but never actually used. So a relationship may not hinder his recovery.

As one fan pointed out, a lot of former addicts are having a hard time thanks to quarantine. The mental strain of stay at home orders, and global uncertainty has been hard on everyone, so it’s no wonder Disick needed a little extra help. It’s not clear if that’s why Disick and Richie broke up, or he had to go to rehab because of their breakup. But a lot of fans are happy that Disick and Richie are done.

Sofia Richie and Scott Disick had a huge age gap

Age is nothing but a number, unless one of those numbers is under 18. Some fans think that Disick’s relationship with Richie was bordering on pedophilia. Some fans even used the term ‘groomed’ to describe what Disick did to Richie.

That’s because Richie was just 18 when she and Disick got together, and Disick was 34. Although 18 is totally legal, a lot of fans find it disturbing that Disick likely knew Richie before she turned 18. The Richies and the Kardashians go way back, and Disick’s former girlfriend was apparently friends with Kylie Jenner as a child. That means that Disick could have known Richie when she was as young as 8.

There’s also some question over whether or not Richie was actually 18 when she and Disick got together. Some fans think they may have actually started dating when she was 17, and that they only went public when Richie turned 18. To her credit, Kourtney seemed to take her ex dating a much younger woman in stride. But now that they’ve broken up, what does that mean for Kourtney?

Will Scott Disick get back together with Kourtney Kardashian?

RELATED: Scott Disick Is Making Same Relationship Mistakes With Sofia Richie As He Did With Kourtney Kardashian

Old habits die hard. Disick and Kourtney were together for a long time. They were on and off for 10 years. They basically grew up together, although Kourtney did most of the maturing for both of them. Plus, they have three kids together.

Kourtney isn’t seriously dating anyone right now. Although she tried for years to get Disick to settle down and be a good partner and father, it seems like when he was finally able to commit, it was with Richie, not Kourtney. After they split for the last time, Kourtney seemed to be more concerned with playing the field than finding a life partner, which is fine. But does that mean that she is available to try again with Disick?

Fans think that’s a real possibility. Some fans commented that they see a baby Disick number four in Kourtney’s future. Others hope that Kourtney doesn’t get involved romantically with Disick again. He took up too much of her time and energy, with no real benefit.

Related posts:
06/13/2020 Celebrities Comments Off on Scott Disick Should Remain Single, Fans Say — But They Don't Think He Will
Recent Posts
We and our partners use cookies on this site to improve our service, perform analytics, personalize advertising, measure advertising performance, and remember website preferences.Ok