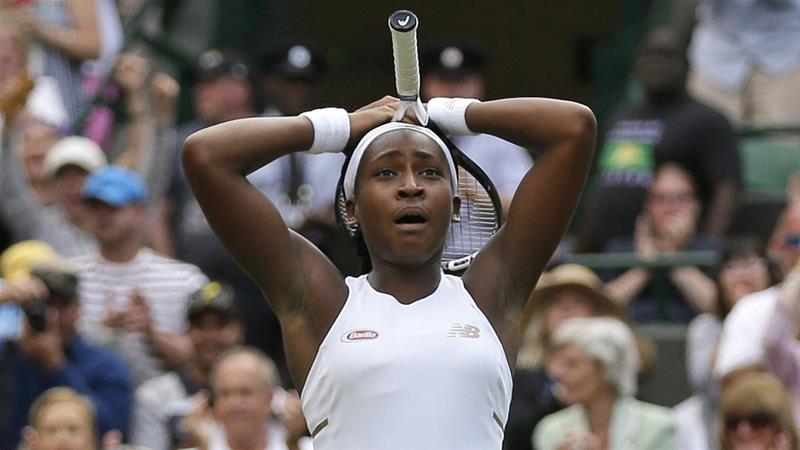 Cori Gauff served up the perfect excuse for skipping school on Monday as the 15-year-old US student caused one of the biggest shocks in Wimbledon history by jettisoning her idol Venus Williams in the first round.

The 39-year-old Williams is considered Wimbledon royalty as she has been part of the All England Club family for over two decades – having won the singles title five times – including twice before Gauff was even born.

But her opponent, the youngest player to qualify for the main draw in the professional era, was in no mood to play lady-in-waiting as she made a mockery of the 24-year age difference and 269 ranking places that separate her from Williams.

Playing a fearless brand of tennis that belied her age, she bullied Williams into submission with a showstopping 6-4, 6-4 display that will long live in the memory.

“I don’t even know how to explain how I feel,” Gauff, who wiped away a tear as she walked off Court One, said moments after her remarkable win had condemned Williams to only her third opening round defeat at Wimbledon in 22 appearances. 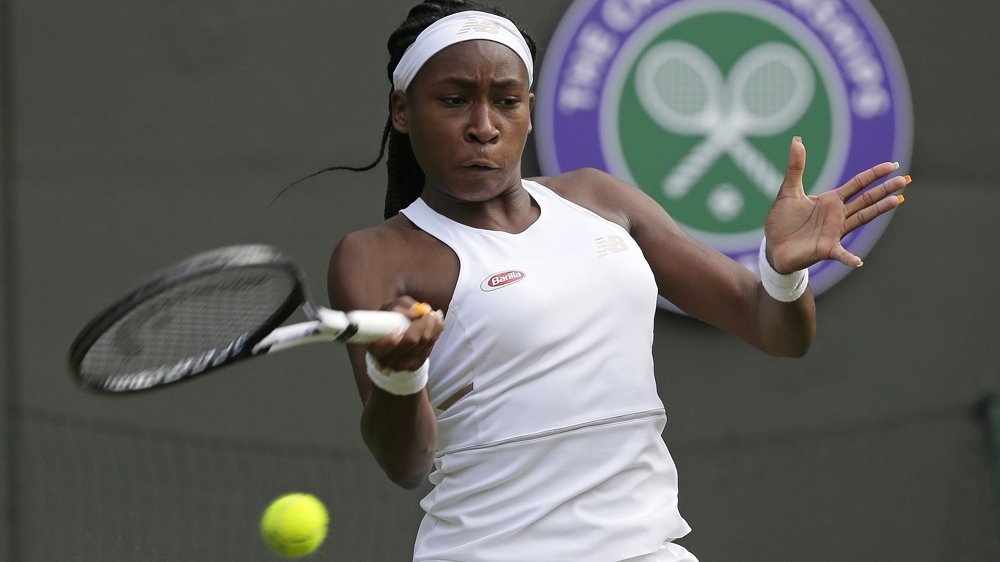 “I definitely had to tell myself to stay calm, I have never played on a court so big, but I had to remind myself that the lines on the court are the same size.

“Everything around it might be bigger, but the lines are the same and after every point, I was just telling myself to stay calm.

“I never thought this would happen, I am literally living my dream right now, and not many get to say that.

“So I am just happy that Wimbledon gave me the opportunity to play and I obviously never thought it would be this far,” added Gauff, who got a wildcard into the qualifying tournament. 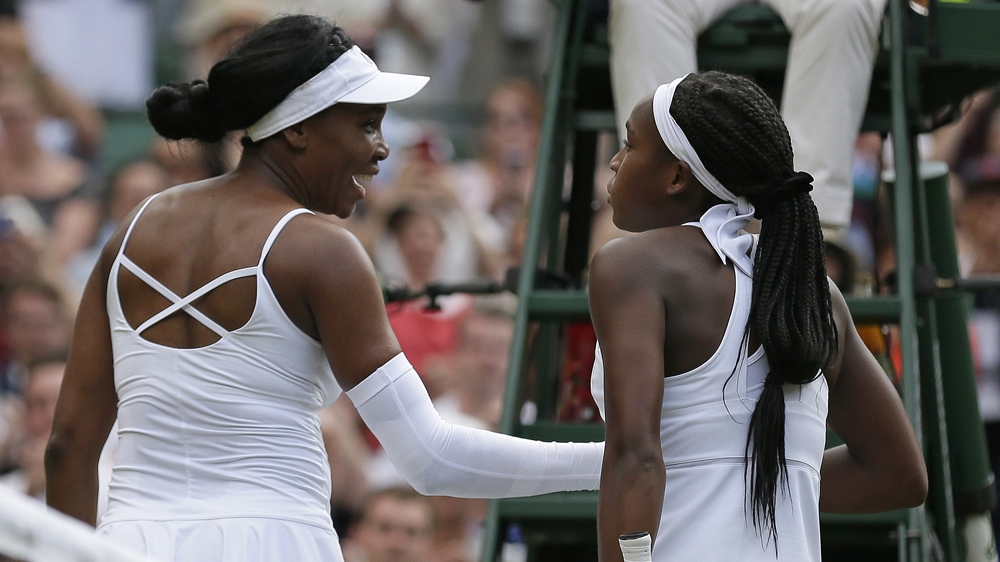 Before the match, the teenager, known as Coco, had told her Instagram followers: “Two of my teachers found out I played tennis after I made the main draw here.”

If her Florida-based teachers needed any proof of exactly what she was up to, they only needed to tune into their TVs to see just why Wimbledon was going Coco-crazy on Monday.

The high school student completed a science test during the qualifying tournament and on Monday she aced the ultimate Wimbledon test by beating a player she described as “one of the greatest of all time” in front of a captivated Court One audience. 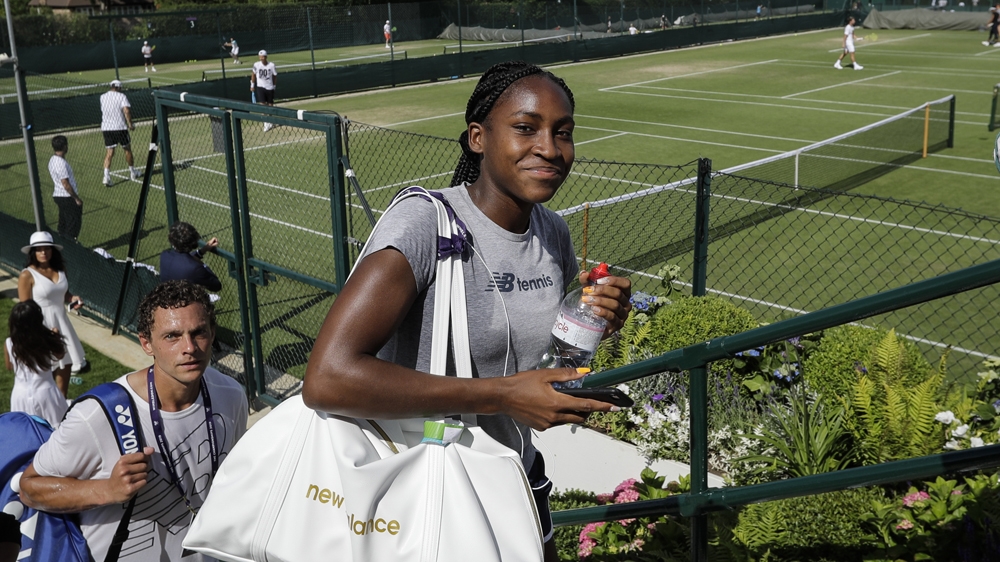 Williams could have been forgiven for thinking she had come unstuck against her younger self as Gauff turned up for her Wimbledon debut with a build and playing style that looked strikingly familiar.

A break in the fifth game of the opening set, which included a delectable lob over the statuesque Williams that left the crowd roaring their approval, was enough to win Gauff the first set and her nerveless display continued in the second set.

Two successive double faults from Williams handed Gauff a 3-2 advantage, and even when the teen fluffed her lines by handing back that advantage in the eighth game, she did not lose her composure.

Some thunderbolt shots saw her regain the break for a 5-4 lead. Williams hung on by saving three match points in the next game but she finally fell through the trap door as a forehand error handed Gauff the biggest victory of her young life.

While a magnanimous Williams declared that “the sky’s the limit” for Gauff, the teenager also paid tribute to her hero.

“After the match, I told her just thank you for everything she did. I wouldn’t be here if it wasn’t for her,” she said.

“I was just telling her that she is so inspiring and that I always wanted to tell her that. I met her before, but I didn’t really have the guts to say anything.” 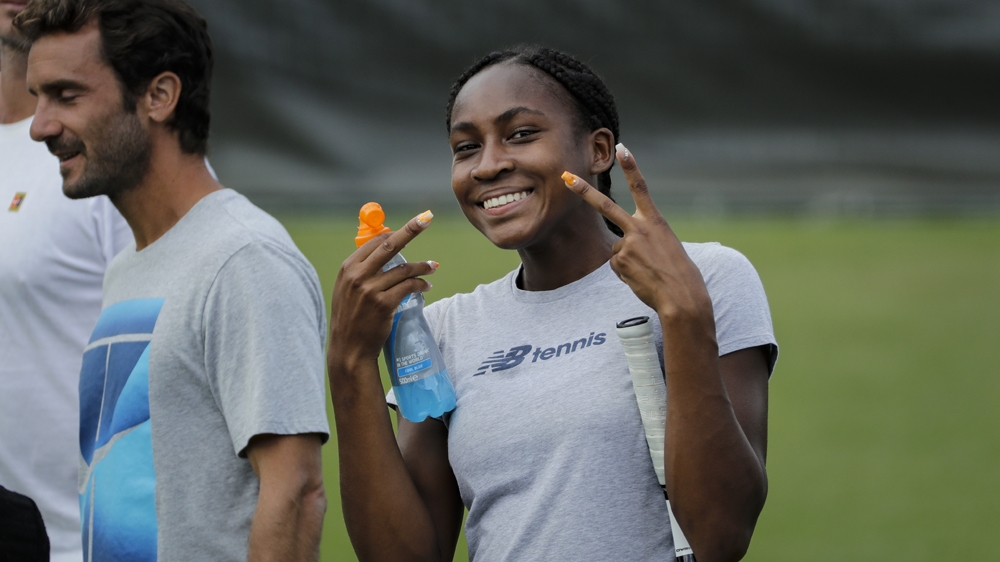