It appears that Rebel Wilson’s romance with Jacob Busch has fizzled out. The Australian actress revealed that she’s living the ‘single’ life in a new Instagram pic.

Just months after going public with their romance, Rebel Wilson, 40, and Jacob Busch, 29, have broken up. The actress confirmed the news with an Instagram post on Feb. 2. In the pic, she looks incredible while wearing a denim dress in front of a trailer. However, it’s the caption that had everyone talking. “Lots on my mind,” Rebel wrote. “Aggggggh. #Single-girl-headed-to-Super-Bowl.”

The news that Rebel was ‘single’ came as a bit of a surprise to fans, as she and Jacob were going strong as of December. Their last photo together was on Christmas Eve, as they enjoyed a winter getaway with friends for the holidays. During the trip, Rebel posted a photo of herself and Jacob kissing in the snow. It’s unclear what happened in the last month and a half. HollywoodLife has reached out to reps for both stars for comment. 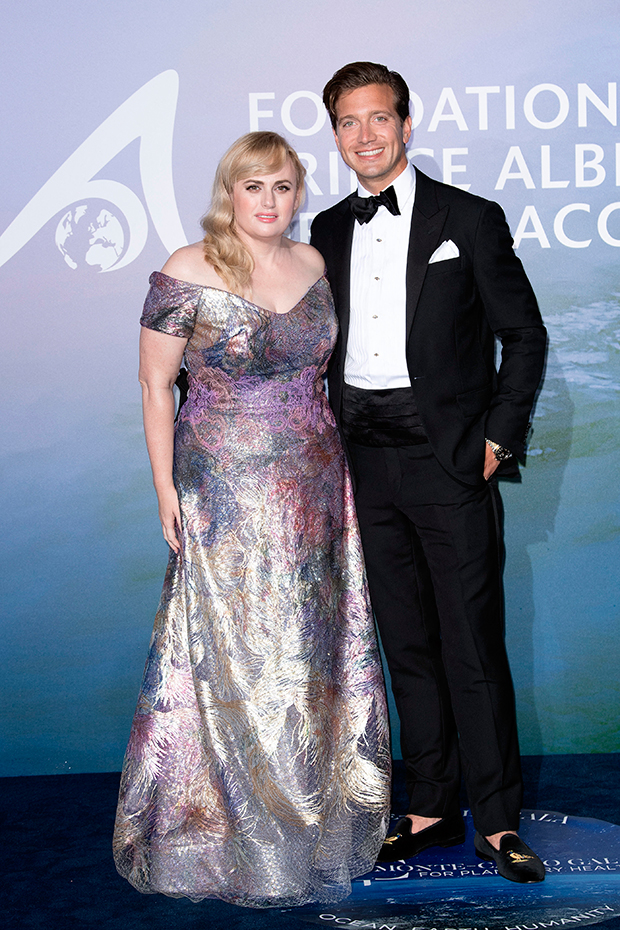 News of Rebel’s relationship with Jacob, who used to date Adrienne Maloof, broke at the end of Sept. 2020. After they went public with the relationship on social media, they attended their first red carpet event as a couple. The high-profile event was followed by a romantic getaway in Europe, where they soaked up the sun and weren’t shy about showing off PDA pics on social media.

It’s unclear exactly how long Rebel and Jacob have been dating, but in a Dec. 2020 Q&A, she hinted that they were together for quite a bit of time before going public. Throughout 2020, Rebel lost 60 pounds, but said in the Instagram Live that she started dating Jacob before her dramatic weight loss. “We dated before I started any of this health journey, as well as now” she revealed. “So, goes to show you ladies you don’t have to be a certain size to get a boyfriend!”

Rebel has been very open about her health journey, and recently admitted that her life has changed drastically since she shed the weight. “I think what’s been really interesting is how people treat you,” she said on Jan. 27. “Sometimes, being bigger, people don’t necessarily look twice at you. Now that I’m in good shape, people offer to carrie my groceries to the car and hold doors open for [me].” The 40-year-old has taken fans along on her journey by sharing videos of her intense workouts on social media. The hard work has definitely paid off!