Lil Nas X is no longer holding back. The “Old Town Road” rapper took to Twitter on Sunday, June 30, and seemingly came out as gay on the last day of Pride Month.

“Some of y’all already know, some of y’all don’t care, some of y’all not gone [f–k with me] no more. but before this month ends i want y’all to listen closely to c7osure,” the 20-year-old artist, whose real name is Montero Lamar Hill, wrote alongside the rainbow emoji, which is the universal symbol for the LGBTQ community.

The song Nas referred to in his tweet is off his new EP, 7, and is all about being free. Lyrics in the second verse of the tune read: “Ain’t no more actin’ / Man that forecast say I should just let me grow / No more red light for me, baby, only green, I gotta go / Pack my past up in the back, oh, let my future take a hold / This is what I gotta do, can’t be regretting when I’m old.”

Followers flooded the Atlanta native’s Twitter feed with their support after his message. “Ik what you’re talking about and I accept you bro, everyone should tbh you coming out shouldn’t change people’s views about you cause at the end of the day you’re still the same lil nas X we all know and love!” one fan wrote. Another added: “I’m so proud of you Nas ❤️ diamond record, topping charts and making history for people like us. You are so brave & we supporting til the END 🌈.”

Nas later added, “Deadass thought i made it obvious” along with a photo from his EP cover art that shows a rainbow graphic.

Earlier on Sunday, Nas took the stage with Miley Cyrus and her dad, Billy Ray Cyrus, at the 2019 Glastonbury Festival, where the rapper and Billy Ray, 57, delivered an epic performance of their “Old Town Road” collaboration. Many fans in attendance for Miley’s set at the music fest donned rainbow clothing and proudly showed their support for the LGBTQ community, waving flags while she performed. 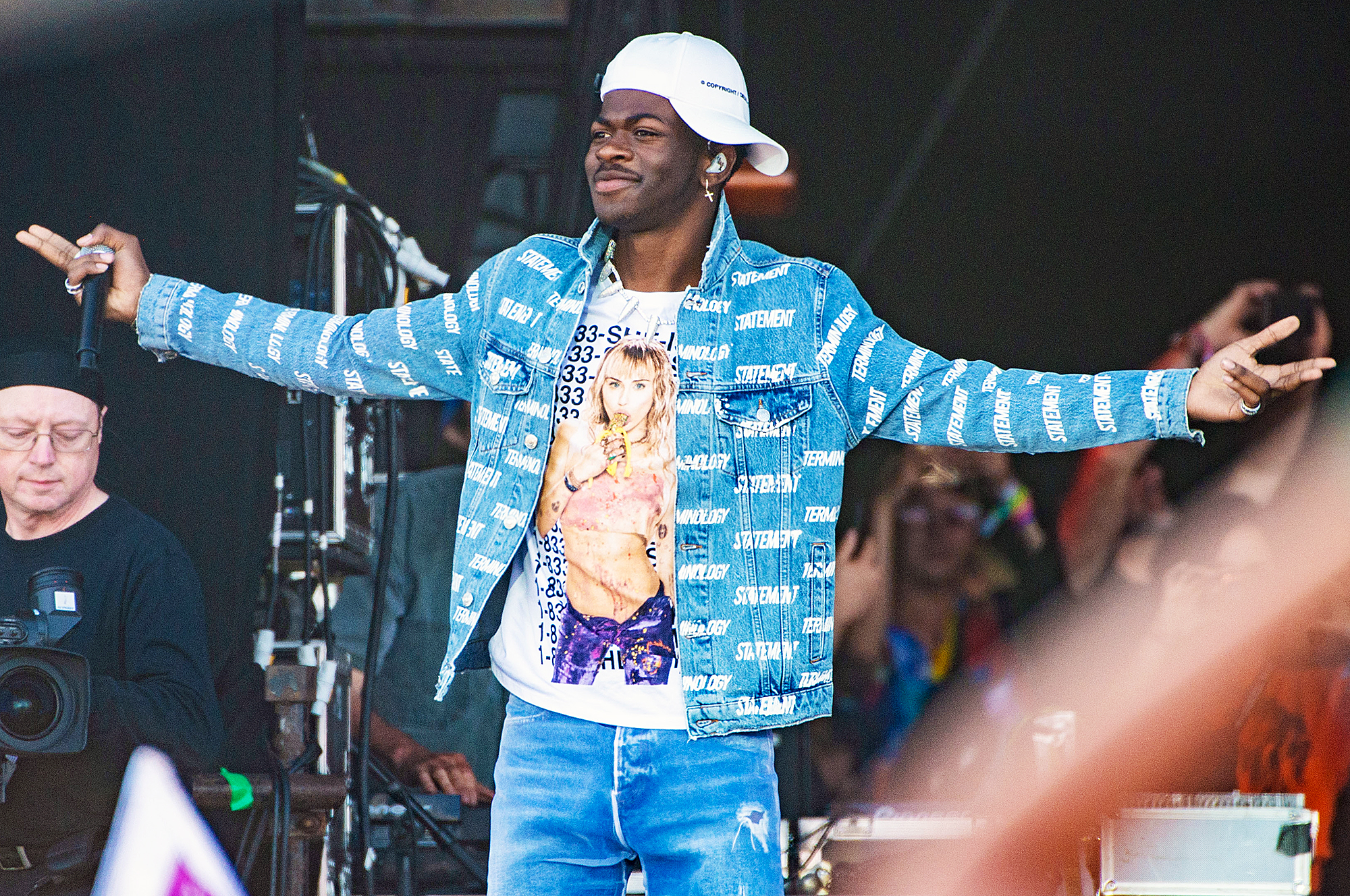 The Hannah Montana alum — who is an active advocate of the community — founded the Happy Hippie Foundation in 2014. “Our mission is to rally young people to fight injustice facing homeless youth, LGBTQ youth and other vulnerable populations,” the mission statement on the nonprofit’s website reads.