A sweet tribute. Prince Charles included a photo of him and his late father in the notes sent to thank fans for their support following Prince Philip‘s death.

“The Prince of Wales thanks you so much for your very kind message of sympathy,” read the card, which was shared on social media by recipients on Saturday, May 1. “His Royal Highness has been enormously touched by the many generous messages that have been received in recent days; they have provided great comfort at this very sad time.”

The note concluded, “The Prince of Wales sends you his warmest thanks and best wishes.”

The message came with a black-and-white photo from 1958 of a young Charles, now 72, and Philip driving a motorboat. 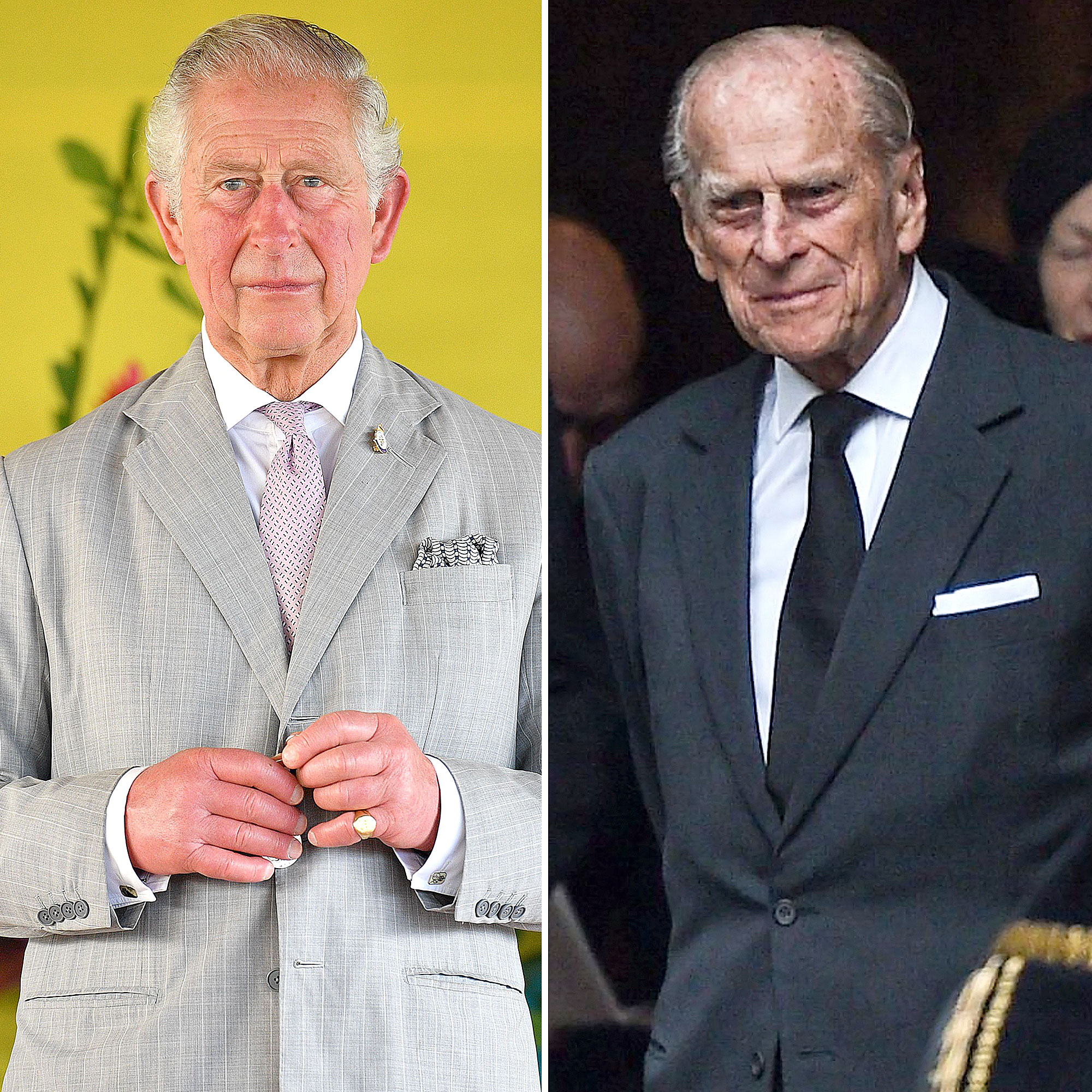 The late Duke of Edinburgh died at the age of 99 on April 9. His eldest son shared a meaningful speech dedicated to his father at the time.

“I particularly wanted to say that my father, for I suppose the last 70 years, has given the most remarkable, devoted service to The Queen, to my family and to the country, but also to the whole of the Commonwealth,” the Prince of Wales said in a public address the day after Philip’s passing. “As you can imagine, my family and I miss my father enormously. He was a much loved and appreciated figure. Apart from anything else … I’m so deeply touched by the number of other people here and elsewhere around the world and in the Commonwealth who also share our loss and our sorrow.”

Charles spoke about his “dear papa,” who was “a very special person” and would have been “amazed” by all the tributes pouring in. “We are deeply grateful for all that,” he added. “It will sustain us in this particular loss and at this particularly sad time.”

While Charles honored his late father with a heartwarming celebration, his relationship with his own son Prince Harry continues to be strained after the 36-year-old prince flew to London from his new home in California to attend his grandfather’s memorial. It was his first time back in the U.K. since his final engagement as a senior royal in March 2020.

“Unfortunately, Harry and Charles didn’t resolve their differences when Harry returned to the U.K. They barely communicated,” a source revealed exclusively to Us Weekly after the funeral. “There definitely continues to be a huge wedge between the two.”

Things between the father-son duo have been tense in the wake of Harry’s CBS tell-all with wife Meghan Markle, which aired in March.

“Charles is still fuming about Harry throwing shade at him and the royal family in the big interview and won’t let it drop,” the insider told Us. “But to be honest, Harry didn’t go running back to Charles begging for forgiveness either. He still hasn’t forgiven his father for his lack of effort and support after he and Meghan decided to move. The reason Harry went back to the U.K. was to see the queen and to pay his respects to Prince Philip. That’s about as far as it goes.”

During the bombshell interview, Harry revealed that his father had “stopped taking my calls” after the Duke and Duchess of Sussex announced their decision to step back as senior members of the royal family in January 2020. However, he later confirmed that he and his dad have since started speaking again.

“I will always love him, but there’s a lot of hurt that’s happened,” Harry said at the time. “And I will continue to make it one of my priorities to try and heal that relationship.”

Unfortunately, Harry’s trip to the U.K. didn’t improve the tension between him and his father. As for Charles’ priorities, the heir to the British throne is currently focused on the future. “Charles is working toward a new slimmed-down monarchy and is freezing Harry out. He’s actually already out,” a source told Us. “After the damage Harry has caused the family, he firmly believes that his son doesn’t deserve the privilege of being a royal.”

Only time will tell where the relationship between Charles and Harry will end up, but a reconciliation may not be in the cards. According to the insider, “To put it bluntly, it’s unlikely that we’ll be seeing Harry and Charles making amends anytime soon.”