Post Malone is making good on his $20,000 bet with YG … finally paying up 9 months after his beloved Dallas Cowboys lost to the L.A. Rams in the NFL playoffs. 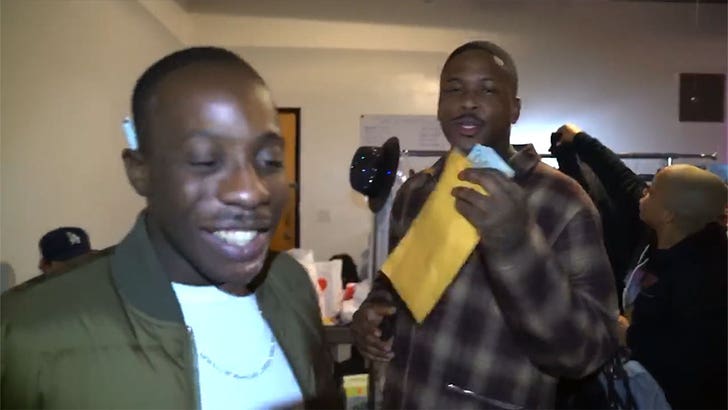 Posty had his manager, Dre London, personally deliver the cash to YG in a manila envelope Monday in Los Angeles. The handoff went down on the set of Tyla Yaweh‘s music video shoot for his collab with YG, “I Think I Luv Her.”

As you know … Post Malone is a huge Cowboys fan, and he put a ton of action on their playoff game, back in January, against the Rams. YG’s a big supporter — the Compton rapper sits in an endzone suite at pretty much all of the Rams’ home games — and loves talking trash to his opponents.

Posty and YG sat together when their squads squared off … and after the ‘Boys took a fat L against Sean McVay‘s Rams, YG wouldn’t let Post live it down.

YG’s been hounding Post for the cash ever since, and now PM’s finally kept up his end of the bet.

Related posts:
10/09/2019 Celebrities Comments Off on Post Malone Pays Up on $20k Bet with YG for Cowboys Loss to Rams
Recent Posts
We and our partners use cookies on this site to improve our service, perform analytics, personalize advertising, measure advertising performance, and remember website preferences.Ok