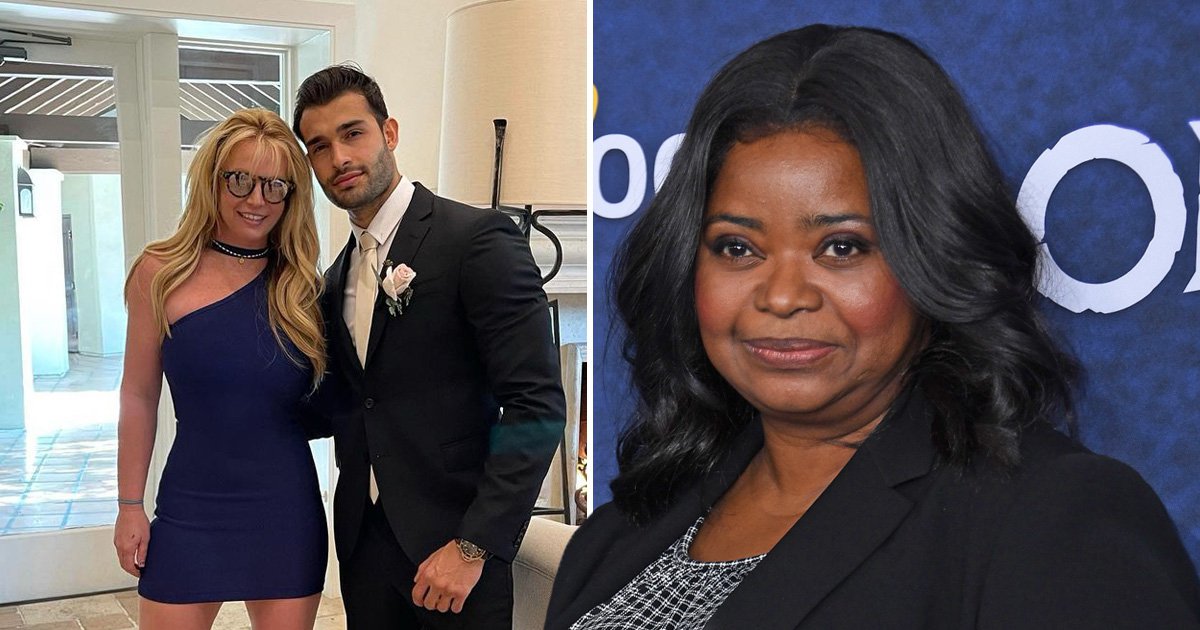 Octavia Spencer has apologised to Britney Spears and Sam Asghari over her ‘prenup’ comment, following their engagement.

The Baby One More Time singer confirmed her engagement to her long-term boyfriend over the weekend, sending fans into a spin.

As we all recovered from the good news, the Ma actress slid into the comments below to jokingly suggest that her beau pens a prenuptial agreement before their big day.

Taking to Instagram, she explained that there was no malice behind the comment, and that she had apologised to the lovebirds.

Beside a snap of the happy couple, Octavia told followers: ‘Y’all, a few days ago Sam and Britney announced their engagement and me being me I made a joke.

‘My intention was to make them laugh not cause pain. I’ve reached out to this lovely couple privately to apologise and now want to restore just a smidge of happiness they were robbed of.

‘Britney’s fans have seen her through a lot of pain and she’s found happiness.’

The star added: ‘We’re thrilled for her. So let’s show them love. #nonegativity.’

There seemed to be no hard feelings towards Octavia, as Sam replied to her initial comment under Britney’s post with a ‘100’ emoji.

The actor later joked about protecting his own assets on his Instagram story.

He said at the time: ‘Thank you everyone who is concerned about the prenup!

‘Of course we’re getting iron clad prenup to protect my jeep and shoe collection in case she dumps me one day.’

Britney met her now-fiancé met on the set of the Slumber Party music video in 2016, and have been inseparable ever since.

Although Sam is doing pretty well for himself, his bride-to-be is believed to be worth around $60million (£43m), so you can understand why she might want to protect her assets.

The prenup speculation comes after the Toxic singer left fans concerned this week when her Instagram disappeared, with all her posts and follower count wiped.

Many were baffled over the move, and quickly speculated over where exactly her profile had gone, as her Twitter page was still live.

Thankfully, Britney quickly cleared up the move, adding that there was nothing to be concerned about.

‘Don’t worry folks… just taking a little break from social media to celebrate my engagement!!!!,’ she told followers, before promising: ‘I’ll be back soon.’