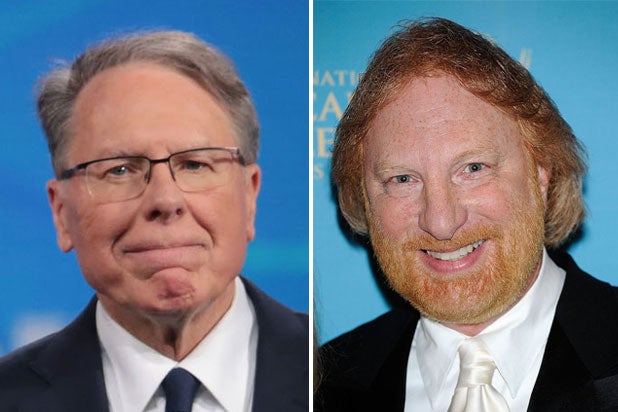 “They simply let me use it as a security retreat because they knew the threat that I was under. And I was basically under presidential threat without presidential security in terms of the number of threats I was getting. And this was the one place that I hope could feel safe, where I remember getting there going, ‘Thank God I’m safe, nobody can get me here.’ And that’s how it happened. That’s why I used it,” LaPierre said of the boat, christened “Illusions.”

LaPierre sought refuge on the vessel “the summer after the Sandy Hook shooting.” His last stay was “sometime in 2018 after the Parkland shooting.” The NRA filed for bankruptcy in Texas after New York State Attorney General Letitia James brought a lawsuit against the organization last year. Monday was the first day of hearings in the bankruptcy case.

McKenzie, an Emmy-winning producer and president of the production company Associated Television International Inc., is a prominent figure in James’ lawsuit. The producer is not explicitly named in the lawsuit but is the “principal stakeholder in several businesses that have business relationships with the NRA” that received over $100 million from the NRA, according to reporting from the Wall Street Journal last summer.

The suit also said that the “principal stakeholder” paid for LaPierre’s trips to the Bahamas and mentioned that LaPierre used the 108-foot yacht, which is “equipped with four staterooms, a 16-foot jet boat, and two jet skis,” as well as that LaPierre flew on a private jet to see McKenzie in Los Angeles at least 20 times from 2013 to 2017.

Despite the NRA’s bankruptcy trial, LaPierre continues to champion the organization, including a speech at February’s Conservative Political Action Conference (CPAC) in Orlando, Florida.