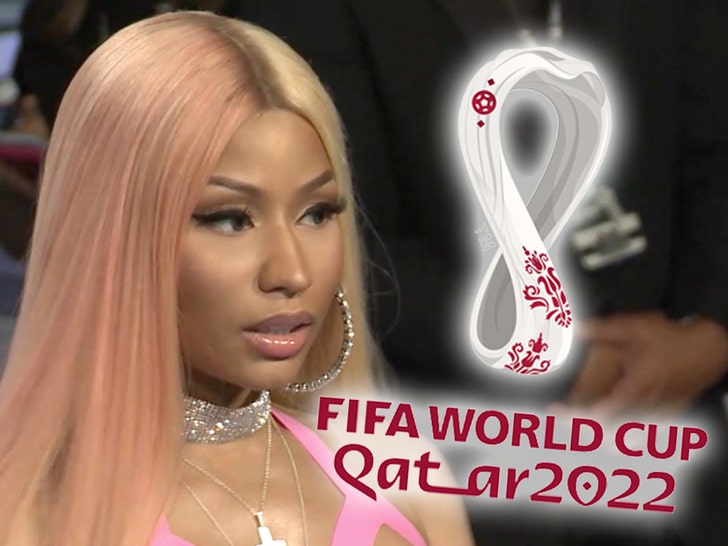 Nicki Minaj has no time for any 2022 World Cup controversies … the Barbz rapper has been enlisted for “Tukoh Taka” the official FIFA Fan Festival anthem!!!

The song is a collaboration between Nicki, Colombian singer Maluma and Lebanese singer Myriam Fares and delivers lyrics in 3 different languages — English, Spanish and Arabic to cater to the global soccer audience.

“Tukoh Taka” translates to “click clack” in Yankee talk and the 3 megastars all display their presence in the video.

Edgar Esteves and Juan Felipe Zuleta direct the high-octane visual … which splices between cut scenes of fútbol highlights, Nicki gyrating on a school bus and Maluma and Myriam Fares performing in a green-screened desert.

World Cup action kicks off starting Sunday from Qatar … but this year’s event has many pundits raising eyebrows as festivities are underway.

Unlike Nicki, artists such as Dua Lipa and Shakira have refused to participate in Cup performances … citing various alleged human rights infractions in the country. 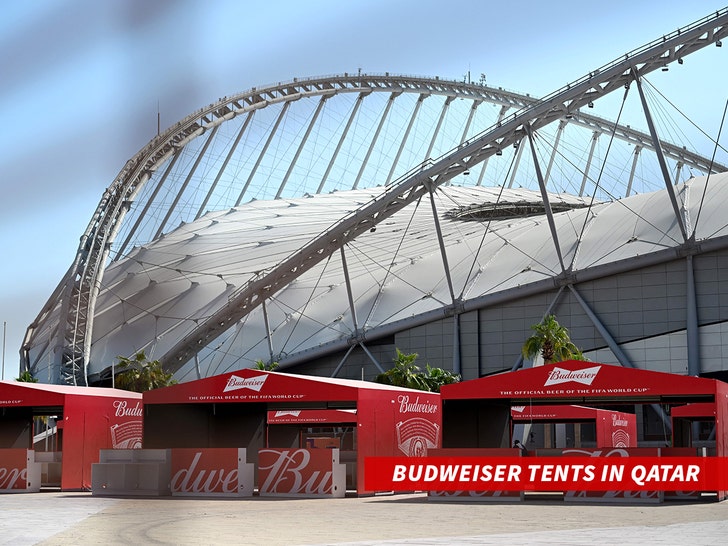 Nicki’s not on the World Cup artist island alone, however … Sean Paul, J Balvin, Black Eyed Peas and more will also be performing throughout the competition.