The ‘Carnival Row’ actress and the daughter of Michael Jackson further fuel the dating speculation as they are seen leaving Oscars 2021 afterparty together.

AceShowbiz –Cara Delevingne and Paris Jackson may be an item. Three years after they were linked romantically, the “Carnival Row” actress and the daughter of Michael Jackson sparked romance rumors yet again after showing off matching tattoos.

On Monday, April 26, Paris took to Instagram Story to unveil a photo that showed matching red rose tattoos on her and her rumored girlfriend’s arms. Hours later, she turned to her feed to share a picture of the two posing next to each other. 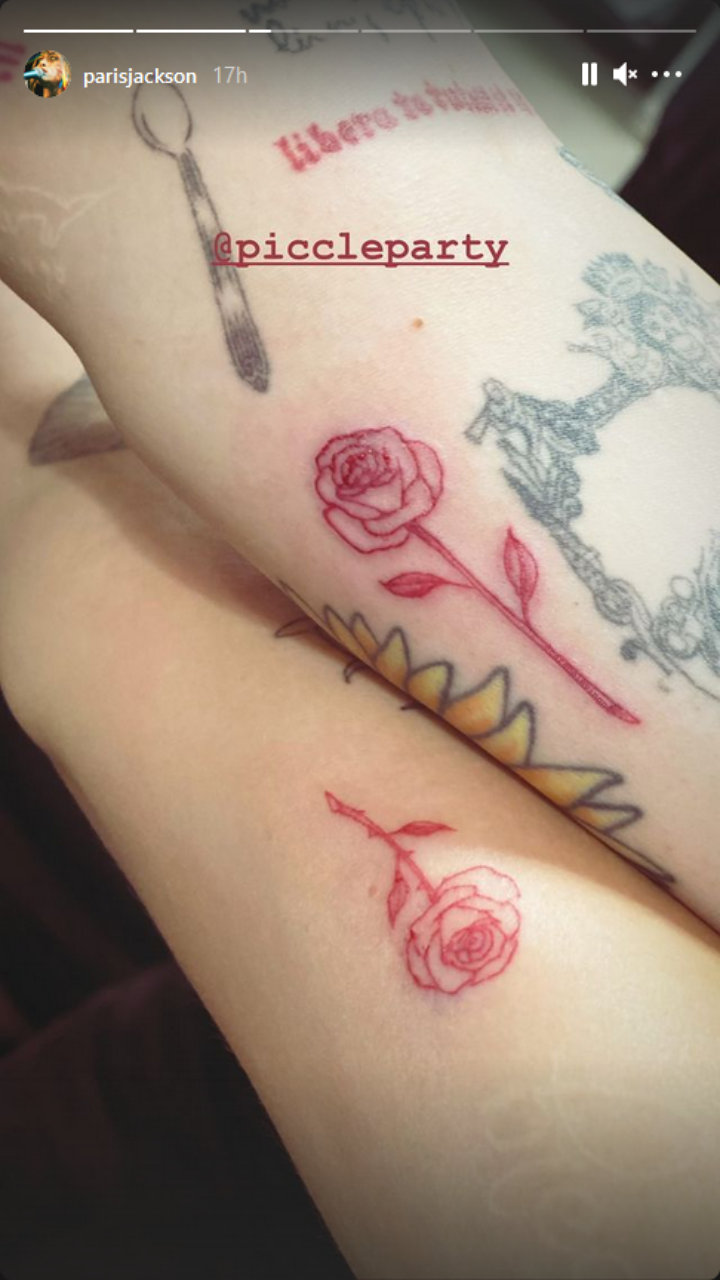 Also putting out the second snap was Cara on her own Instagram page. The image saw her wearing a Ronald van der Kemp tuxedo top and pants. As for Paris, she opted to go with a Monique Lhuillier dress.

Cara and Paris further fueled the dating speculation as they were spotted leaving Oscars 2021 afterparty together. In some pictures obtained by Page Six, they could be seen smiling as they were seated in a car side by side.

Both models first sparked dating rumors back in November 2017 after they were seen holding hands while leaving a nightclub. In the following month, the “Suicide Squad” star invited the singer as her guest of honor to the Christmas Burberry X Bash in London.

In March 2018, Paris shared a clip of her and Cara cuddling up while watching 2015’s romance film “Carol“. However, in August the same year, the latter confirmed her relationship with Ashley Benson. They split after two years of dating.

While Cara has identified herself as pansexual, Paris once stated that she doesn’t label her sexuality. “I don’t feel like there is a label for my sexuality that fits. Labels in general, not just for sexuality but for everything, I think, are just ways for humans to make sense of the world, to be able to compartmentalize,” Paris told People. “We’re getting past the need for labels. It’s beautiful.”