Cops have issued Myles Garrett a citation over his car crash on Monday — saying the Cleveland Browns star appeared to be speeding before he wrecked his Porsche.

According to the Ohio State Highway Patrol, Garrett seemed to be using an “unsafe speed for the type of roadway being traveled” just before the accident in Sharon Township, Medina County.

Officers issued him a citation for failure to control his car.

According to a crash report, obtained by TMZ Sports, Ohio State Highway Patrol officers arrived on the scene of the accident at around 3:13 PM  — and said a witness told them Garrett “came over the hill flyin’, went airborne, took the fire hydrant out and rolled three times.” 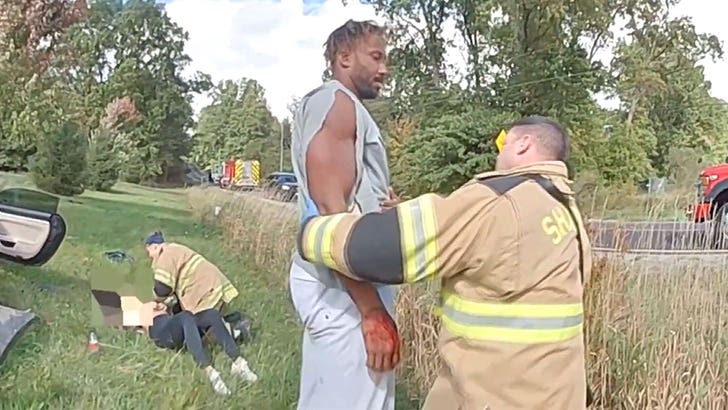 Officers say they then made contact with Garrett — who had a laceration on his right hand. They say Garrett complained of pain in his wrist/hand, right bicep, and left shoulder. They also say he told them the left side of his face was hurting.

Garrett told officers, according to the docs, that he wasn’t sure how he ended up wrecking the vehicle.

“I don’t know if something came,” cops say Garrett told them, “I moved out the way of that.”

Cops reiterated on Thursday that they don’t believe alcohol or drugs played a role in the crash. They also said distracted driving was not suspected.

Officers also revealed Thursday that Garrett’s passenger was a 23-year-old woman who was not seriously injured. 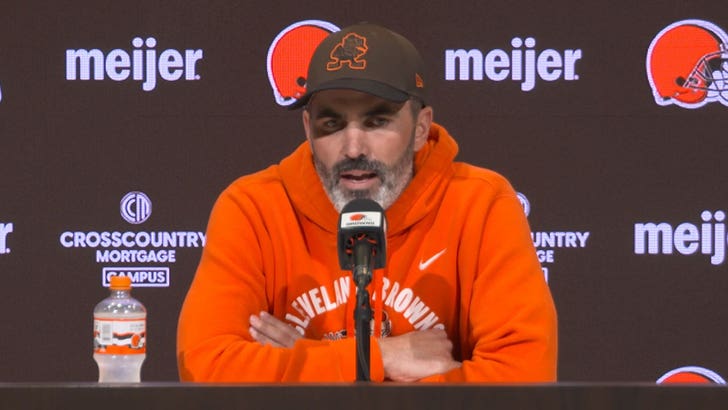 The Browns say Garrett suffered a shoulder sprain and bicep strain in the wreck. Head coach Kevin Stefanski has yet to rule him out of Sunday’s game against the Atlanta Falcons.