Leaving all aspects of royal life behind was not initially a part of Meghan Markle and Prince Harry’s plans.

In the book Finding Freedom, authors Carolyn Durand and Omid Scobie reveal what the couple had in mind following their royal step down. “He and Meghan didn’t want to completely walk away from the monarchy,” the book reads. “Rather, they wanted to find a happy place within it.”

The authors wrote that the British Army vet, 35, “felt as though he and Meghan had long been sidelined by the institution.” Harry also felt that the couple “were not a fundamental part of its future.”

Meghan, 39, and Harry announced their exit from their senior royal positions on January 8 via Instagram. In their statement, the pair said that their decision to leave came “after many months of reflection and internal discussions” and they aimed “to carve out a progressive new role within this institution” and “work to become financially independent.” In addition, they said they would continue supporting Queen Elizabeth II. 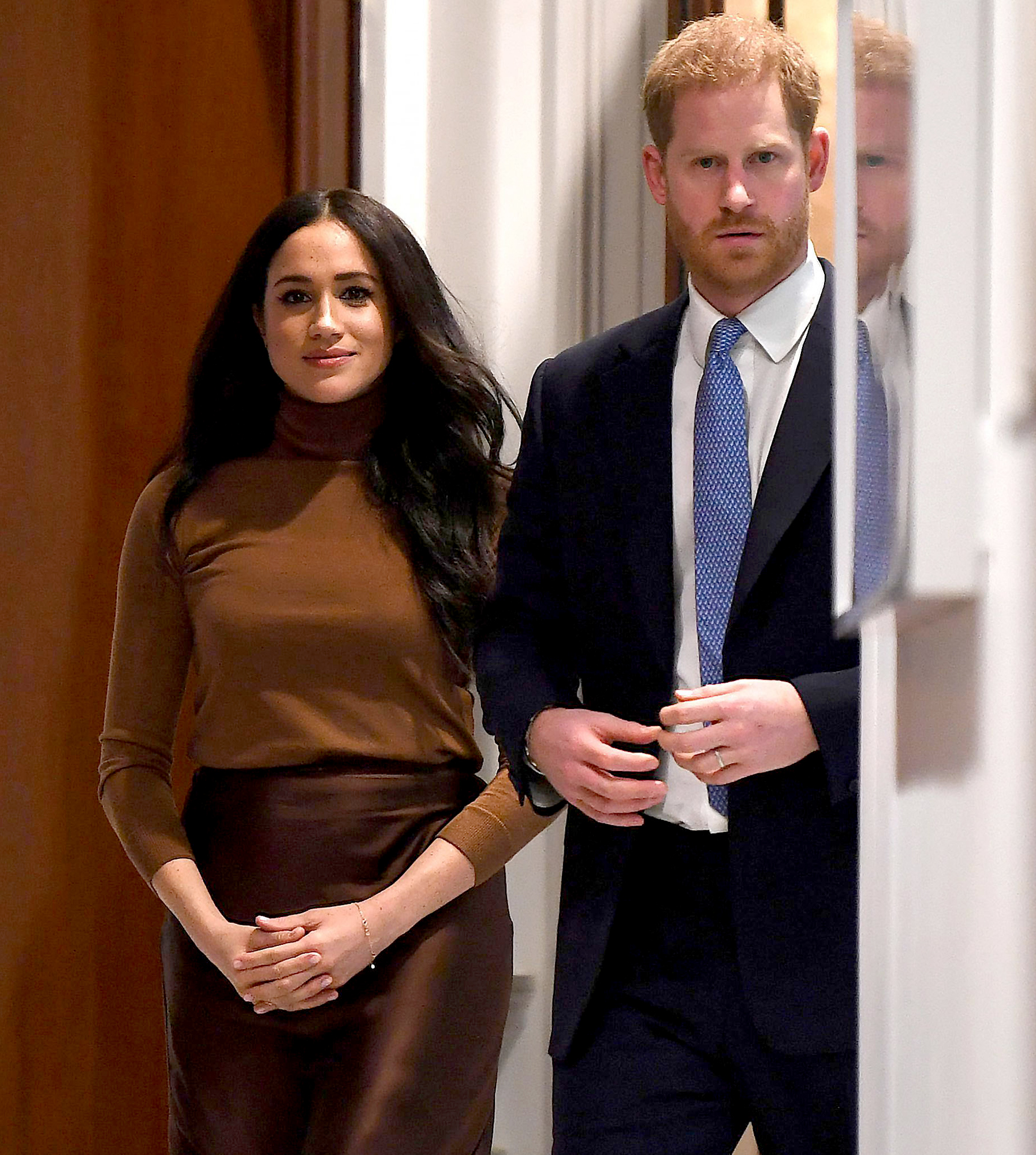 Prince Harry and Meghan Markle: A Timeline of Their Relationship

The day after the pair’s announcement, the 94-year-old monarch called an emergency meeting with Prince Charles and Prince William to discuss the next steps. Harry later met with the trio at the queen’s estate in Sandringham, England, to figure out his and Meghan’s future roles within the royal family.

“Today my family had very constructive discussions on the future of my grandson and his family,” she said in a statement on January 13. “My family and I are entirely supportive of Harry and Meghan’s desire to create a new life as a young family. Although we would have preferred them to remain full-time working Members of the Royal Family, we respect and understand their wish to live a more independent life as a family while remaining a valued part of my family.”

Finding Freedom claims the Suits alum previously told a friend, “I gave up my entire life for this family. I was willing to do whatever it takes. But here we are. It’s very sad.”

Harry, for his part, ultimately “wanted out” from their senior roles within the British royal family. “Deep down, he was always struggling within that world. She’s opened that door for him,” the book says.

A spokesperson recently told Us Weekly that the content featured in Finding Freedom is “based on the authors’ own experiences as members of the royal press corps.” According to a source, William, 38, believes Meghan and Harry were involved in the book.

“William thinks the book is their calculated way of controlling the narrative and that they took advantage of their entertainment contacts so they’d be painted in a favorable light,” the source told Us.

Following their royal exit, Meghan and Harry settled in California with their 15-month-old son, Archie. The former Tig blogger also served as the narrator for Disneynauture’s Elephants, while Harry launched a wellness website to benefit members of the armed forces and appeared in a special episode of Thomas and Friends.

08/12/2020 Celebrities Comments Off on Meghan and Harry Didn’t Want to ‘Completely Walk Away’ From Royal Duties
Recent Posts
We and our partners use cookies on this site to improve our service, perform analytics, personalize advertising, measure advertising performance, and remember website preferences.Ok